As Spain brought an end to Italy’s historic 37-game unbeaten run to progress to Sunday's UEFA Nations League final, there was one player who stood out among the rest. Young attacker Ferran Torres has found his game time limited at the Etihad Stadium so far this season, but his performances and goals for La Roja will have given Pep Guardiola food for thought.

The 21-year-old Spaniard scored a brace against the European champions to bring to an end a jaw-dropping international record, with the Azzurri’s unbeaten run having started way back in October 2018, just five months into Roberto Mancini’s reign. It was also Italy's first competitive defeat on home soil since 1999. The Manchester City star has been one of the hottest prospects in the game for a while now, but he is already establishing himself as a key cog in the Spanish machine guided by Luis Enrique. The dynamic attacker has featured 21 times for his country and found the back of the net on 12 occasions. He will be firing himself up for the crunch clash with France at San Siro in Milan and will be eager to continue his fine form in front of goal.

Finding the back of the net was La Roja’s problem at the beginning of Euro 2020, with out-and-out centre-forwards Alvaro Morata and Gerard Moreno struggling to make an impact in the early stages. Spain were dominating possession but not doing anything with it. Morata eventually finished the tournament with three goals to his name but his inconsistent performances showed his boss that he could not be relied upon. It appears as though Torres could now make that spot his own as he continues to shine on the biggest stage. Luis Enrique knows that Spain, for all their skilful ball retention, need a prolific goalscorer just as any other nation does. Although Torres has mainly played on the right side of Enrique’s front three, that has not held him back from pulling into threatening positions and getting on the scoresheet frequently for his nation. 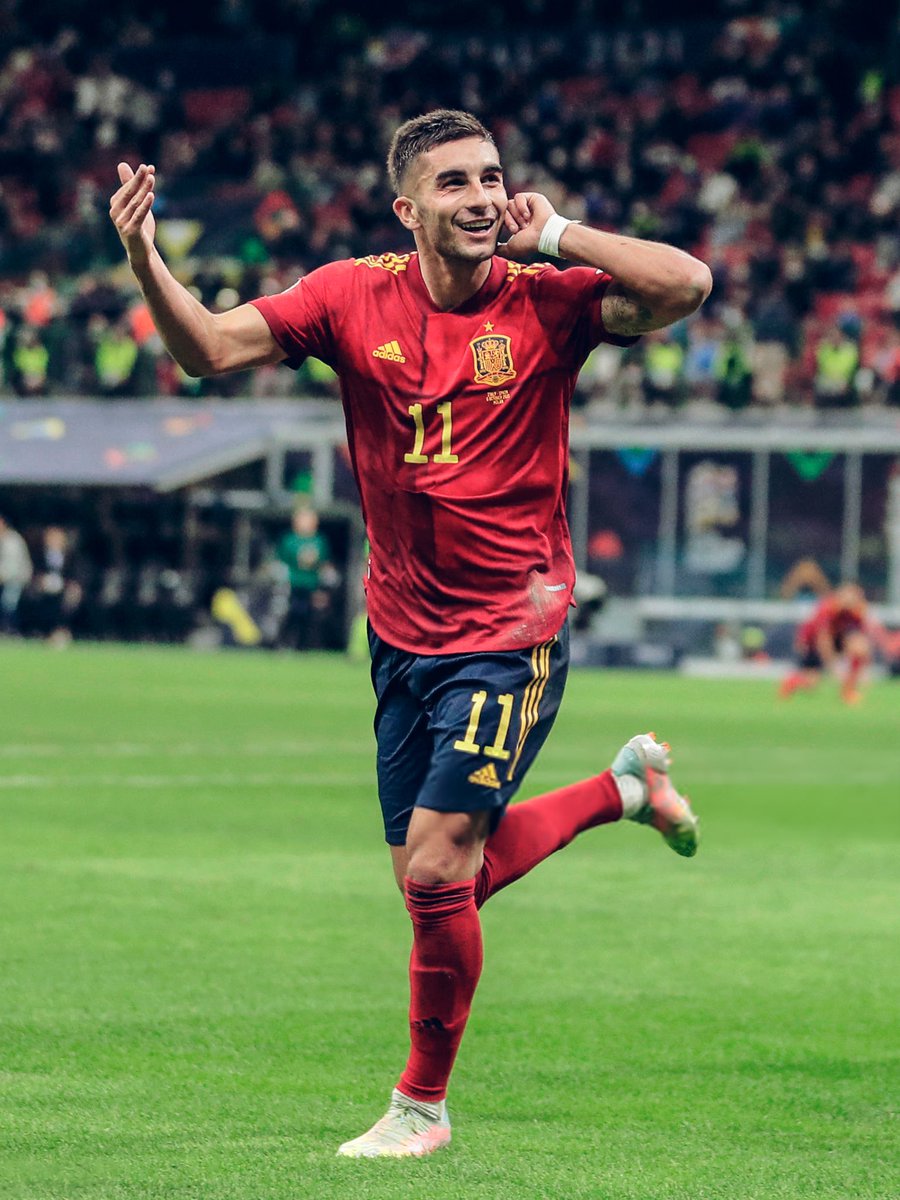 For his first goal against the Azzurri in the semi-final, he saw the space that he could exploit to meet a cross that would come in from Mikel Oyarzabal. He made sure he had plenty of room away from defender Alessandro Bastoni and used his pace to burst forward to meet his compatriot’s cross, timing his run to perfection before guiding his first-time effort past a helpless Gianluigi Donnarumma. His second goal was similar again as he peeled off from his defender expecting another cross from Oyarzabal, and with plenty of time and space at the far post he was able to head in Spain’s second of the game. His reading of the game is excellent for such a young player and that benefits his movement, which is as good as any of the best strikers in the world.

A lot of people will be hoping he can carry on his fine form for La Roja, especially City fans. There has been plenty of talk since the closing of the summer transfer window about City’s failed attempt to bring in Tottenham Hotspur striker Harry Kane, leaving Guardiola with Gabriel Jesus as the only recognised striker in his squad. The Brazilian, like Torres, Jack Grealish and Raheem Sterling, has played all across the front three so far this season as once again the Spanish boss has tinkered with his front three.

Torres has only made four appearances in the Premier League so far this term but he is joint-top scorer for the club with Jesus on two goals, both of which he scored in the 5-0 thrashing over Arsenal while also registering his only assist of the season in that same game. Guardiola most recently deployed Grealish in the false nine position in the 2-2 draw with Liverpool, but the £100 million man could not have the same impact he would have in his usual wide position. The City boss cannot ignore the form of Torres for Spain for much longer. With the right mentoring and regular game time leading the line, he could be moulded into the striker that could fill the void left by Sergio Aguero as well as evolving into the Premier League’s newest dangerous Spanish forward with the name F. Torres.