It might not be conventional. It might be difficult for the match-going layperson to work out on the fingers of two hands. But the decision to again have the Betfred Super League decided on points percentage is the inevitable consequence of playing a second season against the backdrop of the Covid-19 pandemic.

The Super League board announced on Sunday that, just as in 2020, this year’s placings will not be judged on total points, with an acceptance from the off that rugby league will potentially be hugely affected by quarantine issues. With teams unlikely to fit in the full 25-round campaign due to the truncated season, this was the only way to go.

Obviously, everybody hopes that the 2021 Betfred Super League will be nowhere near as chaotic as 2020 was. There was the five-month break in play, constant rearrangements,  clubs stepping up at as little as 24 hours’ notice to fulfil fixtures, the change to points percentage standings and even an early end to the regular season and subsequent expanded play-offs.

How often did our teams get told on a Tuesday that their Thursday game couldn’t be played because their proposed opponents had recorded a number of positive tests? And on how many occasions were they asked to take on a different side entirely in order to help move the season along without adding to the later disruptions? 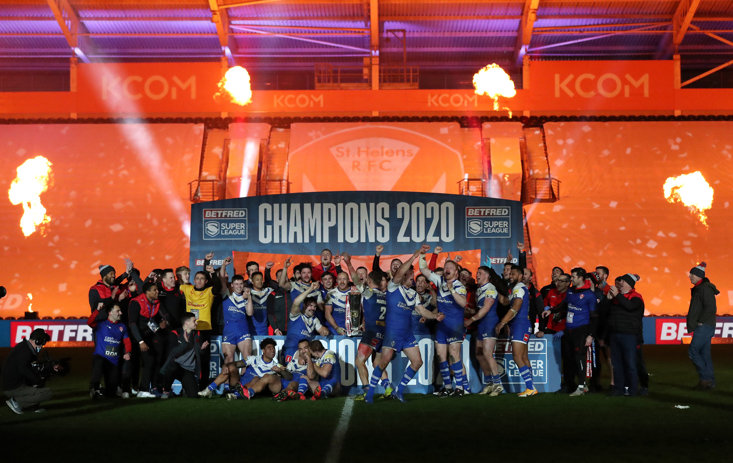 But while there should be a gradual move towards normality, it would be naïve to expect this to be a normal rugby league season. For a start, the calendar only gets underway on 26 March, eight weeks later than has become the norm, with 25 rather than 27 rounds being scheduled. With a number of midweek fixtures already needing to be fulfilled and a Rugby League World Cup starting in late-October, there simply isn’t the wriggle room necessary to demand that all teams fulfil their 25-match schedule.

The edict that clubs must play at least 17 matches to be considered for the play-offs is a sensible one, especially in a league which goes into its 24th year in the finals format. A team won’t be crowned champions on the strength of 17 games to somebody else’s 25. All it buys them is a play-off ticket.

The points percentage decision might not be to everybody’s taste, but it is an inevitability. Rugby league can’t cater for the regularity of testing that football has. There is no hope of creating a bubble environment as happens in international cricket. What rugby league can do, though, is adapt, and accepting a shortage of fixtures is the best way of doing that.

The bottom line is that Super League action will soon return to the field. Before too long, fans will be back in the stands – in limited numbers at least, to begin with. And we will get our Grand Final night back at Old Trafford come 9 October ahead of what should be a unique Rugby League World Cup experience. We can’t ask for any more than that after the past 12 months, whatever the maths that goes into it.