Football
News
The time spent in deeper and wider positions has been detrimental to the forward
Kevin Stewart
16:36, 01 Oct 2019

Tottenham host Bayern Munich tonight in the Champions League and after a less than satisfactory start to the season, Mauricio Pochettino’s men will be looking at their game against the Bavarian giants as the perfect springboard to finally kick-start their season.

To do that, however, they need to address how to get the best out of their talismanic striker.

Don't get us wrong, Harry Kane is hardly enduring what anyone could call a dry spell - the England captain has scored five times and provided one assist in the opening seven Premier League games of the 2019-20 season, as well as notching in the Champions League and on international duty. But it's fair to say he hasn't been quite as prolific in the top flight as he was a couple of years ago.

He's currently three goals behind Sergio Aguero in the scoring charts, while Tammy Abraham and Pierre-Emerick Aubameyang both have seven goals to their name, Raheem Sterling and Teemu Pukki each have six, and Jamie Vardy and Callum Wilson are level-pegging with Kane on five, whilst the likes of Sadio Mane and Mohamed Salah aren't far behind. He's definitely in for a tough battle as far as the race for the Golden Boot is concerned.

In the 2017-18 season, Kane took 184 shots. In the last 10 years, only Luis Suarez (187 in 2012-13) has attempted more in a single season. Last season, however, Kane's shot and goal rates-per-game were at the lowest of his career, and he certainly hasn't been firing on all cylinders in this campaign so far.

Now, it could be argued that his game has been affected by any one of a number of factors - his recurring ankle injury, being overplayed, bulking up too much, Mauricio Pochettino's recent tactics, or something else entirely - but the likelihood is that it's mainly down to the fact he's spending an awful lot of time looking for the ball in deeper and wider positions than he’s used to.

amit
@amitTHFC
My concern is Harry Kane won't bag 20 this season. He's clearly taken up that role to drop deep and provide service to others rather than receive service himself
0
2

That's typically selfless of him. Harry Kane is a bona fide team player, but it's resulted in his productivity dropping and it leaves Spurs without a focal point in attack.

Kane is certainly quicker than a lot of people give him credit for but he's not what anyone would ever describe as a speedster, so his wandering means he often falls behind the play and struggles to get on the end of any final balls that get delivered into the area.

When he does score goals from open play, however, they nearly all seem to come from central positions in the 18-yard box - on the increasingly rare occasions that he does actually venture in there, that is - which is very telling. Kane is definitely at his most dangerous in the box. 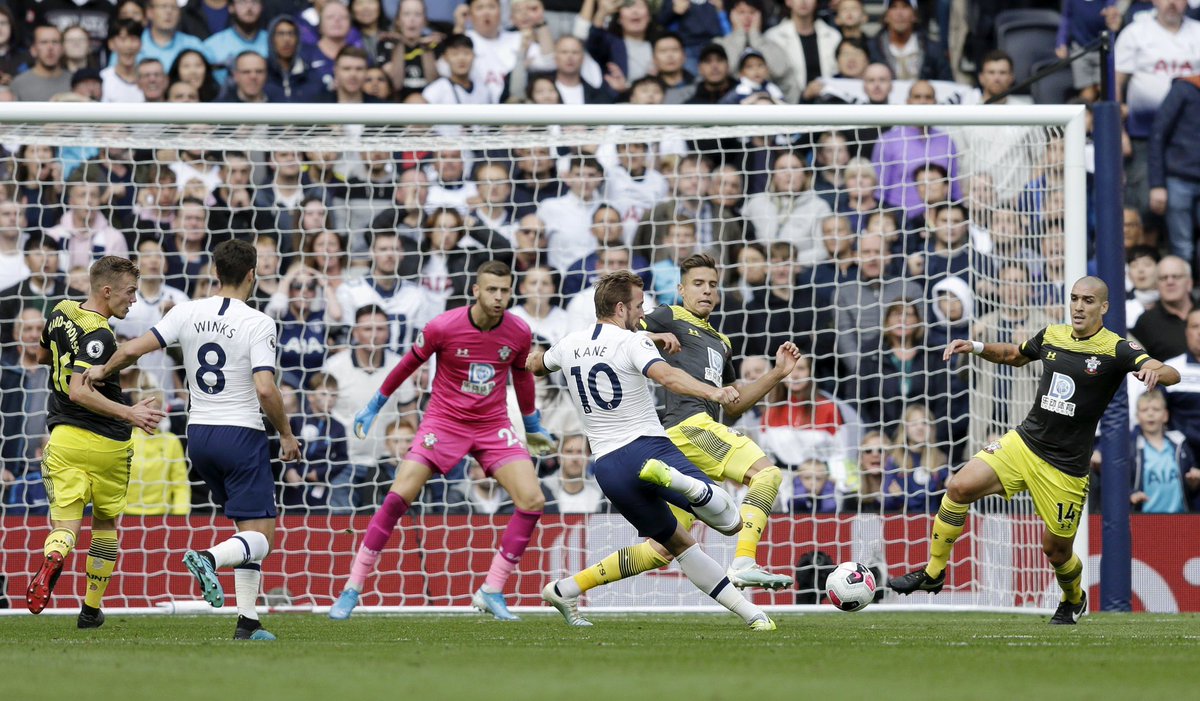 He was also, undoubtedly, at his best in a 4-2-3-1 system, with Son Heung-min, Dele Alli and Christian Eriksen playing behind him. Spurs' new diamond midfield formation may be the reason for Kane's tendency to spend more time in deeper and wider positions, so should Pochettino revert to that 4-2-3-1 in order to get the best out of his star man?

Tottenham's number 10 is a world-class striker, there's absolutely no doubt about that and his current productivity would be considered as being satisfactory for most players but, given what we know Harry Kane is actually capable of, he's certainly playing within himself.