Peru are one win away from lifting the Copa America for only the third time in their history after they swept aside Chile 3-0 in the semi-finals to set up a showdown against hosts Brazil, with whom they lost 5-0 in the group stages.

La Blanquirroja’s unexpected run to the Final brings to light the country’s first success in the tournament, which dates all the way back to the late 1930s; a golden period for the Peruvian national team which won the inaugural Bolivarian Games in 1938, then secured the Copa America the following year.

The man at the helm? Englishman Jack Greenwell, who up until three years ago was the only non-South American coach to win the Copa America (Spaniard Juan Antonio Pizzi led Chile to glory in 2016).

In Rory Smith’s book Mister he describes Greenwell as a “phlegmatic and plain speaking” coach who had a “flat cap and a prominent nose”. The Crook-born boss’ ventures first took him to Spain where he managed Barcelona; overseeing the club’s golden age during which he spent a decade in charge of the club making him the longest serving manager in their history - not Johan Curyff, as is often stated.

At Barcelona Greenwell won the precursor to La Liga - Campionat de Catalunya - five times along with a couple of Copa del Reys. He went on to manage the likes of Barcelona-based UE Sants, Castellon, Espanyol, Palma, and Mallorca, before he was tempted back to Barcelona for a much shorter second spell. A tenure at Valencia followed, then Sporting Gijon, which was his final post in Spain due to the breakout of the Civil War.

Despite his huge success over in Spain, Greenwell’s achievements were widely ignored back in his homeland, forcing him to cast his net abroad once more, something experienced by a host of prosperous English managers who worked outside of England at the time. 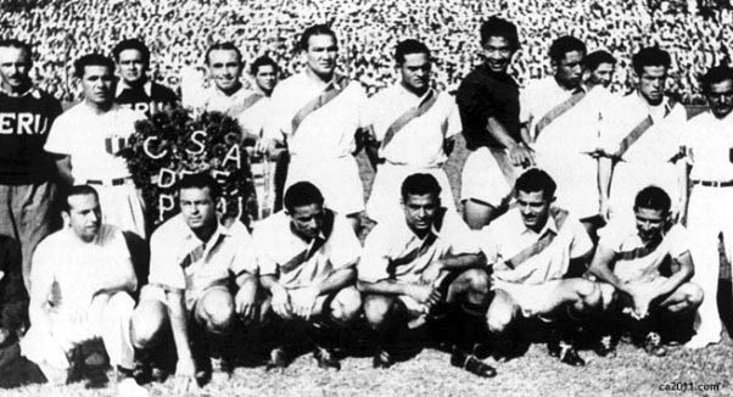 Greenwell is believed to have had some involvement with Peru’s 1936 Olympic team in Nazi Germany, but then from 1938 he juggled jobs two jobs; at the helm of the Peruvian national team, alongside club side Universitario de Deportes, with whom he led to the national championship with a host of the country’s top internationals in his ranks.

Greenwell made an instant impact in charge of the national team after he guided Peru to glory in the maiden Bolivarian Games, giving the whole country a huge confidence boost ahead of the 1939 Copa America - then called the South American Championship - where they competed against Chile, Ecuador, Paraguay, and Uruguay in the absence of the likes of Brazil and Argentina, who alongside Uruguay had previously won every title between them.

However, under Greenwell, Peru broke that triumvirate to become South American champions for the first time ever. The tournament was played in a group format, with both Peru and Uruguay winning each of their opening three games, meaning their last clash was billed as the Grand Final. Peru had previously lost all five meetings against their opponents but, inspired by a passionate pre-match teamtalk from Greenwell, the hosts triumphed 2-1 and so the Englishman’s name was stamped into the history books.

On Sunday, the country’s current managerial incumbent, Ricardo Gareca, has the chance to become the third boss of Peru to win the Copa America; after Greenwell in 1939, and the 1975 victor Marcos Calderon.