Rugby League
News
The loose forward has been a bright spot for Kurt Haggerty's side
TheSportsman
08:54, 05 Sep 2021

It has been a difficult season back in Betfred Super League for Leigh Centurions, but one of the shining lights has been the performances of loose forward James Bell. The New Zealand-born Scotland international has thrived in the club's attacking set-up, providing the kind of old-fashioned link between forwards and backs that is re-emerging in the sport.

“It hasn’t been easy this year for us as a team, but individually I’ve found it good,” the 27-year-old explains. “It’s a really good standard, a high level, and I’m just enjoying the way Super League is played compared to back home. It’s free-flowing and more expansive, my type of football.

“I think with the way the new rules have changed the sport, even back home now it would suit my style. The ball playing 13 is coming back into the game now.

“When I was playing back at the [New Zealand] Warriors I always had that ability, but never quite had to opportunity to use it.

“It wasn’t until I went to Toulouse, and had a great coach there that saw what I could do with the ball, that I got given that role to play.“This year with Kurt Haggerty taking over at Leigh, he’s given me that role as well, and it’s really helped me to evolve my game.” 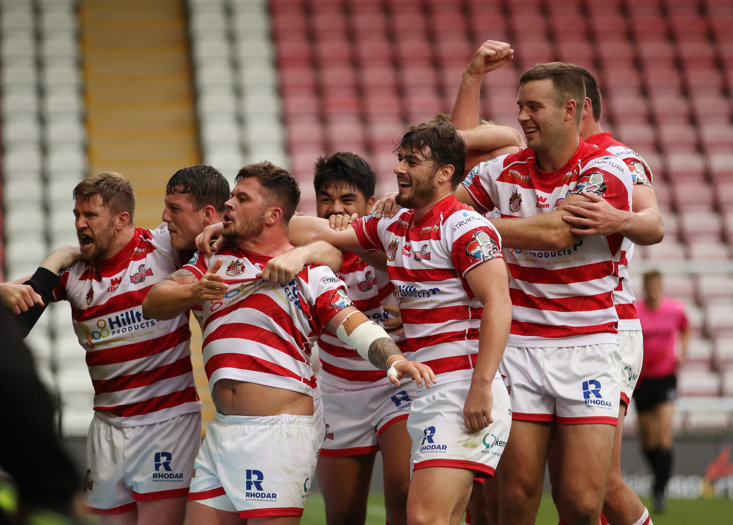 While the Centurions have battled at the bottom the entire campaign, they have pushed a host of teams close, not least local rivals Wigan, twice, champions St Helens and table-topping Catalans.

“It’s been frustrating to say the least, especially when you know just how hard everyone at the club works - not just the players but the staff as well,” Bell admitted.

“It’s been frustrating coming off the field when we’ve been so close, but 100 percent there is still belief in the squad.

“We’re just lucky that we’ve got a real close bond in the changing room.”

While this is Bell’s first season in Super League, it isn’t his first experience of Dacia Magic Weekend. He was at Toulouse in 2019 when they they faced Championship rivals Toronto at St James’ Park before Magic kicked off.

“It’s good, the fans there provide a crazy atmosphere and the whole lead up to the week was something special,” Bell said.

“As a player these are the kind of events that you want to be involved in, the big occasions.”

That match finished 43-30 to the Wolfpack - and Bell can see a similarly high-scoring contest playing out this weekend against attack-minded Hull Kingston Rovers.

He added: “They love to throw the footy around, they’re similar to us like that.

“They’ve got a lot of strike on the edges with the likes of Shaun Kenny-Dowall and Brad Takairangi and we’re looking forward to what should be an expansive game.”