Football
News
Of the many players to represent both Liverpool and Manchester City, James Milner stands alone
Joey Mills
08:32, 03 Oct 2021

Today’s opponents, Liverpool and Manchester City, have shared numerous players in common during the Premier League era. Kolo Toure, David James, Nicholas Anelka, Robbie Fowler and Steve McManaman are amongst those to wear both red and sky blue since 1992. However, only one man has won the Premier League title with both clubs, and he could well feature today. That man is James Milner.

Often lovingly mocked for his dependability, the midfielder played 147 league games for City before moving to Liverpool, where he will make his 178th league appearance should he play. To play for two lots of Premier League champions is impressive, but to do so as a vital cog in each side is worth particular praise. The England international’s tenacity and adaptability have drawn high praise from those who have worked with him. Former Man City boss Manuel Pellgrini told The Guardian, “Show me a more complete English player”.

A combination of positional flexibility, professionalism and conditioning have meant Milner is still an important part of the Liverpool squad aged 35. Manager Jurgen Klopp prizes fitness and relentless pressing, and continues to keep the veteran around in his squad knowing he can still be relied upon in these areas. While normally featuring in his preferred midfield role these days, Milner even spent a season at left back in 2016/17.

It is surprising to note Milner joined Liverpool on a free transfer in 2015. He had just won the Premier League title for the second time, scoring five goals in 32 appearances. Despite this huge contribution, the former Aston Villa man was allowed to leave at the end of his contract. The end of Milner’s successful City stay is more understandable when you realise Kevin De Bruyne arrived at the Etihad that summer, and Fabian Delph also joined as a midfield option. 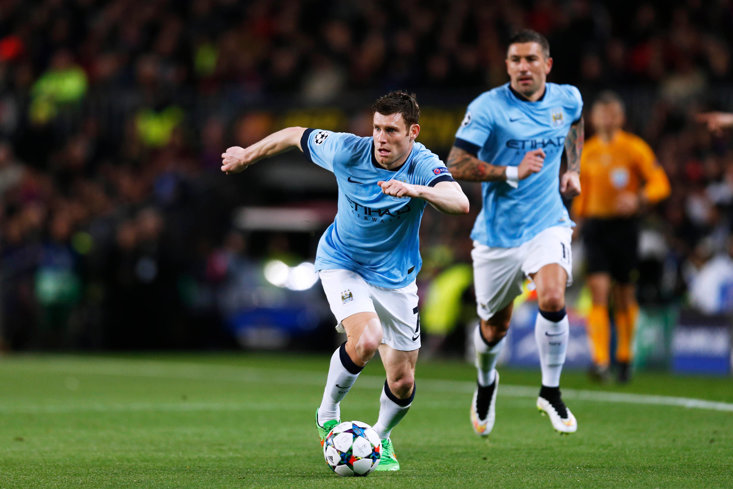 City’s loss was Liverpool’s gain, and he has been part of the Anfield dressing room for an incredible period in the club’s history. Milner arrived at a time of transition. Steven Gerrard had ended his lifelong association with the club to join LA Galaxy, while manager Brendan Rodgers was replaced with Jurgen Klopp two months into the season.

It was a difficult campaign for Liverpool, and they finished 8th in the Premier League. But there were bright spots too. The former Leeds winger captained Liverpool in the final of the Europa League, and also appeared in the final of the League Cup. Much was made of Klopp overseeing two final losses in his debut season, but Milner and Liverpool would have the last laugh when it came to silverware.

Milner tasted European final disappointment again, but that anguish would only last a year. The following season was a remarkable one for Liverpool. They finished runners-up in the Premier League, but went one better in Europe by lifting the Champions League against Tottenham Hotspur. The Leeds-born midfielder would get on as a substitute at the Metropolitano Stadium, finally breaking his run of losing European finals.

The following year would bring the honour Liverpool had long sought, the Premier League title. James Milner’s importance to two City title wins is part of the reason he was signed, so it was a natural crescendo to his time on Merseyside. At 33 years old, many players are eyeing one last big money move, or relaxing abroad playing in a less taxing league. Milner was in the thick of a title battle, playing 22 times in a COVID-impacted season. His experience and composure was vital in helping his side across the line, a testament to the reliability that has defined him.

Of the many players to represent both Liverpool and Manchester City, James Milner stands alone. He has played across positions, across generations, and across the M62. He won the Premier League title with both clubs, and was a vital contributor to their greatest periods of success. Things might get contentious between the teams at Anfield today, but surely both sets of fans will be united in their appreciation of James Milner.