When high profile rugby league job vacancies come up, there is always a lot of talk and debate about who should be in the running. The rumour mill starts spinning, and social media goes into overdrive. Amongst all of that noise, one man who is definitely worth listening to is Leeds Rhinos legend Jamie Peacock.

The former England captain’s former employers currently find themselves at the wrong end of the table with just one win from six in the Betfred Super League, and looking for a new Head Coach following the departure of Richard Agar on Monday morning.

The Rhinos had been expected to be back amongst the contenders in 2022 following a number of high profile signings, but defeat to Salford on Friday saw them slump to a new low in 2022, and having decided he had taken the side as far as he he could, Agar announced his departure three days later, but Peacock believes he can hold his head high:

“As a club they are disappointed with the start of the season, and Richard is too, and I think it just shows the character of the man that he’s been very honest and said that he feels he’s taken that group as far as he possibly can.

“I think in his time at the club he has been successful. Look where they were at when he took over, they’ve ended up with a Challenge Cup win and within 80 minutes of a Grand Final, but ultimately it’s about winning, and they have been able to do that at the start of 2022, so it’s time for someone else to take over.”

There is of course a risk that Agar’s achievements during his three year spell will be overlooked amid the poor start his side have made in 2022, but given the size of the task on his hands when he took over in 2019, there can be no doubt that he has laid the foundations for glory that may be on the horizon:

“If you go back to where the club was in 2019 when Richard took over at the Rhinos,” Peacock explains, “I believe they’d lost their identity, they didn’t know what they stood for as players. 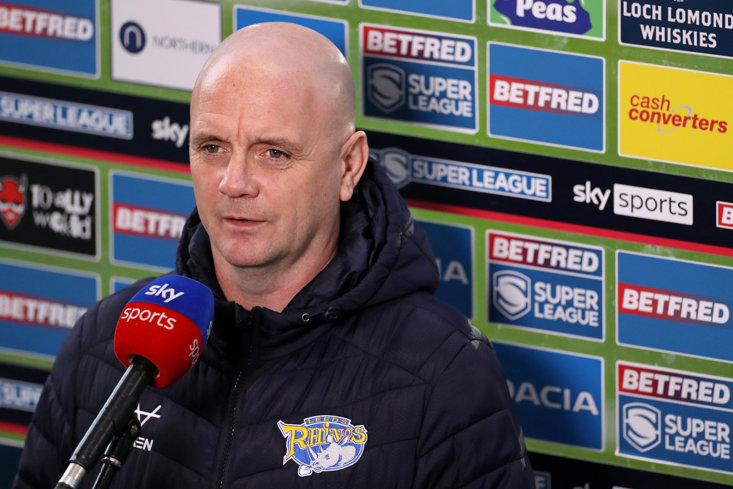 After three years of the so-called ‘rebuilding process’ many, myself included, believed that this would be the year that Leeds re-established themselves as genuine title contenders.

They bought in a tried and test halfback pairing in Aidan Sezer and Blake Austin, and bolstered their already impressive three-quarter line with Tonga international David Fusitu’a, and Peacock says that the players should take as much responsibility as Agar for the poor start:

“I think with the calibre of player they’ve got, they’ll be disappointed with the way in which they’ve lost some of the games this season, certainly in terms of character. Too many times at the start of the year, when it’s got really difficult, you have to ask who’s stood up and who’s been counted. There’s no talent required to do that.

“You make a decision whether to do that or not, and some of the players need to look long and hard at themselves, but I’m sure they are doing that, because they’ve always struck me as an honest group.”

The big question now of course is, what will the Rhinos do next? With no obvious candidate coming to the fore, a number of different names have been put forward, Peacock believes that the club need to leave no stone unturned in finding the right person: 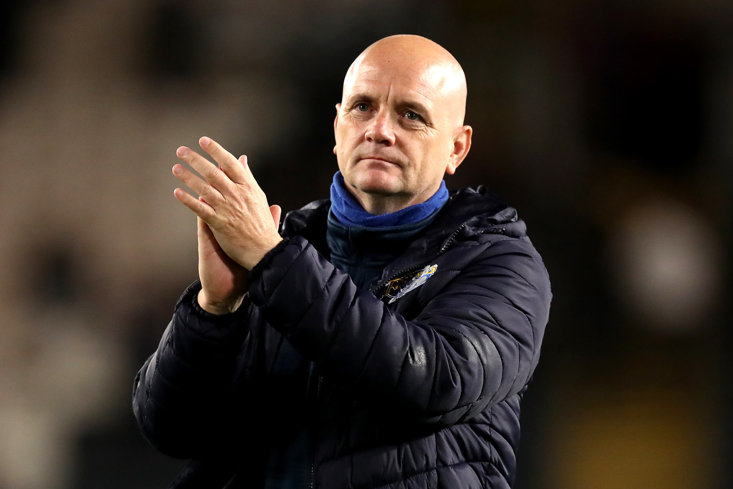 In the short term, Leeds will be by led by one of Peacock’s former teammates and fellow treble winner Jamie Jones-Buchanan and the former Prop forward believes that the man affectionately referred to as ‘JJB’ could be the perfect man to steady the ship:

“If you cut him [Jones-Buchanan] in half, he bleeds blue and amber. He’s Mr Leeds, not just the rugby, the city itself. He’ll be very passionate and I’m sure he’ll deliver until the right man is found. The players need to aim up and I’m sure they will aim up in the next few games.”

We will of course have to see who emerges amongst the front runners in the days and weeks to follow, but Peacock is clear that who takes the job, will need to know about more than just a good playbook:

“What you’ve got to get with the Rhinos job is that coaching is probably only 50% of it, they have to live the expectation, and they’ve got to find the right character to be able to deal with that.”

Despite the troubles at the start of this year, the Leeds job will always be one of the most attractive jobs in rugby league, so there will be no shortage of people putting their name forward. If CEO Gary Hetherington and the rest of the board can get it right, it could be an appointment that has huge implications for years to come, not just for the Rhinos, but for the whole of the Betfred Super League.