There was never any doubt about the threat AFC Bournemouth would pose in the Championship with Scott Parker at the helm, but no one expected that one of their main attacking stars would be young left-back Jordan Zemura.

On first hearing the name you may think of a certain striker that had a great time on the south coast back in the day, but you’d be mistaken. But this young star has been in his element in the second tier so far this season, helping the Cherries to a start which sees them sit one point off the pace at the top of the table after seven games.

Zemura talent was born and bred in London and his footballing ability at a young age got him into Queens Park Rangers’ academy. The defender was a part of their set-up for five years before a brief trial with Chelsea was followed by a move south of the Thames to join Charlton Athletic’s academy in 2011. He spent eight years at The Valley before joining Shaun Cooper’s development squad at Bournemouth.

It did not take Zemura long to be elevated to the first-team surroundings and his first taste of senior football came when he made a substitute appearance in a pre-season friendly against Lyon at the Vitality Stadium in August 2019. His rapid development in Cooper’s side saw him rewarded with a fresh contract in July 2020, before making two substitute appearances in friendlies against Benfica and West Ham United.

It was in the Carabao Cup that the 21-year-old was given his competitive debut for the Cherries, featuring against Premier League outfit Crystal Palace in the second round. And Zemura scored in the penalty shootout which Bournemouth eventually prevailed 11-10. His league debut came in December of last year when he came on from the bench in the 5-0 thrashing of Huddersfield Town.

Taking the little bits of experience he has been able to get over the last 18 months, he has managed to cement a place in the new manager’s side. He has played in every league fixture in the Championship so far this season and his fine string of performances in August earned him the Supporters’ Player of the Month award. The twice-capped Zimbabwe international was the Man of the Match in the home 3-0 victory over Barnsley after getting on the scoresheet twice and leaving Parker full of praise for his performance level. 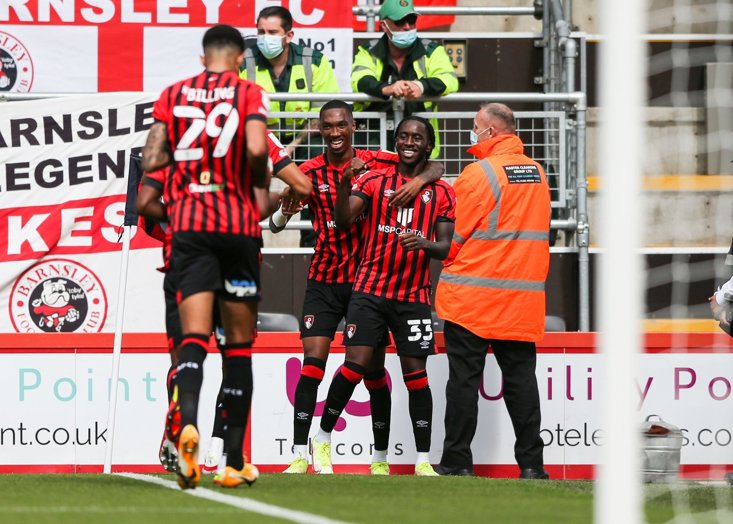 Parker told the Daily Echo following that game: “He’s been excellent to be fair since he’s come in and got the shirt. Today was a fine performance from him. I think we all realise and you guys watching it can see, he’s an attack-minded full-back.

“From the minute I walked in here [he] has shown me he wants the shirt. Shown me he wants to improve, work hard and has earned the right to get his opportunity and now he is relishing that really.”

The full-back followed up his excellent display at the weekend with another fine performance against his former club QPR on Tuesday in front of the Sky Sports cameras, again collecting the Man of the Match award.

Asked about his former club after the game, Zemura told the Daily Echo: “There was a bit of personal bragging rights! Nah, I’m joking, I don’t think they even remember me. It was ages ago, but it was part of my career path.”

Besides boasting burgeoning footballing abilities, Zemura has represented his county at athletics and has studied sports science at Canterbury University. There is no denying how sharp and humble this young man is. He has patiently waited for his moment and the early signs suggest he’s not the type to let it go. It’s remarkable how well he has performed so far this season, and you can see the trust he has from his manager.

The sky is the limit for this promising young talent, and he could play a crucial role in Bournemouth’s quest to return to the promised land.

The Cherries are currently 2/1 to gain promotion from the Championship this season with Betfred.