Football
News
Roma have won the inaugural Europa Conference League with a 1-0 win over Feyenoord
Simon Lillicrap
22:10, 25 May 2022

Jose Mourinho’s perfect record in European finals continued as Roma beat Feyenoord 1-0 in Tirana. Nicolo Zaniolo scored the only goal of the game to end Roma’s 14 year wait for a trophy, as Mourinho became the first manager to win the Champions League, Europa League and Europa Conference League, and the first boss to win European trophies with four clubs.

This may not hold the same pedigree as the Champions League wins, but boy does it hold the same importance for those Roma fans. This is his fifth European trophy and his first since he won the Europa League with Manchester United in 2017 - but bucking the trend of failing Italian giants goes down as a major achievement.

As Colin Millar pointed out on social media: ‘Mourinho left Italian football in 2010. He returned this season. No Italian side has lifted a European trophy since his 2010 Inter team.’

‘Italian clubs won 8 of the last 11 UEFA Cup titles in the 20th century (Inter x3, Juve x2, Parma x2, Napoli). They have won 0 of the 23 editions of the UEFA Cup in the 21st century (with just one finalist!). Eight other nations have won the UEFA Cup in that timeframe. Spain have won 11 by comparison.’

This consistent failure from Italian clubs on the European stage has been lingering over the Italian clubs. Juventus, despite their dominance domestically, couldn't get over the line in the Champions League and the Milan clubs have also fallen short - but tonight isn’t about them. It’s about the club from the capital.

It had been 14 long years since Roma’s last major trophy - the Copa Italia in 2008 - but now the wait for silverware is over. Mourinho still holds his mystique in Italy. He’s still the Special One, still the man with the Midas touch. His work with treble winners Inter Milan has not been forgotten and now at Roma, he is making more history.

Even as the first goal went in and his bench went wild, the Portuguese boss calmed his staff and players down. 50,000 fans packed into the Stadio Olimpico couldn’t keep the same composure, but they didn’t need to. 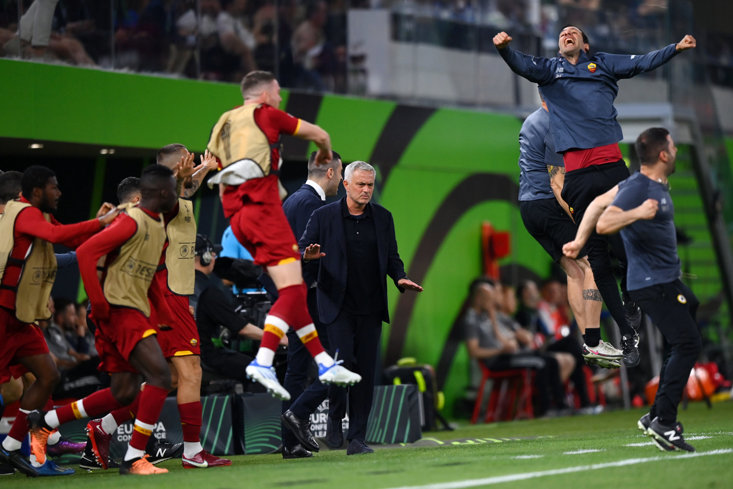 With the first opening of the match, half an hour in - Gianluca Mancini played a wonderful long ball over to Zaniolo and he brought the ball down on his chest, before poking past the onrushing goalkeeper. It was the first moment of quality in this final, and it led to a vital opening goal for Mourinho’s men. With that strike, Zaniolo became the youngest Italian to score in a major European final for 25 years, since Alessandro Del Piero scored in the 1997 Champions League final.

From that moment onwards, it was peak Mourinho in a major final. His side were second best, they only had three shots on target in the entire game, but it didn’t matter. Chris Smalling was a colossus, Rui Patricio made a string of crucial saves and all of his players fought for the cause.

These were two top scorers in the tournament but Mourinho made this final a fight. Just how he likes it. He’s been told his managerial style is outdated. Critics have said his football cannot work in the modern game. Those doubters have fallen silent once again tonight as Mourinho lifts his fifth European trophy. And he’s still never lost a European final.

Feyenoord were excellent in the second period, but they couldn’t find the breakthrough. They were the better side on the night, but once you go a goal down to a side like this, it's so difficult to come back.

In the second period, they nearly forced an equaliser as early pressure forced Mancini to strike his own post before only a wonderful save from Rui Patricio deflected Tyrell Malacia’s powerful strike onto the crossbar. If the first half lacked drama, the second began with a bang as Tammy Abraham raced through and was clearly impeded, but he didn’t go down and as a result, didn’t win the foul. Marcos Senesi was incredibly fortunate to avoid a red card as he was the last man, but it had no impact on the final result. 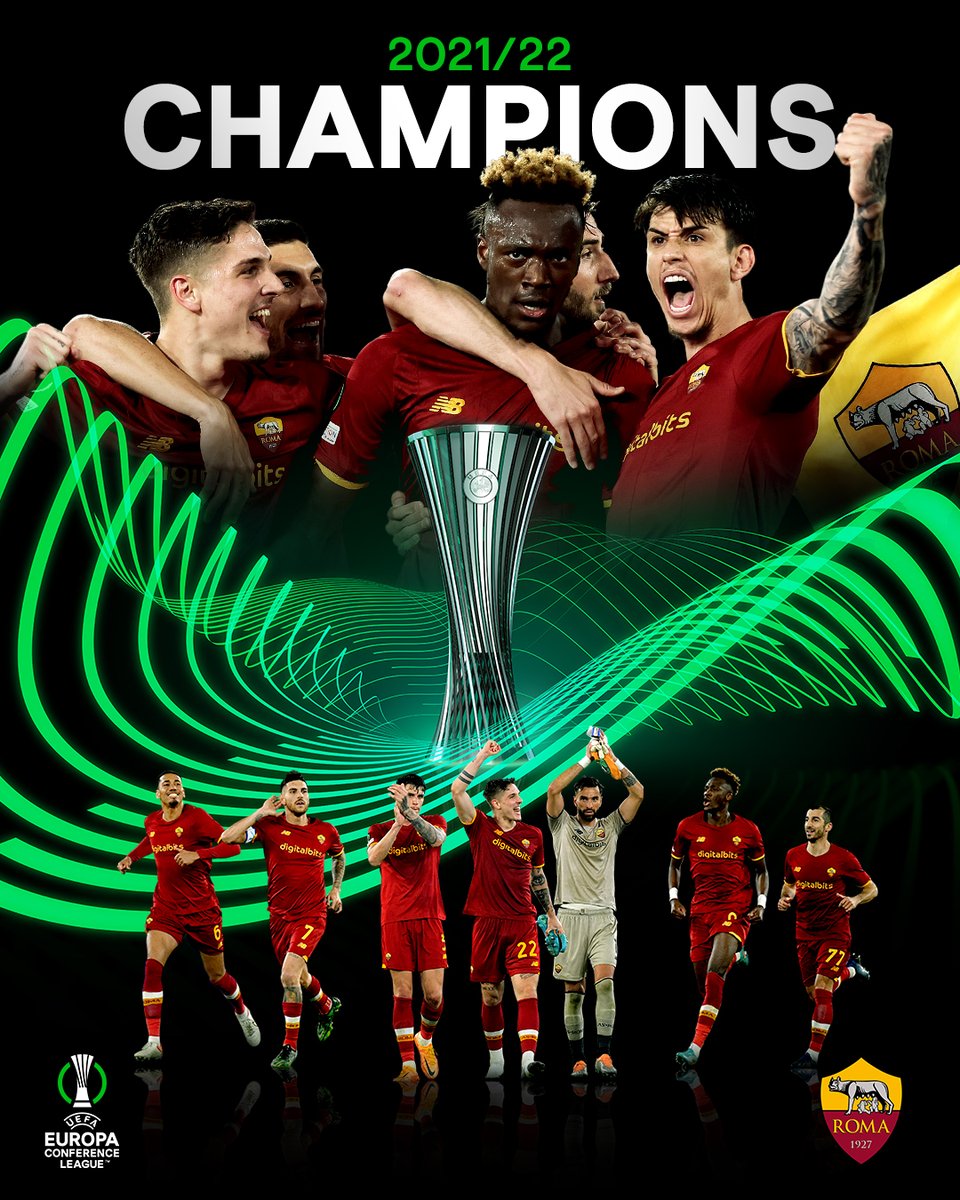 Smalling was throwing his body in front of shots, before Ibanez made an outstanding last ditch challenge on the cover. Roma had their backs against the wall, but that’s exactly how their manager likes it. It took until the 72nd minute for Justin Bijlow to make his first save such was the dominance of the Dutch side, but somehow Mourinho dragged his side over the line.

On a night like this, this competition makes perfect sense. All eyes from Rotterdam to Rome were on Tirana for this final and a tournament that was derided by many at the start of the season produced its fitting ending. For Feyenoord this was their first European final in 20 years, for Roma, that same statistic stretched to 31 years. This competition was created to give grand old clubs, that can no longer compete with the mega-rich elite, a chance to win European silverware.

The man who always wins in Europe, has given Roma their most magical night in a decade. The sleeping giant has awoken.