The Calciopoli of 2006 remains one of the most infamous incidents in recent Serie A history, a scandal that rocked Italian football and reached its crescendo on July 26 of that year.

Just under a fortnight before, on July 14, Juventus had been punished with relegation, alongside Lazio and Fiorentina, for their instructive part in a tentacular match-fixing scandal.

Subsequent legal protests, appeals, and wranglings came to no avail. On the 26th, they were certifiably down, Juventus having the additional humiliation of having two of their most recent titles stripped.

The three Serie A giants had at the time accumulated a huge haul of silverware in recent years. Juventus had won successive Scudetti for the past four seasons, Lazio had been champions as recent 2000, whilst Fiorentina had procured the Coppa Italia the season after.

Intercepted phone conversations across the 2004/05 season planted the seeds for investigations into illegal communications between Juventus and match officials, with the influence of the murky figure of Luciano Moggi - a general manager at the Turin club - and his suspect relationships with referees emerging.

Juventus were originally imposed with the extra punishment of a 30-point deduction, virtually condemning them to at least two seasons in the Serie B. While this was overturned, Juventus, who had retained the services of Alessandro Del Piero, David Trezeguet, Pavel Nedved, and Gianluigi Buffon, went on to play its first - and so far only - season in the second tier in its 120-year history and emerged as champions with relative ease.

While as of 2019 the Bianconeri are still contesting the removal of their back-to-back Scudetti gained between 2004 and 2006, Juventus have since more than made up for the time lost in the top tier; they’ve won eight Serie A titles in the 2010s.

Things, however, haven’t been so tickety-boo for other preposterously gigantic clubs who have had the ignominy of being instructed to slink down the divisions. 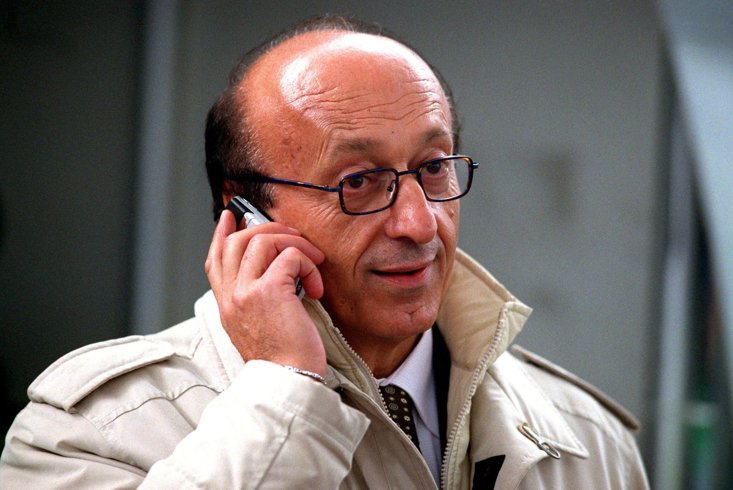 Luciano Moggi, on his phone.

2012 was meant to mark the end of the Mesoamerican Long Count calendar, triggering apocalyptically cataclysmic events across the planet; and for Rangers at least, it proved true.

One of the bastions of Scottish football had it all crashing down that year, the club being declared insolvent and sent spiralling into the third, and lowest, division. For the first time since the formation of the Scottish League in 1890, the 54-time champions Rangers were out of the top tier, and inevitably giving fierce rivals Celtic a complete monopoly on the Scottish Premier League.

The Gers went from playing in the Old Firm to facing Elgin City...

Once the most decorated football club in France and the first team (and so far only side from the nation) to win the Champions League, Marseille were instructed down to the second division in 1994 in the ‘l’affair VA-OM’.

In hopes of winning the European Cup in 1992/93, owner Bernard Tapie persuaded members - with money, obviously - of the Valenciennes squad to throw their upcoming domestic league match against title-chasing Marseille so les Phocéens could concentrate on the continental competition.

When this was uncovered, the Championship was rescinded and they were eventually thrown down to the second division because of financial misdealings, marking a period of down-ticking after the spectacularly successful preceding years.

Things haven’t been the most spectacular for the Rossoneri in the past decade but they were a hell of a lot worse in the early 1980s.

And yes, it was due to another scandal blemishing the Italian league; the ‘Totonero’ of 1980. Milan, who had won their 10th Scudetto in 78/79  were roped in alongside Lazio (them again), Perugia, Bologna, Napoli, and Avellino after several of their players - including Paulo Rossi - were uncovered to have been trying to influence matches through a betting syndicate.

Serie B beckoned, season bans were slapped, and Milan were boomeranging between leagues for the next few years.

20 years later, and after the extremely prosperous Berlusconi-era, Milan were caught up in the Calciopoli and though allowed to remain in the Serie A - and awarded one of Juventus’ titles - they were docked points.