Everton pressed well in the opening ten minutes, showing verve and energy to impose themselves on Spurs. Unfortunately for the away side, this would be as good as it got. A smart Ryan Sessesgnon run in behind the defence saw him firing a cross into the box, turned into the Everton net by Michael Keane. The former Manchester United defender was perturbed by the looming threat of Harry Kane, and ended up scoring himself while trying to stop the England captain finishing the chance.

Before Frank Lampard’s men could catch their breath, they were two goals behind. Kane played in Dejan Kulusevski, who threaded a ball through to Heung-Min Son. The South Korean superstar swept his finish past Jordan Pickford, who perhaps could have done more to block its trajectory.

The one-two punch almost became combination when Son found a space big enough to drive the team bus through, and used it to force Pickford into a save. Kane sent the rebound wide, but it was shambolic stuff from Everton.

Son was enjoying the freedom of the Tottenham Hotspur Stadium at this point, and he battled into the box to cross for Matt Doherty. The ex-Wolverhampton Wanderers wing-back fired at Pickford when he had options, but Spurs were slashing the Toffees to ribbons.

A slick Rodrigo Bentancur through-ball once again called into the question the wisdom of Lampard’s high-line, and Kane was on hand to apply the clinical finish. It was the third goal that Tottenham’s dominant first-half display deserved, as the fragile Everton were sent into the break shattered.

Sergio Reguilon came on at half-time for the injured Sessegnon. 40 seconds later, he got in on the scoring action. Son was once again afforded a truly baffling amount of space in which to operate, and his square ball found the fresh full-back to hammer home. Any inspiring words Lampard may have said to his charges at half-time were lost to the North London wind. This game was now about damage limitation. 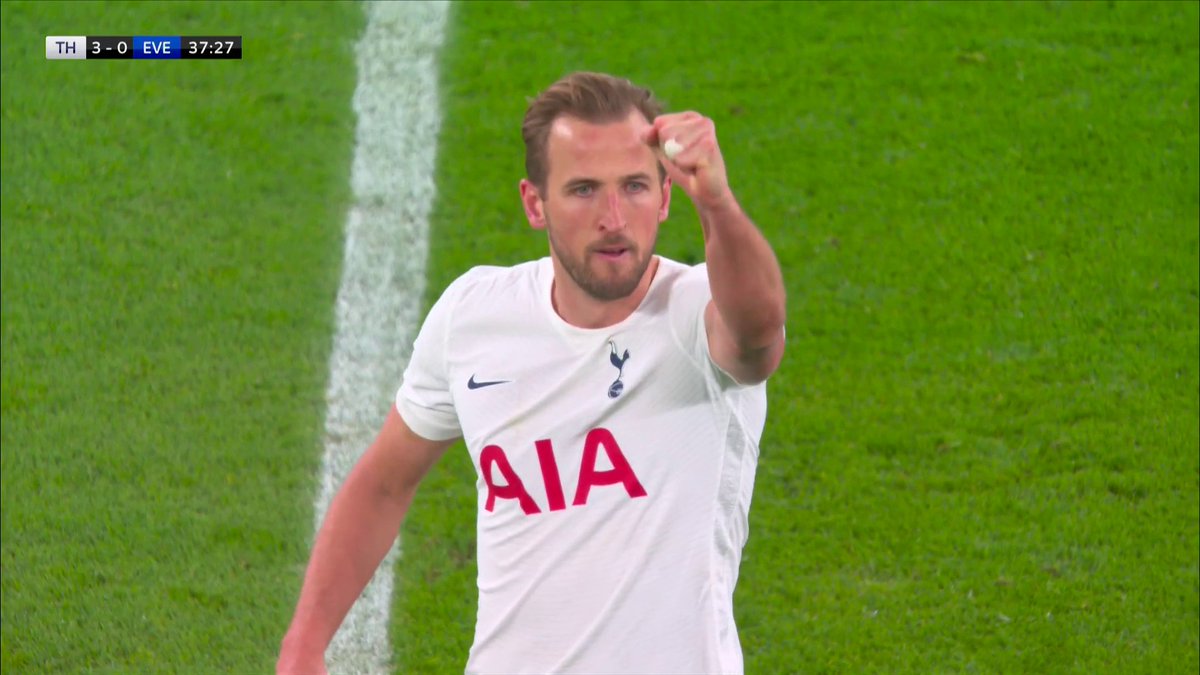 There were no hints of Spurs taking their foot off the gas, as they continued to sniff out chances. Kane made it 14 goals in 15 games against Everton, volleying home from a superb Doherty delivery. Incredibly, this was the sixth time Kane has netted two or more goals in a game against the Toffees.

After a scintillating display, Son was replaced by Steven Bergwijn. The Spurs number seven had absolutely carved up Lampard’s side all night, and the Chelsea legend must have permitted himself the slightest sigh of relief at his removal.

Dele Alli certainly would not have chosen these circumstances in which to make his return to the Tottenham Hotspur Stadium. But the recently-departed midfielder received a warm reception when he came on from the fans who watched him grow from teen prodigy to England regular. He doesn’t make Gareth Southgate’s squad any more, but any return to international football will not be judged by his inability to overturn a five goal deficit.

Spurs continued to probe, but Everton sat deeper and finally conceded that a rearguard action was needed. It is a concession they should have made much sooner, as Son and Kane had made a mockery of their high defensive line all night long.

Spurs kept their European ambitions alive with a clinical display of attacking prowess. Everton left themselves looking even more nervously at the teams below them, as this drubbing left their goal difference four worse than 18th place Burnley below them. As the league begins to take its definitive shape, this game could prove to have been a crucial turning point in the race for Europe, and the battle against the drop.