Imagine if your dad was a famous footballer. And what about your grandad too?

Well, spare a thought for young gun D’Margio Wright-Phillips as he looks to pave his own path to football stardom. The talented 20-year-old is the son of former England ace Shaun Wright-Phillips and grandson of Arsenal legend Ian Wright.

D’Margio’s dad, who celebrated his 40th birthday last year, has 36 international caps for England, famously played for Manchester City and Chelsea, as well as QPR, before two years playing in America at the end of his career with the New York Red Bulls and Phoenix Rising respectively. Not a high standard to live up to then!

But throw into the mix the achievements of his gramps Wright, a striker with legendary pedigree, well understandably the expectancy levels climb ever higher.

Arsenal hitman Wright, 58, might now have hung up his scoring boots and be enjoying life as pundit for the BBC, but his exploits on the pitch have rightly established him in football folklore.

He played over 500 games during his illustrious club career, scoring a staggering 324 goals, as well having bagged nine goals in his 33 appearances for England. A Premier League and two-time FA Cup winner, Wright also won the League Cup, European Cup Winners Cup and Intertoto Cup.

D’Margio certainly had a long way to go if he is going to taste any type of that success, but the youngster’s dream debut for Stoke City has certainly got people talking. The winger won the Man of the Match award for a dazzling debut in the Potter’s impressive 2-0 away win over Hull City. Now the former Manchester City Academy graduate is hungry to cement a regular starting role with the Championship club, with games the name of the game as he tries to take the next steps in his blossoming career. 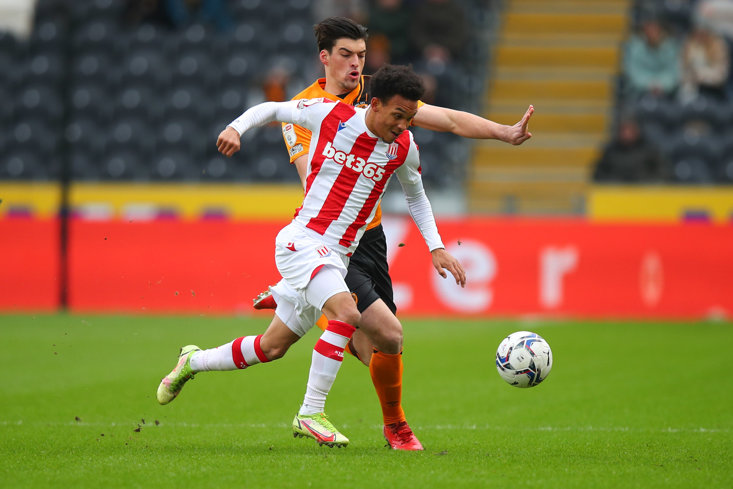 Stoke boss Michael O’Neill is keen to give youth a chance at the bet365 Stadium and, no doubt, will have watched on with immense pride as his latest star played a key role in helping to tear the Tigers apart in front of the Sky Sports cameras.

“I'd hate to play against him,” stressed Potters assistant boss Dean Holden, standing in for O’Neill who was missing having tested positive for coronavirus,

"He has great technical ability and is so direct," praised Holden.

"He wants to take you on the back foot and look for opportunities to exploit defenders.

"His link-up play takes up those positions off the back of the opposition midfield.

"The lads' performance probably made it quite easy for the gaffer to watch on his sofa.

"But that's testament to the work he has put in since being here that it can happen when he hands things over.

The Potters pounced to sign Wright-Phillips in February last year, quickly identifying the youngster’s natural talent and potential. He made impressive strides with the Blues and Andy Cousins, a member of O'Neill's backroom team, used his powers of persuasion to get him to sign having worked with the player at the Etihad.

Stoke, of course, signed experienced centre-back Phil Jagielka, 39, last week after his proposed deal to Derby County fell through. But it’s clear at Stoke that O’Neill is happy to blend experience with youth as the club look to return to the promised land of the Premier League.

There are a string of top youngsters at the club including forward Jacob Brown, 23, who was snapped up from Barnsley, as well as sought-after striker Tyrese Campbell, 22. And Campbell himself is another tale of having ‘big shoes to fill’. His dad is the former Arsenal, Everton and West Brom centre-forward, Kevin Campbell. 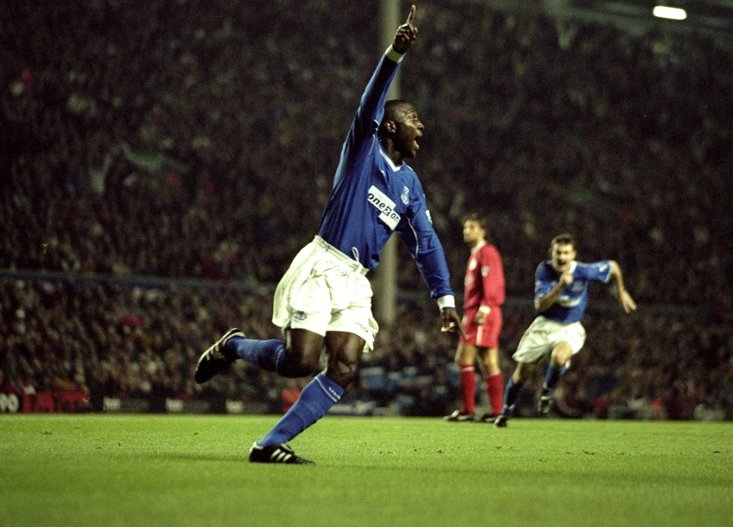 Campbell senior won the European Cup Winners’ Cup, First Division title and Charity Shield with the Gunners during a stellar career at Highbury. He also tasted a memorable promotion to the Premier League with Nottingham Forest, made close to 600 career appearances and, remarkably, holds the record of being the English player who has scored the most goals in the Premier League without earning a senior cap for his country.

“At that time there were a lot of top strikers so it must have been tough for him, I think he was very unfortunate not to play for England,” reflected Campbell.

“But if I had half the career my dad I’d be very happy. Watching my dad growing up, I always wanted to follow in his footsteps. It was a good stepping stone.

"He played for some great clubs, was captain at Everton and West Brom. He scored a lot of goals in the Premier League – and important goals as well. That’s what I want to do.

“As soon I was born I had a football with me and as soon as I could walk I was kicking a football. I always wanted to be a footballer.

“My dad has always been really supportive, but he’s been great because he’s not tried to get involved too much. If I’ve needed help and advice he’s there for it.

“He’s never been one of those dad’s that pressures you and forces you to do this and do that, he’s trusted me to have my own career.

“I enjoy it when people ask me ‘will you be better than your dad?’ because I say ‘yeah, I will be’.

“I’m not too bothered about pressure, at the end of the day he’s my dad. Pressure is something you’ve got to deal with throughout your life, so there’s no extra pressure knowing what my dad achieved.

“You’ll always get pressure throughout your career, but to be honest I embrace it more than anything.”

Stoke have talent in abundance and are on the cusp of breaking into the play-off spots.

It will be interesting to see whether Wright-Phillips and Campbell juniors can help the club secure a memorable promotion.