Football
News
Stephen Kenny has signed a new contract with the Irish FA that will see him through to the end of Euro 2024
Conor Keane
15:25, 10 Mar 2022

It has been a long time coming but the Ireland national team can look ahead optimistically to the future following the announcement that manager Stephen Kenny has signed a new contract with the Irish FA that will see him through to the end of Euro 2024.

A huge sigh of relief will be heard among many of the Boys in Green supporters who have warmed to the transformation Kenny is trying to accomplish with the national side. Since Kenny’s appointment in April 2020, where he moved up from leading the under-21s, there have been signs of progress under his stewardship as he is tries to usher in a new fresh generation of Irish internationals who will be able to implement his style of open expansive football.

It might seem unconventional for a national team that in recent years has tried to thrive off having a physical presence, but the Dublin-born coach has witnessed the way the game has evolved and now more is needed. He wants to be the catalyst that sees Ireland become a much stronger force on the international stage.

The most effective way to execute his vision is through drilling it into young players so that they grow and evolve along with the style of play. We have already seen this on the pitch as Kenny has handed out 12 debuts as Ireland boss and only one of the players was over the age of 28, Wigan Athletic striker Will Keane.

Former Ireland captain Ronnie Whelan had said he’d been impressed with what he has seen from Kenny’s early reign and that the football was superior to the team managed by the late Jack Charlton. 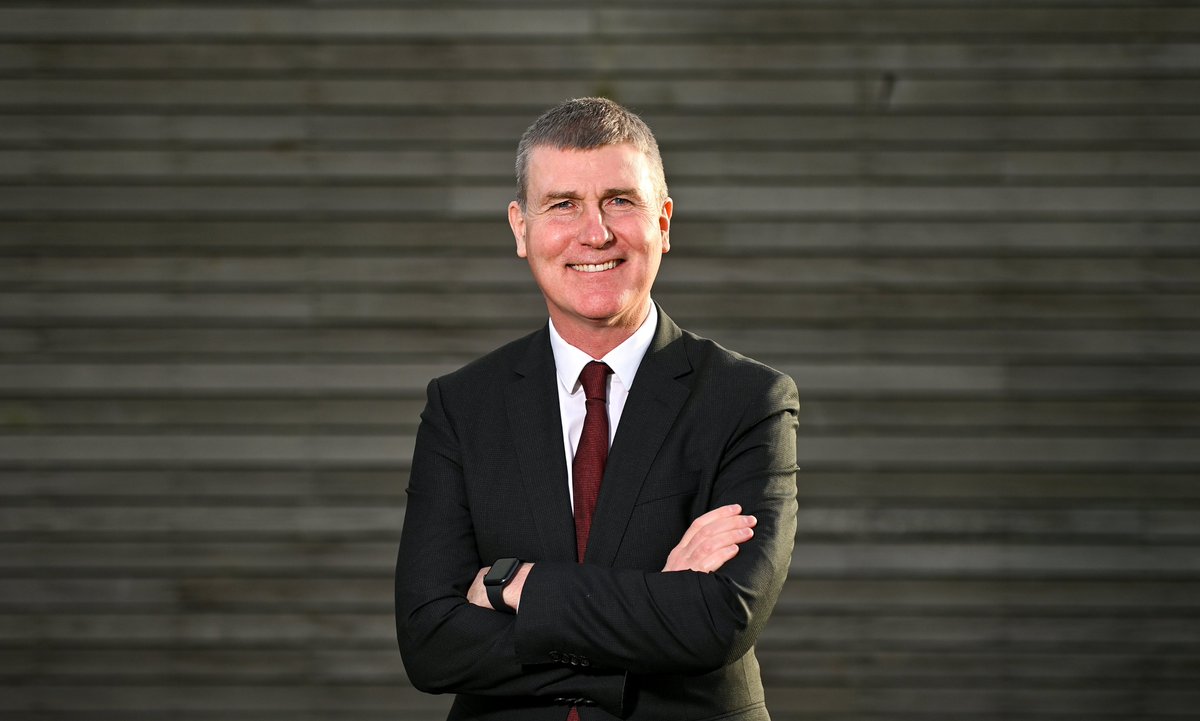 In the last international break in November we started to see Ireland take steps in the right direction as forward Callum Robinson found his goalscoring touch, something that hasn’t transferred to club level with West Bromwich Albion this season. Among the ranks looking ahead to the future, Ireland have one of the most promising goalkeepers in Gavin Bazunu. The Man City starlet has already established himself as the number one shot-stopper and he has put in some great performances beyond his years for the Boys in Green.

With Kenny’s foreseeable future locked in with Ireland for the next two years, he and his staff can start to set in motion the next stage of their revolution which will hopefully see Ireland qualify for Euro 2024 in Germany.

Introducing this afternoon’s press conference, FA Ireland CEO Johnathan Hill issued his support for the former Dundalk boss and explained why they felt it was important that Kenny’s contract was extended.

“I firmly believe it is very important that we continue to have an Irishman at the top of our coaching system,” said Hill.

Following on from Hill’s opening statement, Kenny addressed the members of the press with his plans for the next two years. The 50-year-old said: “We have rebuilt the team over the last while, the supporters have really connected with the team. It’s a radical change really… The supporters can now look forward to going to games.

“I appreciate the support I get from everybody. I have a brilliant backroom team. We have great support within the FAI as well. All the supporters home and away have given the team a massive lift.

“We have rebuilt the team. We are not looking to overly experiment right now. We know what we have.

“The ambition is to go to Germany and qualify for the European Championships. No stone will be left unturned in trying to achieve that.”

When addressing the record season ticket sales for the FAI in 2022, Kenny added: “It’s a connection with the supporters and the players, I think they’re identifying with them. We have seen the players growing, some we hope will become heroes for the Irish public.”

With the way Kenny articulates himself, you can feel his passion and love for the game and that is only going to strengthen his rapport with the Irish supporters who can really start to believe in a promising future.