Football
News
Following in the footsteps of Japanese players like Shunsuke Nakamura, Furuhashi is keen to make his own way at The Hoops
Joey Mills
06:55, 18 Aug 2021

Parkhead has a new terrace hero. Japanese winger Kyogo Furuhashi has raced out of the blocks with five goals in five games, and has already become a favourite amongst fans. From making Iniesta cry, to turning down tonight’s opponents AZ Alkmaar, via the inevitable Shunsuke Nakamura comparisons. This is the story of Celtic’s new favourite son.

“He absolutely has the talent to play in Europe. He’s got strong technique, and I believe he can succeed.” The words of no less an authority than Andres Iniesta, the legendary ex-Barcelona midfielder who played alongside Furuhashi at Vissel Kobe.

The World Cup winner shed tears when saying farewell to his departing teammate, at a public ceremony held in front of 2,757 fans. Iniesta is not the only Barcelona legend to vouch for Furuhashi. Former Vissel Kobe teammate David Villa encouraged the Celtic new boy on Instagram, quoting Shannon ‘The Cannon’ Briggs with a “Let’s go champ” comment when his move to Parkhead was confirmed. 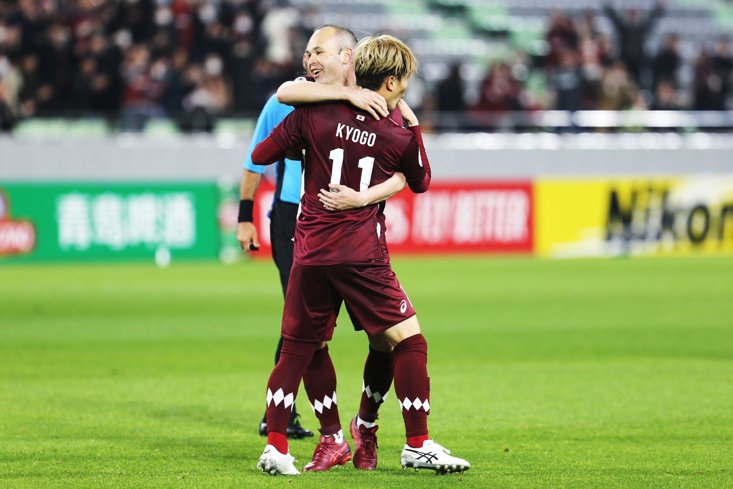 Japanese players have a decorated history in the green and white shirt. In 2005, Shunsuke Nakamura became one of the first Asian talents to move to a big European club. What followed was the spark that ignited a lifelong love affair between player and supporters. Nakamura’s time in Scotland brought moments that have become ingrained in folklore. An elegant chip against Dundee United, a pair of memorable free kicks against Manchester United, and three consecutive league titles.

While acknowledging his illustrious forebear, Furuhashi is keen to make his own way at The Hoops. Recalling his countrymen who have excelled in Europe, Kyogo said, “I have been compared with a few players like Nakamura, Hidetoshi Nakata and Keisuke Honda. But I want to carve my own name in the history books. I don’t want to be the new anyone.” While five games is a small sample size, signs are encouraging that Furuhashi’s contributions will be judged on their own promising merits. 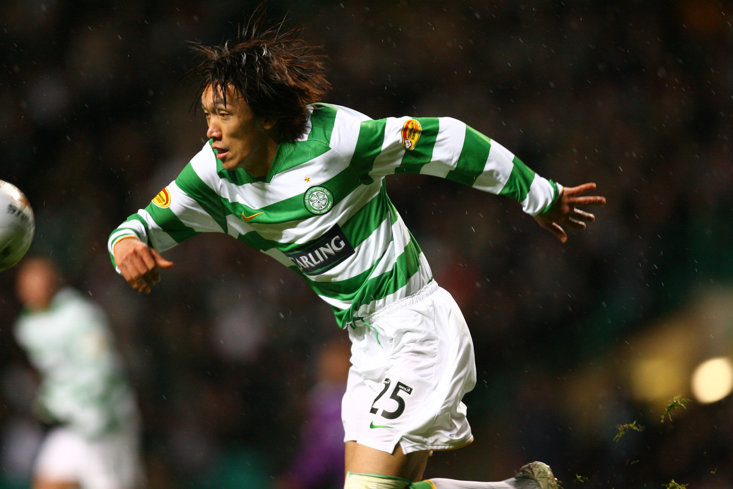 In an era where scouting and data analysis is more prevalent than ever, Furuhashi’s move from Vissel Kobe to Celtic was refreshingly old-school. New Celtic boss Ange Postecoglu used to manage Yokohama F. Marinos in the J.League, and it was the problems his new charge caused his old side that helped make the transfer happen. “It was the one game my defenders never looked forward to. They knew his ability to get in behind, break lines and use his speed. He was a constant source of aggravation.”

A late bloomer, Kyogo was rejected by a number of J.League clubs upon leaving university, before settling in the second tier with FC Gifu. His impressive performances earned a move to Vissel Kobe, where he was awarded back-to-back Player of the Year awards, netting 41 goals in 94 games from the wing.

In a side that boasted Iniesta, Villa, Lukas Podolski and Thomas Vermaelen, Furuhashi was the standout player. Intriguingly, he has previously turned down a move to Celtic’s opponents, AZ Alkmaar, and will have the opportunity to punish his former prospective employers further tonight.

Like Furuhashi, Celtic have a lot to prove this season domestically and in Europe. Having ceded the SPFL title to Rangers last season, anything less than a return to the summit will be unacceptable for a side accustomed to success. Based on the early evidence, Kyogo Furuhashi will be a vital cog in Celtic’s title-chasing machine.