Of the three promoted teams joining the Premier League this season, you’d be forgiven for forgetting about Bournemouth. Fulham come up as champions, with a highly-rated manager in Marco Silva and some sensible recruitment in the likes of Joao Palhinha, Kevin Mbabu and Andreas Pereira. Play-off winners Nottingham Forest have courted headlines for both their historic return after 23 years outside the top flight, and their £70 million shopping spree that includes England stars Jesse Lingard and Dean Henderson. But what of the Cherries?

Scott Parker’s side are lagging behind their fellow new additions in both the transfer stakes and at the bookies. Betfred have Bournemouth priced at 8/15 to go down, making them betting favourites for the drop. The second-place team in the Championship often gets lost in the shuffle. The only one of the three promoted sides not to get a trophy, there is less gloss than going up as a champion or after a big Wembley final. But the lack of people talking about Bournemouth seems to speak to deeper problems than just a lack of a trophy to gild their promotion.

There is a temptation, especially during the summer months, to read too much into transfers. Football fans are naturally competitive and when there are no league games taking place the only real way to try and claim superiority over a rival is to focus on your signings compared to theirs. As Queens Park Rangers and Fulham themselves have shown in the past, quantity is no substitute for quality in this area. Four or five carefully chosen players that fit your system can keep you up ahead of teams that bought every player under the sun. Brentford paid a fee for just three players last season, topping up with two loans and two free transfers. They stayed up comfortably. The issue is not that Bournemouth aren’t doing shrewd business though. It’s the fact they’re doing barely any at all.

Bournemouth’s only signings so far have been a pair of free transfers. Midfielder Joe Rothwell has signed from Blackburn Rovers and full back Ryan Fredericks joins from West Ham United. Former Manchester United youth product Rothwell has never played a Premier League while Fredericks spent much of his London Stadium stay on the fringes. They are a pair of transfers that feel like the finishing touches to a bumper window rather than the sum total. Of course there is still over a month of transfer activity still to come, but with Bournemouth’s relegation rivals strengthening to a considerable degree you do wonder what the Cherries can do to compete.

Supporters are concerned. Even though the south coast club boast a fanbase not as prone to entitlement and hysteria as many other Premier League teams, there is still a sense that standing still could see the club left behind. While there is a lot to be said for sticking with those that got you promoted, the cupboard is looking a little threadbare at the Vitality Stadium. 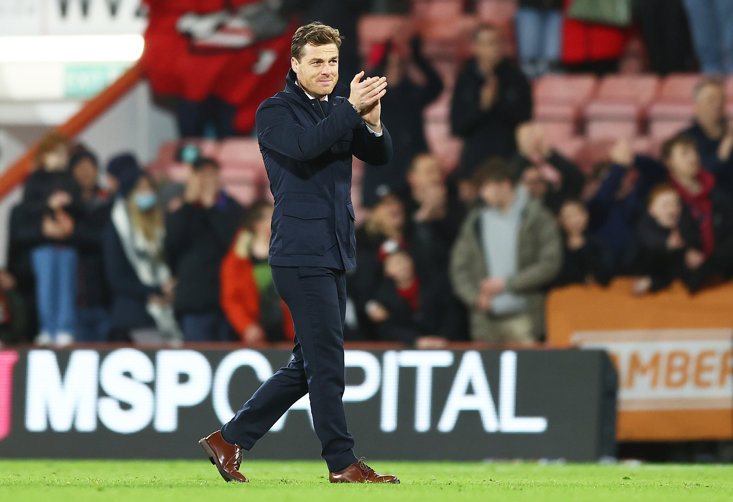 Manager Scott Parker has just three senior central defenders at his disposal. Veteran Gary Cahill was released at the end of last season, having scarcely featured in the second half of the campaign. Loanee Nat Phillips, who took Cahill’s place in the starting eleven, has returned to Liverpool after his loan spell. The Cherries are understood to have tried to sign him on another loan deal but nothing has progressed at this stage.

There is talent already at the club, but it will need augmenting if they are to have a chance of staying up. Dominic Solanke scored 29 goals in the Championship last season, but his best ever Premier League total in a season is three. Ryan Christie had a solid season last year and was superb in his time at Celtic. But the Premier League will require an adjustment for the 27-year-old. The likes of Phillip Billing and Lewis Cook were here with Bournemouth last time they were in the Premier League, but weren’t enough to keep them up. It’s a squad with decent pros but one that is lacking that spark that all the best promoted teams have.

Parker and Bournemouth have until 1st September to find that spark and get its name on a contract. Transfers are not the be-all and end-all in football but this squad does not look good enough to survive the drop as it stands. Nobody is advocating a QPR style trolley dash of washed up former greats. But a measured, Brentford-style mission to bring players in that Parker admires and who play in the style he favours is a must. Bournemouth have done very well to return to the Premier League after just two seasons outside the top flight. But get it wrong this time and their time in the Championship could last much longer.

bournemouth 7/4 to finish bottom of the EPL via betfred*