Frank Lampard has been sacked from his role as Everton manager following a woeful run of form that has left the Toffees second from bottom in the Premier League table.

Lampard was appointed at Goodison Park almost exactly a year ago, signing a two-and-a-half year contract after the dismissal of Rafael Benitez.

However the Chelsea legend has overseen a run of just one point from Everton's past seven league games. They are now in considerable danger of being relegated from the Premier League for the first time in their history, with only three wins and 15 points from 20 games this season.

The final straw for the 44-year-old, who also had a spell as Derby County manager, was Saturday’s 2-0 defeat to fellow strugglers West Ham United at the London Stadium. 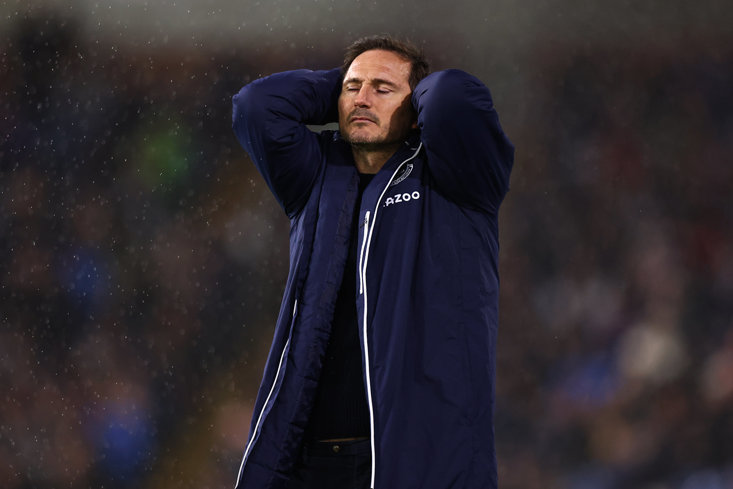 The club’s owner Farhad Moshiri, who hasn’t attended an Everton home game since October 2021, was also in attendance for the defeat to the Hammers.

Speaking after the game, Lampard insisted that he would like to stay on and that despite “tough times” he was not fearing the sack.

"I absolutely don't fear [being sacked], I'm proud to do the job,” the former midfielder told Sky Sports.

"I just do my job. I get up every day and think how we can get a bit better - it's as simple as that."

Sean Dyche, Marcelo Bielsa and David Moyes, current West Ham manager and former Everton boss, are all believed to be in the running to take over from Lampard at Goodison Park.

With a home tie against league leaders Arsenal and then a trip to Anfield for the Merseyside Derby up next for the Toffees, whoever gets the job will have their work cut out for them immediately.