Last week we showed you what we believed to be the new United home kit which controversially features a fair amount of black to complement black shorts.

It's potentially the most significant design change to the famous red shirt since Nike controversially introduced a black chevron in 2009. United have worn black shorts in the past but usually so as to avoid kit clashes.

The away kit is understood to be pink, taking its inspiration from the old Manchester Evening News Pink Final newspaper which used to be printed on Saturday nights featuring reports and scores from the day's sporting action,

This blue kit - which is said to be the club's new third choice - includes Chevorlet as the main sponsor and the United badge and adidas logo are including in gold.

The shirt is expected to be officially unveiled any day now and will go on sale soon.

Several clubs have already released their kits for next season with Liverpool and Everton among the first. Everton even wore their new kit for the game against Southampton last Saturday. Clubs generally stagger the release of home, away and third kits during the summer months and with pre-season games abroad coming up, there's a great potential shop window.

Adidas returned as United's kit supplier in 2015, replacing Nike who had their Swoosh on the club's gear for 13 years. Prior to that, Umbro enjoyed a long partnership with the club during one of the most successful periods in the club's history. 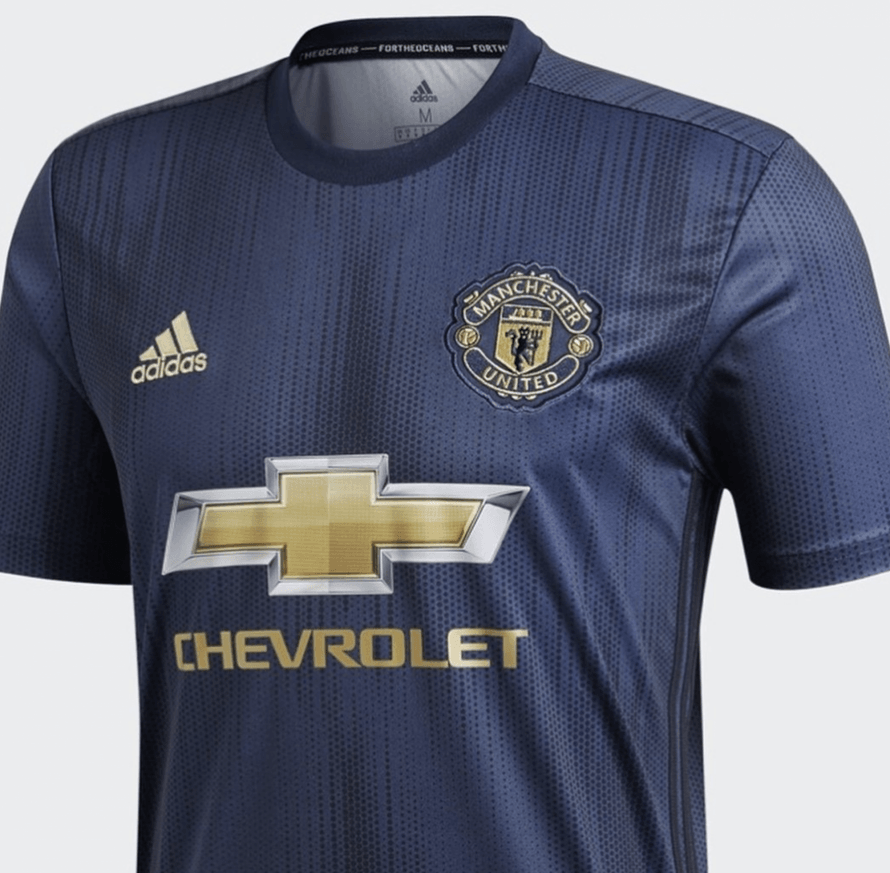