Leeds United. All out attack. Naive. No game management.

You know what? You can absolutely stuff it. Marcelo Bielsa’s Leeds United are one of the finest sides to have ever come up from the Championship and against champions elect Manchester City, they showed a completely different side to the one that has thrilled us with their gung-ho attacking style this season.

Stuart Dallas scored twice to secure a 2-1 win at the Etihad in which we saw just how good this Leeds side are. Dallas gave them the lead with a thumping finish from a Patrick Bamford lay-off, but the key moment came as Liam Cooper was dismissed after a VAR review. His high-foot on Gabriel Jesus was a clear red card and Bamford was replaced by Pascal Struijk before half-time, as Leeds looked to hold their lead.

They almost made it. An incredibly resolute defensive display saw Leeds close down the gaps, press City into mistakes and hold the fort until deep into the second half. A couple of quick passes cut through the defence for Ferran Torres to equalise, and now the defence had been breached, surely Guardiola’s side were on course for their 24th league win of the season.

This is where Bielsa's side is magic. The effort and hard work meant that they kept manufacturing opportunities. Raphinha was brilliantly tackled by Ederson when through on goal, but when Dallas was played through in injury time, he made no mistake. There will be little criticism of Bielsa tonight, that is for sure.

"Great. I thought we done really well. Dug in at times but showed a different side to our game. A great goal by the end. A real good win,” Luke Ayling commented at full-time.

"It was more about digging in today. We did well at the start of the second half, they got their goal, so we had to dig in again. It showed a different part of us. Everyone knows we try to get at teams. But today we dug in. lt makes me very proud. We looked like lads working hard for each other.’’

These Leeds players love to play for Bielsa and it is testament to his training regime that they were able to outwork Man City and earn the three points, despite playing the entirety of the second half with just ten men. 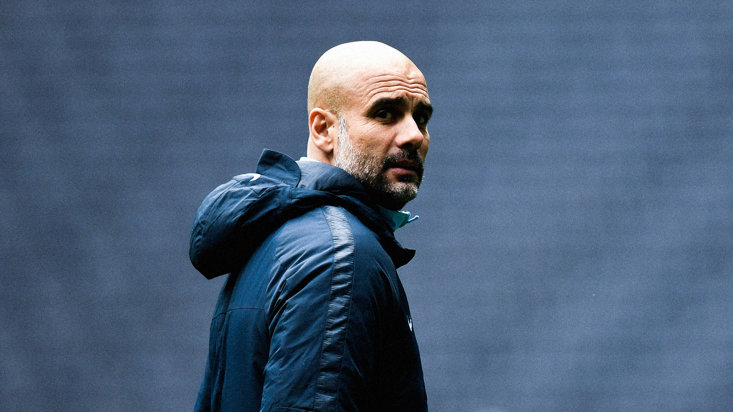 Meanwhile, ‘Pep roulette’ has haunted Fantasy Premier League players ever since he joined the City in 2016 but against Leeds, this game of chance was in full swing as Guardiola clearly had other things on his mind. In just four days' time, Manchester City face Borussia Dortmund in what clearly is the most pivotal game of their season.

That tie hangs in the balance, as City take a 2-1 lead to Germany and with the Premier League title almost wrapped up, it is clear Guardiola’s attention has now turned to Europe. Ruben Dias, Kevin De Bruyne, Aymeric Laporte, Sergio Aguero, Kyle Walker and Phil Foden were all left out as City looked to use their squad depth to break down Leeds. It didn’t work.

They just lacked that star quality we so often see with this side, but if it means their players are fresh for Wednesday night, this will be a sacrifice Pep is happy to accept. United could close the gap on City to eight points if they win both their games in hand, but even still, it is a tough ask with just six games to play and Guardiola knows it. The Champions League, the trophy he hasn’t won in a decade, is the big prize for him this term. If City end up lifting it, they could well be completing a quadruple.