Brian McDermott has hit the ground running with an effervescent Rovers squad who are already flexing their muscles as promotion favourites with an unbeaten start in the Betfred Championship.

And with all the experience of four Grand Final wins, two Challenge Cup triumphs, a league leaders’ shield and a World Club title during an eight-year Leeds Rhinos dynasty, McDermott heads into this weekend’s live Challenge Cup date with Batley talking like a man relishing his latest opportunity to realise a dream.

“We hope to get promoted this year. There is no secret that that is our aim but we are in a queue with another four or five teams who expect to get promoted as well” he tells The Sportsman, who will stream Sunday afternoon’s Cup tie live from Batley.

“This week it’s the Challenge Cup and because you don’t get a second chance it just gives it a different feel. You have to get the job done there and then and can’t learn your lessons.”

McDermott has always been surrounded by pressure. His achievements at Leeds were preceded and then punctuated by more trying spells, not least when starting out as head coach of Harlequins with the assumed twin role of winning rugby matches and spreading the league gospel in the shadows of Twickenham. His last Grand final success with The Rhinos in 2017 was followed by a season of struggle that led to his arrival at Toronto, guiding the Wolfpack to Super League before their financial meltdown saw staff scatter far and wide.

So the Yorkshireman’s arrival at the passionate Post Office Road club so desperate to rekindle former glories feels a perfect fit.

“I’m enjoying working with a good honest group of people here who just work really hard,” says McDermott, a former Royal Marine for whom maximum effort is a minimum requirement. “Whether that be the players, the backroom staff, the chief exec  - who has an incredible work ethic, the owner  - who has a crazy work ethic and should have a day off. All the staff here are doing whatever they can. 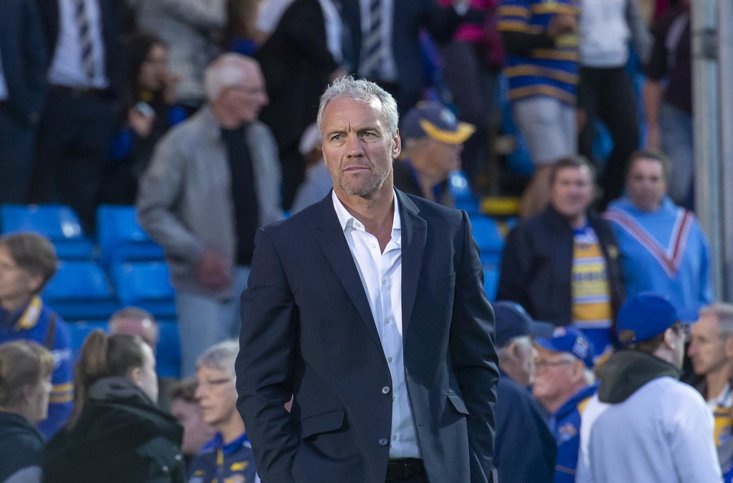 “When I speak about work ethic to these men they get it, I don’t have to educate on what work ethic is. It’s a great club to be at, the potential of the club is very good, it would enhance Super League for sure. We have a lot of work to do on and off the field but everybody is believing in the same vision and I’m enjoying being part of that.”

Featherstone’s most treasured moments have come in the Challenge Cup, winning the sport’s iconic silver trophy in 1967, 1973 and again in 1983. And the passionate, loyal fan base of this former mining town hope a Cup run this year can show Super League they are ready to finally step up.

“This Featherstone team, we know can play,” says McDermott. “It would be good for us to progress through and draw a Super League team and find out where we are at. We would be excited to do that.

“But Batley are a good team and have been decent for a couple of seasons. Craig Lingard has given them some great leadership and belief they can play.  We are planning for a battle and for a tough encounter.”

Watch live coverage of Batley v Featherstone in the 5th round of the Betfred Challenge Cup, live and exclusive on The Sportsman this Sunday from 2:45pm