Football
News
The Foxes are four points ahead of Chelsea and West Ham in the chase for a Champions League spot with eight games left
Shane MacDermott
22:26, 22 Apr 2021

Kelechi Iheanacho continued his sublime scoring streak as Leicester City proved they were no Super League afterthought as Brendan Rodgers’ side eased to a comprehensive 3-0 win over relegation-threatened West Bromwich Albion.

The Foxes’ hierarchy would have been quietly miffed about not being included in Europe’s ‘elite’s’ plans for a breakaway competition with the so-called English ‘top six’ called up despite Leicester's shock Premier League title triumph in 2016.

But they would have been equally ecstatic to avoid the brutal backlash from their own fans and others across the country after the plans were made public - before they rapidly unravelled just days later.

Leicester did their talking on the pitch as they boosted their Champions League hopes in style. Jamie Vardy and co agonisingly missed out on the coveted top four on the final day last season, but they look destined to join the top echelon of European football once again next term.

Rodgers’ charges are four points ahead of London clubs Chelsea and West Ham in the chase for a Champions League spot with eight games left - and a tasty clash at Stamford Bridge in the penultimate league game beckons which could determine who secures that final spot.

The Midlands club showed they remain fully focused on the league despite their first FA Cup final in 52 years simmering in the background.

It was a phenomenal first-half performance before they took their foot off the gas in the second half with Kasper Schmeichel left out in the cold in the Leicester goal. West Brom have scored eight goals in their last two games but they would have preferred to share those goals out as Mbaye Diagne missed a glorious early chance before the floodgates opened. 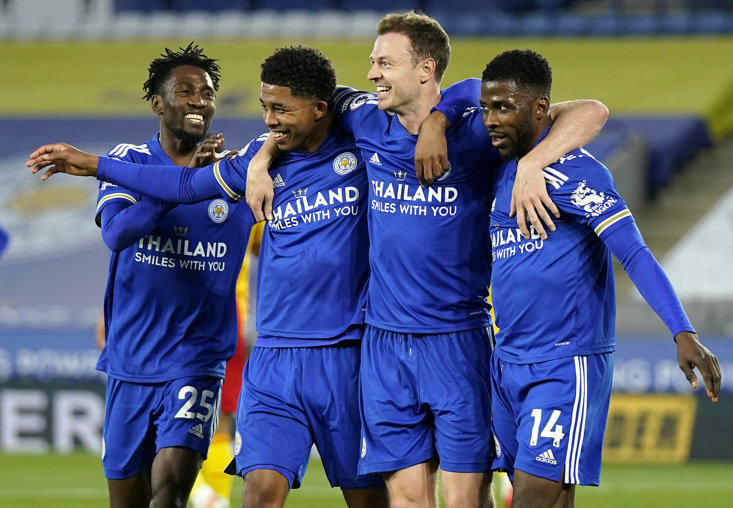 Vardy ended his uncharacteristic 11-game goal drought when he completed a fine team move in the 23rd minute. Youri Tielemans picked out Timothy Castagne’s run with the latter squaring the ball for the former England international to open the scoring with only his second goal since the turn of the year.

Northern Ireland defender Jonny Evans showed just how far he’s come since leaving the Hawthorns in the summer of 2018 when he was left unmarked to head home the second just three minutes after Vardy’s opener.

It was widely regarded survival specialist Sam Allardyce would arguably have to pull off his greatest escape to keep West Brom in the top tier. There is no doubt results have picked up since January and back-to-back wins at Chelsea and against Southampton gave the Baggies a glimmer of hope, but they offered little threat at the King Power as the hosts dominated proceedings.

They say you need a lot of luck to stay up in a relegation battle and when Matheus Pereira’s corner hit the bar it looked like all hope was lost. 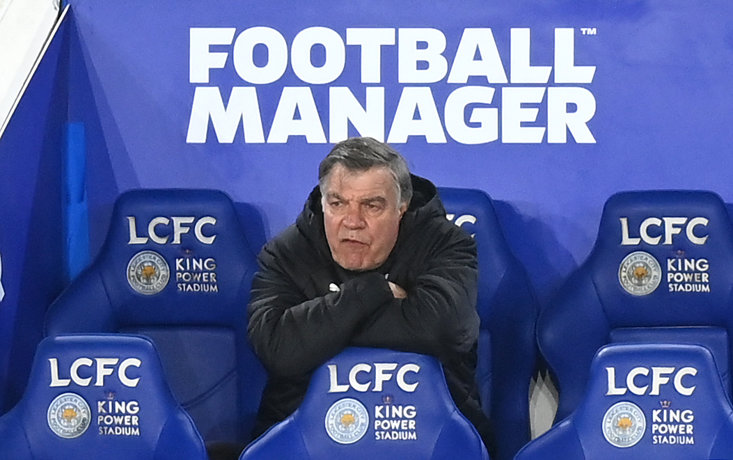 Castagne, who set up Vardy’s opener, hit the base of the post as the Foxes tried to put the game beyond doubt before half-time.

Nigerian striker Ineanacho has pulled his weight during Vardy’s surprise barren spell in front of goal. The former Manchester City ace bagged his 13th goal in an impressive 13-game spell since the the start of February.

He added gloss to a fine first-half display but it was Vardy’s contribution to the goal which was more telling.

The 34-year-old showed his all-round contribution to Rodgers’ side as he squared the ball for his strike partner to calmly chip over Baggies’ shot-stopper Sam Johnstone.

Speaking to BBC Sport after the match, Rodgers said, "Overall, really pleased as a win in the Premier League is always huge. We were good but we can be much better.

"There is no doubt Kelechi is scoring and looks like he can score every game. There are areas of the game he can improve, like not losing the ball, but we are so pleased for him because he is working really hard.

"Tonight was always going to be a big test. We have to control ourselves and our own performance. Delighted for the guys."