Leicester City earned a late victory over Manchester United to ease the pressure on Brendan Rodgers as the Foxes recorded their first win in six Premier League matches. It was a torrid affair for Ole Gunnar Solskjaer’s side, losing 4-2, and once again the Red Devils showed how weak they are defensively, having kept just one clean sheet so far this season.

Manchester United were praised for their summer capture of Raphael Varane from Real Madrid, who was expected to complete the jigsaw, but the defence are still leaking goals and this is only going to be exacerbated in the Frenchman's absence. The big issue with Solskjaer’s side is not only the defence, but the lack of a competent defensive midfielder to aid the backline when their opponents attack. Midfielders Fred, Paul Pogba and Nemanja Matic have consistently shown that they have no value when it comes to assisting the defenders and it once again begs the question why the club prioritised the return of Cristiano Ronaldo over such a player.

United took the lead at the King Power Stadium through an exceptional strike by young superstar Mason Greenwood, whose left-footed cross was curled perfectly into the top-left corner which Kasper Schmeichel had no chance of reaching. But it was a defensive error and United’s complacency that saw the home side equalise. Kelechi Iheanacho did brilliantly to rob Harry Maguire after United tried to play out from the back. The Nigerian striker looked up and found Youri Tielemans who rivalled Greenwood with a brilliant goal of his own. He saw David de Gea off his line and he hit a lobbed effort that went over the Spaniard and nestled in the top-left corner.

Leicester turned the game on its head late on as Caglar Soyuncu fired them ahead before Marcus Rashford equalised moments later. The game didn’t stop there and in fine fashion Jamie Vardy scored almost immediately after United’s leveller to give Leicester the lead once again. The game was put beyond doubt when summer signing Patson Daka fired home in the dying minutes, becoming the first Zambian to score in the Premier League in the process. 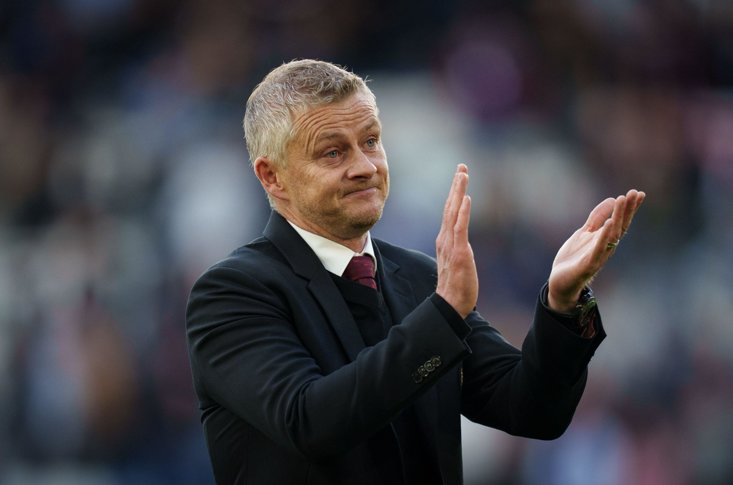 Rodgers will be delighted that his side have finally ended the rut and he will be hoping they can push on and return to a position that they were in last season, pushing for a Champions League place.

Over at the Etihad Stadium this afternoon, United’s rivals Manchester City condemned Burnley to their fifth defeat of the season, but only by a slender 2-0 scoreline. Bernardo Silva was there to tap-in from close-range after goalkeeper Nick Pope spilled a save from Phil Foden. Kevin De Bruyne then added a second in the second-half to wrap up the victory. Pep Guardiola will not care that his side did not get more goals, unlike in previous meetings with the Clarets, and he will be glad that they were able to get the victory to keep the gap tight on title rivals Liverpool.

In the West Midlands, Aston Villa threw away a two-goal lead against Wolverhampton Wanderers in sensational fashion as a late Ruben Neves free-kick completed a brilliant comeback for Bruno Lage’s side. Danny Ings came back to haunt Wolves for the third straight game in a row as he fired the hosts into the lead before John McGinn added a second. Wolves did not let their heads drop and they continued to push as Villa invited pressure. Romain Saiss pulled one back for the visitors before Conor Coady popped up with the equaliser.

Then at the very death, the visitors had a free-kick and of course it was given to Neves. The Portuguese star’s effort took a deflection and took the ball away from Emiliano Martinez to complete the incredible turnaround. Lage will be thrilled at his player’s mentality to fight back and earn their third consecutive victory.

Norwich City earned an impressive point against in-form Brighton & Hove Albion at Carrow Road, but they were fortunate to not have conceded a penalty in the first-half as Neal Maupay was caught by goalkeeper Tim Krul. Elsewhere, Southampton were able to record their first win of the season as they beat Leeds United 1-0 at St Mary’s through an Armando Broja strike. Marcelo Bielsa’s side failed to register a single shot on target. The pressure will be starting to mount on the Argentine with his side having picked up just one win in the league this season.