Leicester City have been knocked out of the Europa League at the hands of Napoli. Europa Conference League football will be coming to the King Power Stadium in the New Year, after a combination of suspect defensive and wasteful finishing saw them lose 3-2 in Italy.

On a night of critical importance to Leicester’s continued involvement in the Europa League, they certainly won’t have planned to go behind so early. The home side scored from their first attack, when Adam Ounas marked his first Napoli start since April 2019 with a goal. Piotr Zielinski played a brilliant ball across the box to the Algeria international, who sized up the shot and finished well.

Matters worsened for Brendan Rodgers’ side when Napoli doubled their lead through Elif Elmas. Andrea Petagna picked the ball up in the box, and took Kasper Schmeichel out of the game with a simple pass across to Elmas, who had an empty net to aim at and scored. Finally sparked into life, the Foxes immediately responded. Leicester, so susceptible from set-pieces this season, finally benefited from one. A corner gave defender Jonny Evans a rare opportunity, which he put away with the finish of a consummate striker.

The visitors had the bit between their teeth now, and Kiernan Dewsbury-Hall put them back on terms before half time. Fresh off making his first Premier League start, the promising 23-year-old seized on a short clearance and hit a peach of a shot from distance to level the game.

Half time arrived at the wrong time for a Foxes side that seemed to be growing into proceedings. Shortly after the break, Elmas put Napoli’s noses in front once more. A clever underlap from Giovanni Di Lorenzo saw him put the ball in the box, where the Macedonian midfielder was waiting to apply the calm finish. 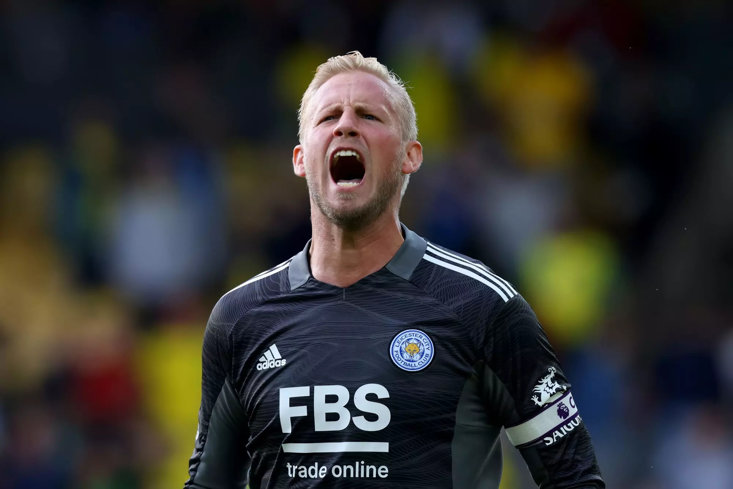 Leicester really should have evened things up soon after, when James Maddison hit the post from close-range. It was the sort of chance that the England star has scored time and time again, but it wasn’t to be at the Diego Armando Maradona Stadium.

Jamie Vardy sent a good chance into the side netting as Leicester attempted a last stand. Napoli coach Luciano Spalletti looked to counter this, replacing midfielder Diego Demme with former Roma centre back Kosta Manolas, switching to a three-man defence. The Foxes picked the lock almost immediately, when Timothy Castagne got down the right flank and squared to Dewsbury-Hall. This time though, the midfielder slipped and the chance went begging.

A club that has thrown up some of modern football’s greatest miracles did not have another surprise in the locker this time. Leicester will now drop into the Europa Conference League, while Napoli move on to a play-off game with one of the sides dropping down from the Champions League. On an exciting night in Naples, Rodgers’ side were once again left to rue their defensive lapses.