Leicester are flagging badly but this weekend’s FA Cup semi-final against Southampton could be the boost they need for the rest of the season.

The Foxes campaign is currently on a knife edge with a possible nine games remaining. Brendan Rodgers' men can still enjoy huge success but could also suffer major disappointment. Having dropped out of the top four on the final day of last season, they will have learned harsh lessons but must use the knowledge to avoid a consecutive disaster.

All season long they have appeared comfortable in the top four, at one stage even looking like City’s main rivals for the title. However, losing three of their last six Premier League games has allowed West Ham, Chelsea and Liverpool to gain on them has put them in a precarious position again.

Leicester are only four points clear of the Reds who are in sixth place and will spend the rest of the season in a race. However, this weekend, they have to park the league concerns and fully focus on the FA Cup. A competition no longer seen as a priority and now sharing it’s magic with other tournaments, lifting the iconic trophy at Wembley come May would be a massive moment for Jamie Vardy and Co. 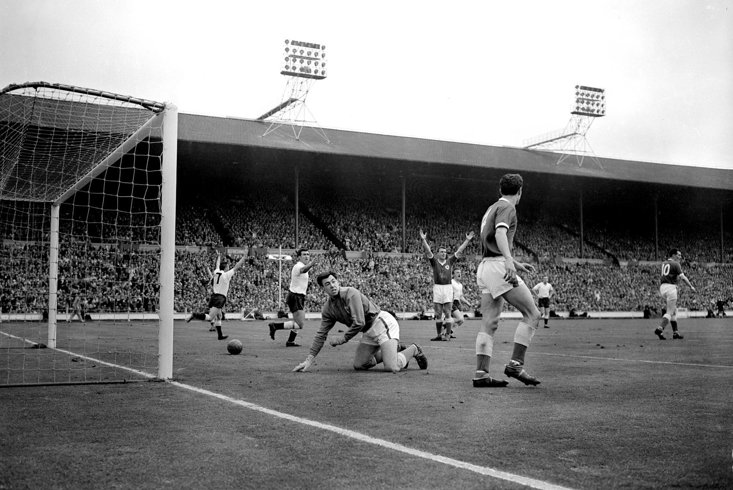 LEICESTER LOST THE FA CUP FINAL IN 1961 AGAINST TOTTENHAM

Of course, the Foxes famously clinched the Premier League title in 2016 against all of the odds but this is a club who have never won the FA Cup before. They have reached the final on four occasions, three times in the Sixties, once in 1949 and lost them all. To win silverware would be a giant achievement.

To put things into perspective, compare Leicester to the other semi-finalists. While Chelsea and Manchester City routinely make the last four, the former regularly in the 21st century and the latter often in the last decade, this is the Foxes first FA Cup semi-final since they lost to eventual winners Tottenham in 1982. 39 years is an extremely long time and is a reminder of just how brilliantly Leicester are performing as a club.

They have competed and rubbed shoulders with the best for the last five years. They have bettered the glory days they enjoyed under Martin O’Neill, who led them to League Cup triumphs in 1997 and 2000.

Should Leicester drop out of the Champions League places, it will be seen as a failure but this is a club still new to regularly battling it out at the top. Should they beat Southampton, an FA Cup final appearance would never be forgotten by fans, while a victory would make every player a hero, with or without top four.