One wonders what Virgil Van Dijk must have made of that. The heavy metal football we have seen under Jurgen Klopp was on show, but this time it was more worthy of head-banging than rock and roll, as Liverpool fell to a 3-1 defeat in Madrid. The tie isn’t quite over, but Liverpool’s defensive frailties is what will prevent them from lifting the biggest trophy in club football this season.

At the Alfredo Di Stefano Stadium, we saw the best and worst of the much-discussed Trent Alexander-Arnold. Defensively he was all over the show in the first half as Carlos Vinicius Jr gave him the run around and time and time again the back four were caught out with long balls over the top.

An inability to close down Toni Kroos led to the opener as the German midfielder beautifully chipped the ball over to Vinicius, who chested it down and finished past Alisson first time. The Reds were simply caught out by a long ball from Kross, who was way inside his own half when he played the ball. The central defensive pairing of Ozan Kabak and Nat Phillips could not deal with the quality they faced, and in truth, they had little help from either full-back.

Alexander-Arnold was culpable when it came to Real Madrid’s second too. Another long ball from Kross, who wouldn’t look out of place with his pitching wedge of a right foot at Augusta later in the week, played another ball over the top and the English right-back headed the ball into the path of Marco Asensio, who tapped the ball past the onrushing Alisson.

Thiago replaced the underwhelming Keita before the break and Jurgen Klopp’s side did improve in the second half, as Mo Salah pulled a goal back from close range. Alexander-Arnold began to pick out the kind of passes that make him such an attacking outlet, but yet again, Liverpool’s good attacking work was undone, as Vinicius got his second of the night.

Luka Modric, as pivotal as ever at the age of 35, laid the ball off to him to fire past Alisson, who should’ve done better as he parried the ball into his own net. With no Anfield crowd to rely on, the motivation must come from within if the Reds are to turn this one around. They’ve had bigger deficits than this to overhaul in the past, but the chances of them keeping a clean sheet are miniscule, which makes the task ahead of them so much harder.

Unfortunately for Klopp, there simply is no solution to his woes. Not this season anyway. Joe Gomez and Virgil Van Dijk will provide welcome relief when they return from injury in the summer, but for now, it is a make do and mend situation. They had injury issues when they came back against Barcelona without Salah or Roberto Firmino, but at least they had a competent back four on the pitch that night. 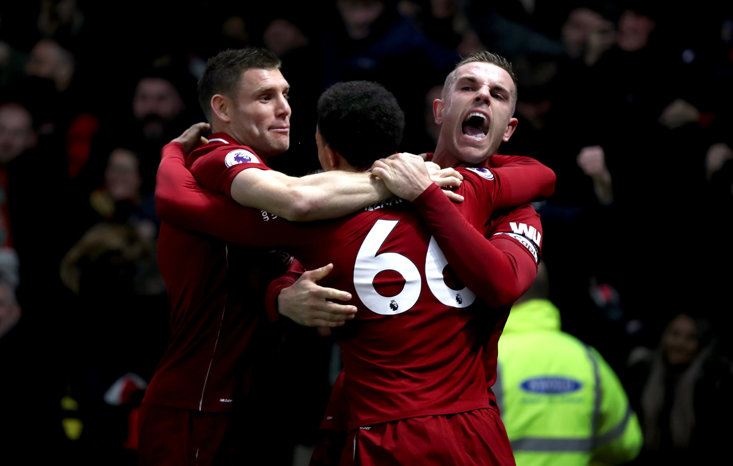 In the other Champions League tie of the night, Manchester City beat Borussia Dortmund 2-1 thanks to a late Phil Foden goal, in a game which was not short on controversy. After Kevin De Bruyne had given the home side the lead, City were awarded a penalty which was correctly taken away from them after a Rodri dive, before Dortmund should have levelled. Jude Bellingham nicked the ball off Ederson’s toe but before he could tap the ball into an empty net, the referee inexplicably blew his whistle for a high foot, so that the ‘goal’ couldn’t even be checked by VAR. It was nothing short of a disgraceful decision by the officials, who could at the very least have relied on the video replay to help them out.

Dortmund captain Marco Reus did bag an equaliser late on before Foden popped up to give Pep Guardiola’s side a small lead to take to Germany next week. Both English sides have work to do in this second leg, but you cannot win the Champions League without a reasonably solid defence. It won’t be Liverpool’s year this time around.