They were out again in full voice before kick-off on Saturday night. The England fans who claim to be 100 per cent behind the team but are then demanding to know why Jack Grealish isn’t playing and what it is the likes of Raheem Sterling and Luke Shaw actually bring to the team.

It’s not enough for some people for England to win games, they need them to win in exactly the way they have already envisaged, using only the players they enjoy watching.

Sterling’s success at Euro 2020 has been a big two fingers to many of those ‘fans’. Luke Shaw’s performances have increasingly been a further rebuke. The 4-0 quarter-final battering of Ukraine in Rome had the pair’s fingerprints all over it, and if England do go on to win the tournament it will be sweet poetry to watch some people have to grovel about the impact of those players they have pilloried in recent times.

After delivering two key moments in the 2-0 win over Germany in the previous round, Shaw was again sublime at the Olimpico. After Sterling’s perfectly-weighted pass had put in Harry Kane for England’s opener, it was the Manchester United left-back who teed up the pair of early second-half goals which released all the nerves which come oh so naturally to England fans.

His free-kick delivery for Harry Maguire’s 46th-minute header was inch perfect. As the first set-piece goal of England’s tournament, that one will have pleased Gareth Southgate immensely. More was to come within four minutes though, with his ball in for Kane’s second being superbly measured once more. With two swings of his left boot, Shaw had settled the game. 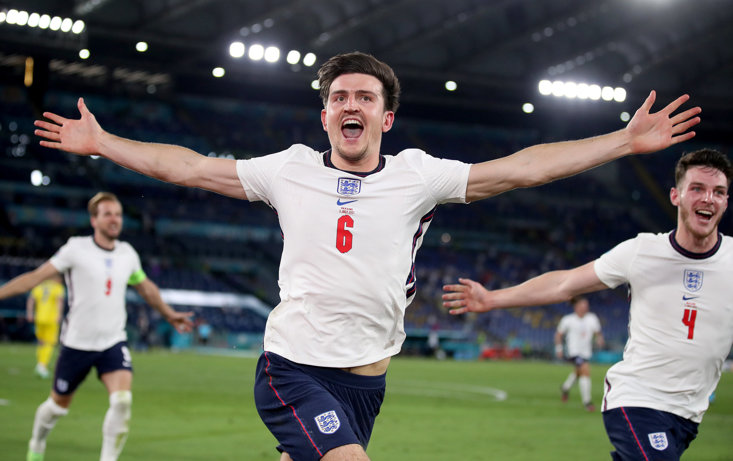 He’s come a long way, and not just in this tournament. His first nine caps came in a seven-year span, such were the travails he had to overcome following his initial call-up as an 18-year-old. There was that sickening leg break suffered playing for United in Eindhoven in September 2015, and not long after he came back he had to deal with a club manager in Jose Mourinho who seemed more intent on using Shaw as a public voodoo doll than nurturing a talented young full-back.

When he started against Albania in March it was only his second England appearance in four long years, as his problems at Old Trafford coincided with a time when Southgate was embarrassed by the riches in the full-back spots. But at Euro 2020 so far, he has probably been his country’s stand-out defender. And that’s saying a lot in a side that hasn’t conceded in five games. He’s just had so much to offer in both halves.

His career has been quite the renaissance, and if he were to play a part in two England victories over the next week he would become a history maker. Looking at the trajectory of his career in the last six years, and the amount of difficulties he has had to overcome, he arguably deserves to be a European champion as much as anyone.

Luke Shaw turns 26 one day after the Euro 2020 final. What a celebration that could be…