Football
News
The chances of Kent extending his stay in Glasgow diminish with each passing week,
Graham Semple
18:00, 30 Sep 2022

Ryan Kent is no stranger to a bout of poor form - but uncertainty surrounding his long-term future has exacerbated his current struggles.

The former Liverpool youngster, one of Rangers' most expensive signings and prized assets, is free to enter pre-contract negotiations with other clubs from January. It may be a coincidence that his ineffective start to the campaign has coincided with a lack of progress in renewal discussions, but it has undoubtedly intensified the criticism.

The chances of Kent extending his stay in Glasgow diminish with each passing week, although Connor Goldson’s late decision to lengthen his deal in the summer indicates there is still plenty of time for an agreement to be reached.

The Englishman’s thoughts on his contract quandary are unknown. He has remained tight-lipped on his future and, unsurprisingly, has not been readily available to speak with the press. Leeds, under Marcelo Bielsa, repeatedly tried to take Kent back south, but they appear to be heading in a different direction under Jesse Marsch.

If Kent does pursue a fresh challenge, he will not be short of admirers, especially under freedom of contract. He finished the previous campaign in the Europa League Team of The Season, and his dazzling performance in Dortmund was highlight reel worthy. The 25-year-old is a jinking two-footed winger, and his balance, trickery and directness can mesmerise defenders.

Kent is quite a sight in full flight, yet his best work is too infrequent. His end product can be a source of frustration, and his shooting woes are evident in his mediocre goal return. An inability to regularly capitalise on his menace is perhaps why clubs have been reluctant to offer big bucks for his services.

Netting just 30 goals in 184 appearances is below the threshold expected from a winger of such repute. Kent can uncork the occasional pearler from range, but he is more likely to produce a shank or a slice than trouble the goalkeeper.

Kent has looked distracted since the summer, but confidence issues are likely behind his downbeat demeanour. In ten appearances this season, he is yet to find the net, and bad habits are creeping into his game. He has been guilty of taking unnecessary risks, and his sudden urge to dribble in dangerous areas contributed to Celtic’s opening goal last month.

Throughout Kent’s time in Scotland, Rangers have had a lopsided attack. The Englishman is the sole creative hub on the left, while graft and hard work are selected ahead of flair on the opposite side. Kent lacks a supporting cast to ease the burden, and the onus is on him, or James Tavernier, to provide moments of inspiration. 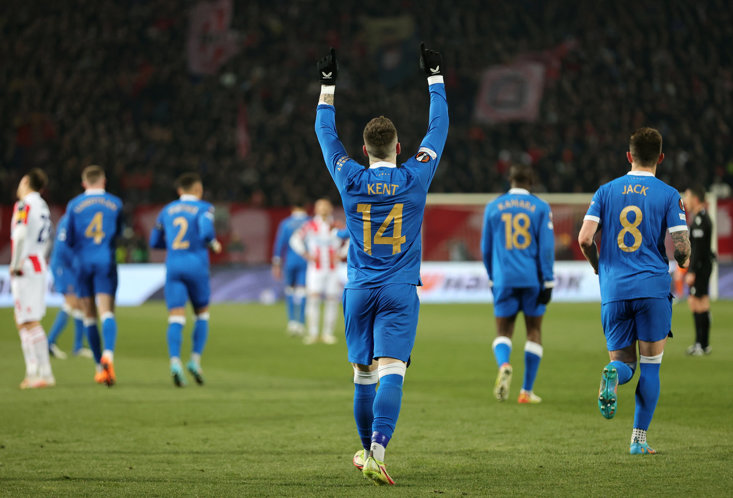 Rangers tend to encounter low blocks most weekends. Kent’s threat is well known, and he rarely has the chance to exploit gaps and use his quickness over short distances. Space is limited, and it is little wonder he has thrived in the European arena. Matches ebb and flow in continental competition, and the winger benefits from greater freedom and fewer restrictions.

By next summer, Kent, including his loan spell, will have been a Rangers player for five years. It is unusual for a player with his attributes - in the modern game - to remain in a second-tier league for so long. His appreciation for the club that resurrected his career is not in doubt, but the lure of a top-five championship may prove impossible to resist.

Kent is about to enter the peak years of his career, and he will soon have a big decision to make. He is going through a rocky spell, yet despite his recent drop in standards, those of a blue persuasion would still love to see him commit his long-term future to Rangers.