Arsenal’s youngsters got the job done against an Leeds side devoid of any confidence to book their place in the Carabao Cup quarter-finals. Goals from Calum Chambers and Eddie Nketiah secured a 2-0 win for Mikel Arteta’s side but it was perhaps the performance of Ainsley Maitland-Niles that will have impressed Arsenal fans the most.

Playing in a central midfield role, where he spent the majority of his spell at West Bromwich Albion last term, the 24-year-old brought a level of pace and defensive maturity to the team, up against an energetic Leeds midfield. Interesting, it seems like this is where his long-term future lies, having been used as a utility man at right wing-back and left wing-back over the years for club and country.

Perhaps this flexibility has actually led to his stagnation as a player, but now it seems under Arteta he may be given the opportunity to progress in these sorts of matches as a central midfielder.

In a game of few opportunities Chambers turned into an unlikely super sub - as he scored his first goal in two years just seconds after replacing Ben White in the second half. The ball was played back into the danger zone by Nicolas Pepe and the defender rose highest to power it over the line. The goal line technology system took a few seconds to confirm the goal, but when the referee’s whistle blew - the Emirates erupted.

As “1-0 to the Arsenal” rang around the ground, the Gunners went in search of a second. Leeds for all their promise, gave away the second goal cheaply as Liam Cooper’s misplaced header played in the onrushing Nketiah who rounded the goalkeeper and, just about, finished into an open goal.

The youngster, who spent six months on loan at Elland Road, has been impressive when we have seen him in this competition and that goal makes it seven in eight career appearances in the Carabao Cup. Training with Pierre-Emerick Aubameyang and Alexandre Lacazette every day is sure to be benefitting the 22-year-old and with both of them above the age of 30, Arsenal appear to have a ready made replacement waiting in the wings. With the likes of AMN, Saka and Smith Rowe all still improving the future for this club does look bright. 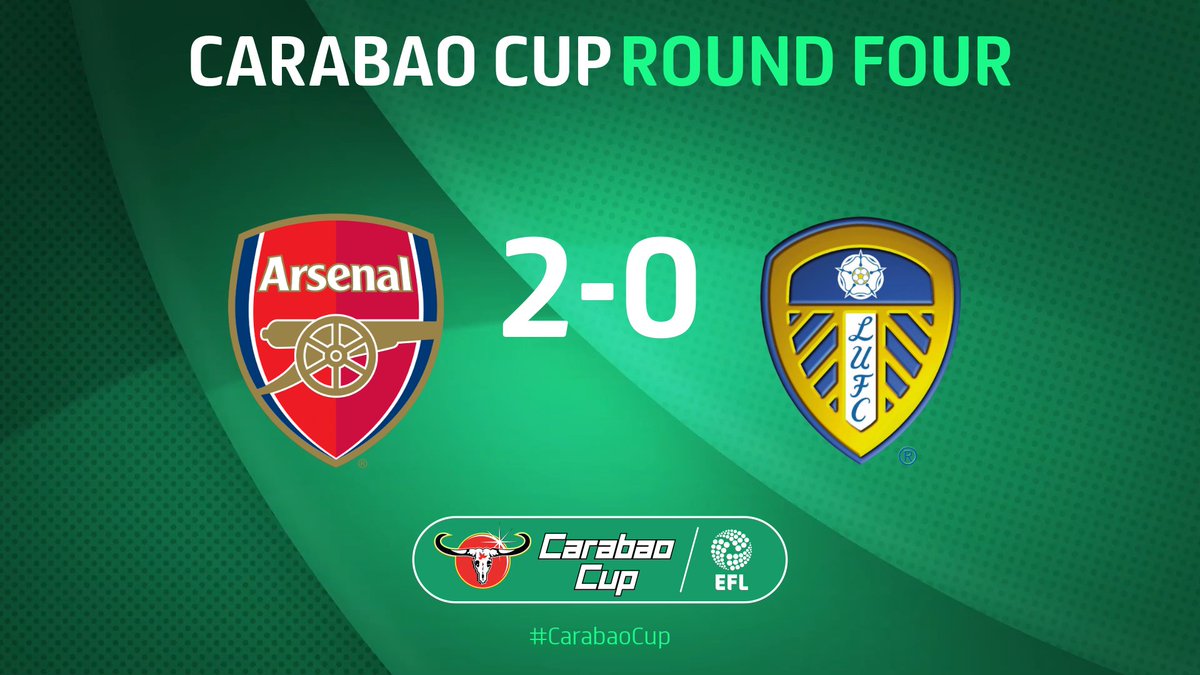 For Marcelo Bielsa and Leeds it was another disappointing night. They were second best and summer signing Daniel James spurned their best chance of the game, and now Bielsa’s attention will turn to Carrow Road on Sunday. Lose against basement club Norwich and there could be the first calls for him to leave despite the work he has done in Yorkshire, as the Whites have recorded just one win from their opening nine league matches.

Chelsea’s tie with Southampton was a surprising thriller as Kai Havertz, having frustrated FPL managers up and down the country as he somehow failed to get a goal or an assist in a 7-0 win over Norwich, opened the scoring with a towering header to give the European champions the lead.

However, Southampton to their credit fought back in a dogged display. Their second half equaliser came through Che Adams and the Saints were able to hold off a Chelsea side that looked slightly disjointed given their lack of strikers - as the game went to penalties. Theo Walcott and Mason Mount both missed as the sides could not be separated before William Smallbone blazed his spot-kick over the bar, leaving Reece James to send Chelsea into the quarter-finals.

For QPR and Sunderland, it was also a tie decided from the spot and incredibly it was the League One side that made it into the last eight - winning 3-1 on penalties.