Football
News
Roberto Martinez chalks up a 50th win as Belgium head coach but he needs the Red Devils A team back to challenge in Qatar
Hector Nunns
10:21, 09 Sep 2021

Roberto Martinez achieved a notable personal milestone by claiming a 50th victory as head coach of Belgium in the narrow 1-0 World Cup qualifying win against Belarus on neutral soil in Russia.

But having delved deep into his squad with almost an entire XI of A-listers absent through injury or suspension, the Spanish former Everton manager will have left Kazan under no illusions despite knowing the Red Devils are almost in Qatar, and in total control of Group E with a nine-point lead.

And without them Belgium looked a pale shadow of the team that has risen so impressively to stand at No1 in the world rankings. Their numbers are not the only ones that are impressive. Martinez’s 50 wins at the helm have come from just 64 games, with nine draws, only five defeats, and a win percentage of 78.1. When these two sides met on Belgian soil in March, the home nation ran out 8-0 winners.

One of his jobs when taking the position was to do better with the sparkling cast list than predecessor Marc Wilmots, who despite his own normally quite acceptable 64 percent win rate was felt not to be getting the most out of the extraordinary array of talent at his disposal.

Martinez has done better – notably leading Belgium to a third place finish at the 2018 World Cup. But even that was viewed as a partial failure by some critics at home, as was a quarter-final exit in this year’s delayed Euro 2020.

His contract runs until the end of the 2022 World Cup in the Middle East, and with Belgium now near-certainties to be at the party it will in all probability be the last chance for some of the much-vaunted ‘golden generation’ to get their hands on a major trophy.

Captain and long-time talisman Eden Hazard was thrown on for a 30-minute cameo against Belarus, but looked keen to avoid much contact during that time on the pitch with the game looking to be already won through Dennis Praet’s first-half strike. 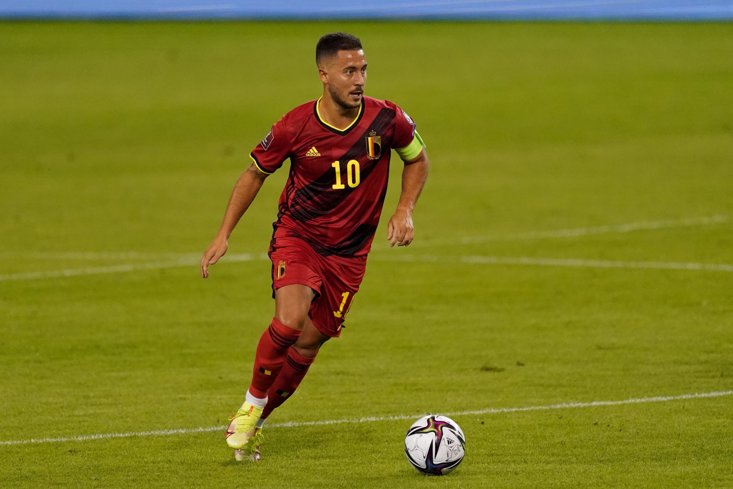 In some ways that was understandable. Eden Hazard is emerging from a two-year injury hell for club Real Madrid and country, and having rediscovered something approaching his best levels is not looking to lunge into too many tackles in a game played for long periods at near walking pace.

And on the long flight home on Wednesday night the coach will have been only too aware that his second string showed themselves to be simply no match for the originals. Leandro Trossard is never going to be Eden Hazard, and Michy Batshuayi is no Lukaku. The big guns will be needed, and required to be fit and firing come next year against the very best around.

Belgium and Martinez took something of a liberty leaving Eden Hazard on the bench against Belarus. Luckily they got away with it, and having taken nine points from nine in this international break it was a big extra boost to discover that Estonia had frustrated Wales on the same evening.

Even though Belgium must travel to Wales in the last game of the group in November and may still not have totally exorcised the demons of that famous Euro 2016 defeat, the gap now looks too big to bridge for Robert Page’s men.

Martinez, knowing that the three points was about all he could take away from Kazan, said afterwards: “When you play three games in seven days it is always difficult and the pitch wasn’t the best. It was a case of just getting a job done.

“Early on we were too careful and not taking enough risks. But I’m not going to dwell on negatives, we are out of here with another win and Wales dropping two points also helps us.”

Goal-scorer Praet has often cut a frustrated figure over the last couple of years, struggling to get much game-time with either Leicester City or Belgium. This was a first match of the season for a player that has just gone out on loan to Torino in Italy. 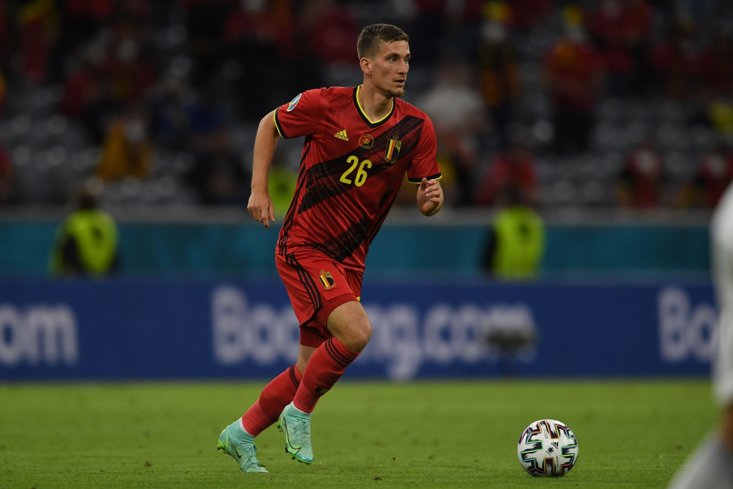 He was only given 22 Premier League starts in two seasons with the Foxes, and this was just a 13th cap for the 27-year-old midfielder with such fierce competition for places.

Praet said: “I haven’t played much recently so it was great first to start, and then of course to get my first goal for Belgium that earned us the victory.

“Everyone knows this group has a lot of very talented players, so it is never going to be easy to get into the team.”

The people of Belarus currently have a lot more on their minds than the fortunes of the national football team – hence the need for the switch of venue.

This qualifier had to be moved from Minsk to the neutral Russian city and empty Centralny Stadium of Kazan due to the ongoing political tensions and unrest in the country.

Protests began in 2020 in the build-up to elections, and the demonstrations have continued against the government and President Alexander Lukashenko amid claims of a rigged vote and against a backdrop of a crackdown from the authorities and arrests and imprisonment of journalists and opposition politicians.

That volatile situation meant a return journey of 4,000 miles from Brussels – double what it would have been for the Red Devils to Belarus itself.