Rugby league saved Peter Mata’utia’s life, and when Warrington Wolves' Samoan centre lines up against his brother this week it will underline sport’s raw power to bring about huge change.

Peter’s Warrington host Sione’s St Helens on Thursday night in the opening game of the Betfred Super League’s Tackle The Tough Stuff Round, as the traditionally brutal, macho game bids to encourage strength in mental health through vulnerability.

“When I was growing up they said strong men don’t cry,” Mata’utia tells The Sportsman. “It actually takes strength to cry or be vulnerable and be someone else that nobody has seen. To see tough guys, who aren’t supposed to get emotional, opening up is cool. We are in a privileged position to be a professional athlete with the platform that we have. It starts with us.”

The 31-year-old talks with a softness and raw honesty that reflects a life of hardship, sacrifice, mistakes and lessons learned. His understanding of, and empathy for, mental wellbeing developed from an enforced premature entrance into adulthood, and a near-tragedy of his own when fragile coping mechanisms crashed down under the intolerable burden of responsibility.

As one of seven siblings growing up amidst domestic violence at their home in Bankstown, New South Wales, Peter had to step up for his three younger brothers and sisters.

Dad left when Peter was 11, with many days seeing bedtime without a meal for mum and her seven kids, despite the two jobs she was working. The family survived via food banks and shelters until Peter found rugby league, with a move to the junior ranks at Newcastle and an all-out bid to go professional so that the Mata’utias could live a life. When he made it pro, and that first pay cheque landed, it all went to mum, every single dollar. 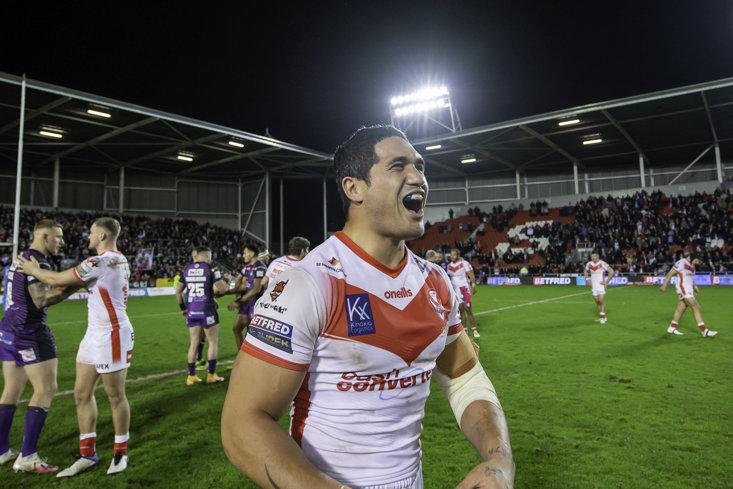 BROTHER SIONE WON THE GRAND FINAL WITH SAINTS IN 2021

His brothers followed that same path out of poverty. Peter, Sione, Pat and Chanel all came through at Newcastle, with their early wages helping to fix the windows broken by flying rugby balls in their back yard at home.

Peter cites his biggest achievement as a professional sportsman as helping his siblings through childhood and seeing his mum there to watch his and his brothers’ debuts. “Rugby league saved our lives and changed our lives,” he says.

When the brothers signed long-term deals at Newcastle, the club labelled them “outstanding young men from a wonderful family”. But for Peter, the journey had already taken its toll.

Thrust into real-life adulthood with all its hardships and challenges at such a young age saw Mata’utia fast-forward through the fun, learning years and unable to build healthy coping strategies to deal with the tough stuff. Just as he was breaking through came instead a breaking point.

“I didn’t know how to balance things and started doubting myself and thinking I had let my siblings down. I didn’t talk,” he says of those late teenage years at Newcastle.

Unable to open up, Mata’utia instead shut down, as the pressure built to make it in rugby to provide for the family. Feeling alone and with nowhere to turn to lighten the load, he made an attempt on his own life. He was found by his partner Casey - now his wife, and his best friend. He was hanging and unconscious. But alive. “I understood pretty quickly the effect that had on others,” he says.

Those petrifying depths of suicidal depression can serve as a lightning bolt to anyone falling down there. And for Mata’utia it built a strong, fresh outlook on mental wellbeing that has driven his life and career ever since. 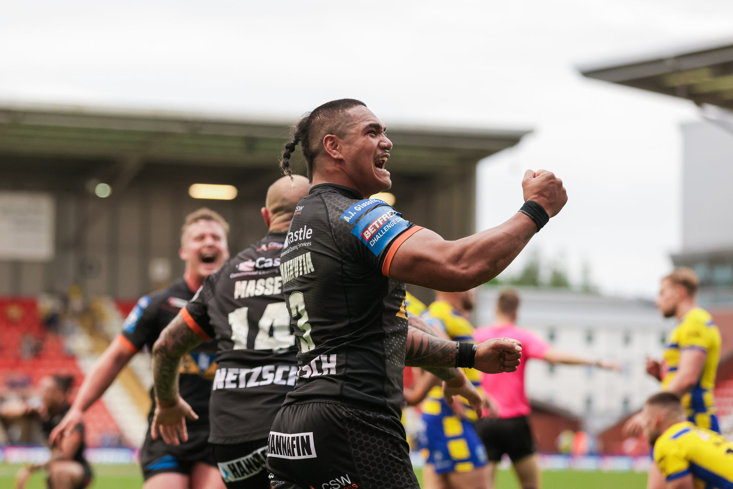 He only spoke about that suicide attempt when players were asked to open up in front of their team-mates about an impactful moment in their life while he was a player at previous club Castleford.

“I’m seeing a lot more players open up now about what they’re going through and it’s a daunting place to open up in front of your team-mates” he says. “But in the last few years I’ve seen a lot of it. It’s cool to see the coaches encourage it, and having organisations like Rugby League Cares involved with past players being vulnerable makes a massive difference.”

The Tigers coach then was Daryl Powell, whom Mata’utia followed to the Wolves. That experience, and seeing younger brother Chanel retire early with depression, has helped Mata’utia understand the power of vulnerability, both in managing our own mental health and in looking out for others.

“Growing up and coming home from school I was never once educated about what a mindset is.” That is something he now talks about in schools and colleges, and through his own charity back home.

“I enjoy talking about my past. I firmly believe there is not enough time in this world to make all the mistakes that we need to get us ready for life. Any words that are left unspoken weigh the heaviest, so if we are not speaking it then we are storing it. That gets pretty heavy and takes a toll on a lot of people.

“We had a tough upbringing and the way I got myself and my siblings through it, if I keep showing up every day knowing I’m still here despite what I’ve been through then I can give people and the next generation hope that anything is possible.

“I enjoy who I am today and that’s because of my past. The reality is that adversity is adversity and it’s going to happen, whether we like it or not. That’s just life, it has a funny way of testing how bad we want what we say we want.” 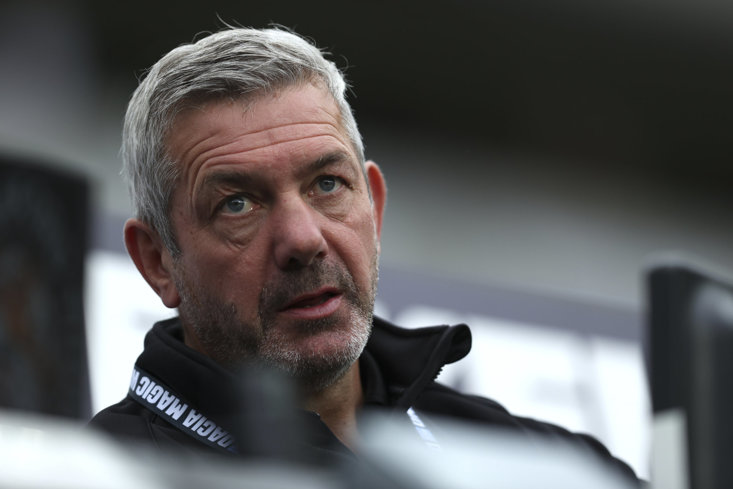 Mata’utia is enjoying fatherhood himself. Casey had twins before Christmas, joining their eldest son and a daughter that Peter delivered when the nurse didn’t quite make it in time in 2020. Every life experience is a learning curve.

“I’m all about the process. What is more important, what you get at the end of it, or who you become during the process? I enjoy making mistakes, it is the only way we can learn as people. I encourage my kids to make mistakes and try new things.”

The Tackle The Tough Stuff Round of fixtures sees the Betfred Super League and leagues below working alongside independent charity Rugby League Cares to power home strong messaging around mental health and the importance of opening up.

“I hope having a round of fixtures like this shows people that it is not the baggage we carry, it is how we carry it,” Mata’utia adds. “If we are not speaking, we are storing, and that stuff gets heavy. Nobody is alone, we all go through it together and I hope that this exposes that it’s okay to speak up and share your pain.”

Peter and Sione may no longer be shattering windows with errant passes in the backyard of their humble Bankstown home, but their rivalry will remain intense when the sides meet this week. And given every road they have travelled together, the pair see the irony in trying to break each other professionally over a backdrop of unity, compassion and togetherness.

“I say to my little brother that I don’t know any other job where you rock up to work and face somebody who is purposely trying to make you have a bad day at work,” Peter adds with a smile. “Besides being an athlete, I don’t know any other jobs where you get faced with that. We try our best to win and we are facing other people who just want to ruin our day. It’s a tough gig and not everybody is made for this sport.”