Here we go again. Having already dispensed with their coach Xisco Munez earlier in the season with the side sat in 14th, Watford are now on their third manager of the season, as Roy Hodgson comes in to replace Claudio Ranieri, who lasted just three months in the job.

The Italian’s tenure was swiftly brought to an end after a dismal 3-0 loss to Norwich, that not only saw the floodlights go out at Vicarage Road, but also plunged Ranieri’s spell into darkness. Once again this has drawn the ire of the wider footballing community, but irritatingly, it does seem as though this hire and fire policy employed by the club, actually works.

Making quick sackings rather than trusting coaches to find solutions has long been the remit of the Pozzo family, since they took over the club in 2012. Football fans are trained to loathe trigger-happy chairman who make constant coaching changes as a catch-all solution to every problem. However, Watford have played in the Premier League for five of the nine seasons the Pozzos have owned the club. In the 20 years before they took over, Watford spent just two seasons in the Premier League.The Pozzos started how they meant to go on in July 2012, by sacking incumbent Sean Dyche.

The now-Burnley manager had just led the Hornets to 11th, their highest league position in four years. But the new owners wanted to kick off their tenure with a box-office name, and legendary former Chelsea forward Gianfranco Zola was drafted in. Despite being hired more for his name value than his managerial stint at West Ham United, the iconic playmaker led Watford to third place in his debut season, before losing in the Championship Play-Off Final to Crystal Palace. 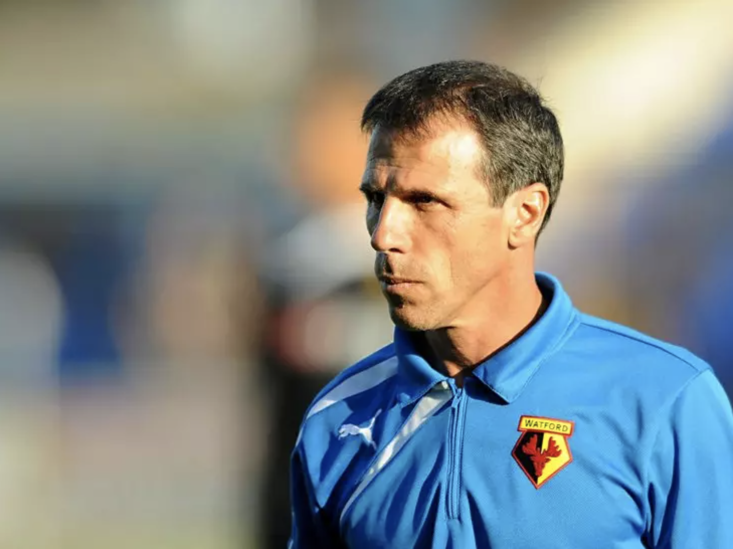 Zola would resign the following December, with his side sat in 13th place. The Italian had overseen five consecutive home losses, and hadn’t won since October. Former Palermo boss Giuseppe Sannino took the reins. The Hornets ended the season rooted to 13th, but started the next campaign brightly. Sannino managed four wins from the first five games but the first real evidence of Watford’s inability to keep a manager truly struck. Zola had survived a season and a half, not a bad stint in the Championship. But Sannino’s departure was the first of many bizarre ones under the Pozzos. With Watford sat second in the table, rumours of dressing room unrest spread, and the Italian resigned.

Sannino’s successor, former Brighton boss Oscar Garcia, departed after just two weeks and four games in the job for health reasons, after being hospitalised with chest pains. The next appointment, Billy McKinlay, can perhaps be used as the genuine beginning of the ‘Watford sack their managers’ trope. Promoted from first team coach, the Scotland international was sacked after just two games, of which he’d won one and drawn one.

Halfway through their third season at the helm, the Pozzos had overseen five managerial departures. It had brought them little in the way of success at this stage, with the closest Watford came to Premier League football coming with Zola. The tide would turn with ex-Partizan Belgrade manager Slavisa Jokanovic, who led the club to second in the Championship. After returning Watford to the Premier League for the first time in nine years Jokanovic failed to agree a new deal and left the club. 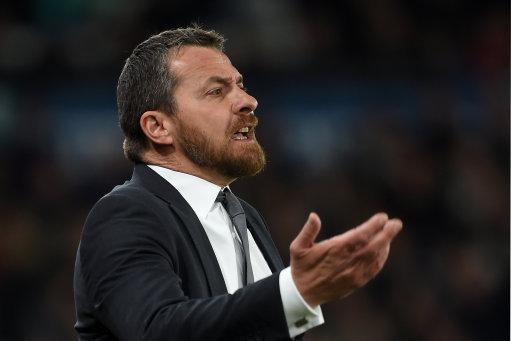 Former Atletico Madrid manager Quique Sanchez Flores became Watford’s fifth manager in a year, given the unenviable task of keeping the club in the Premier League for the first time in their history. A Europa League winner, this felt like a statement from the Pozzos after the club had been made figures of fun for their scattergun approach. The new man scooped a Manager Of The Month gong along the way to finishing 13th, and The Hornets also reached the FA Cup semi final. Something to build on then, just not for Flores. He left during the summer, to be replaced by former Inter Milan coach Walter Mazzarri. The situation was a point of open ridicule now, but the Pozzo family could point to the fact that Watford got to the promised land, and stayed there for the first time.

Mazzarri kept them there again, but after finishing just one place above the relegation zone, he was shown to the departure lounge. After uncharacteristically holding onto their last three managers for a season each, aeons in Pozzo-time, new hire Marco Silva was gone by January. After a promising start at Vicarage Road, Silva was eyed for the vacant Everton job in November. From that point on, Watford’s form plummeted, managing just five points from their next 10 Premier League matches before Silva was let go.

Former Osasuna manager Javi Gracia was next in line. The Spaniard took charge of 66 games, the most for any Watford manager since Zola. Gracia claimed Watford’s best-ever Premier League finish, taking them to 11th, and also steered them to the FA Cup Final. After starting the following campaign with three losses and a draw, the writing was on the wall.

This time though, Watford’s preference for ‘twist’ over ‘stick’ would come back to bite them, as they embarked on a season that evoked the musical chairs of 2014. Having presumably run out of managers they’d never had before, Quique Sanchez Flores returned long enough to oversee an 8-0 loss to Manchester City. Unsurprisingly, Flores was gone after 12 games back at The Vic. Hayden Mullins followed as a caretaker boss, but as this is standard practice when clubs are between coaches so it feels churlish to hold this one against the owners.

Seasoned campaigner Nigel Pearson came in to steady the ship and steer Watford to survival. A different sort of appointment for the Pozzos, Pearson had kept Leicester City up in the 2014/15 season, with a run of seven wins in nine games. The Hornets were seven points adrift at the bottom of the league when Pearson joined. They were three points clear of the relegation places with two games remaining. So of course he was sacked, and Watford were relegated after losing both fixtures with Mullins back as caretaker. Former Maccabi Tel Aviv coach Vladimir Ivic was tasked with a swift return back to the Premier League, but was relieved of his duties with Watford fifth in the Championship table in December. Many predicted the worst, with the Hertfordshire club expected to fall off dramatically in the race to the Premier League. Instead, with Xisco Munoz in charge, they were automatically promoted and once again the Pozzo family were absolved for a managerial sacking that appeared too soon at the time.

Yet 14th in the top flight was not deemed satisfactory by those in charge as once again they made a change, blinded by the gleaming light that was Claudio Ranieri and his Premier League pedigree. They seemingly ignored his miserable spell at Fulham which saw the Cottagers relegated at the end of the season and gave him the job, but now find themselves second bottom and ready for another short-term appointment.

Hodgson is experienced in these sorts of situations, and has actually worked with the Pozzos before at Udinese, but come the summer, they will surely be searching for another head coach, even if he keeps them up. Some of the switches have been laughable, but Watford have actually enjoyed their greatest modern successes under their current ownership. They have been to cup finals, enjoyed Premier League-era high finishes, and even broken their hoodoo of always being relegated the season after promotion, although that is set to be challenged again this term.

As always, results will dictate how this latest managerial reshuffle is perceived. The Ranieri move was a disaster as the club went backwards, and now survival is the aim once again under another short-term boss. Perhaps the most worrying thing for Watford fans, is that this cycle seemingly looks never-ending.