What has happened to Dele Alli? Once one of English football’s most promising stars, the midfielder has suffered a sad decline in recent years which has seen him fail to dazzle supporters as he used to on a weekly basis.

The 26-year-old’s six-and-a-half-year stay at Tottenham Hotspur came to an underwhelming end in January after a dramatic drop in performances, but there was no clear change in his 11 Premier League performances for Everton which followed.

Two weeks into the 2022-23 season, reports have emerged that Turkish club Besiktas are interested in signing him, with Toffees boss Frank Lampard apparently content to move him on.

But one person who foresaw this fall from grace was former Spurs boss Jose Mourinho. In a now famous clip taken from Spurs’ Amazon Prime All Or Nothing docuseries, the manager offered Alli some sage advice.

“I am 56 now and yesterday I was 20. Time flies! And I think one day you will regret it if you don’t reach what you can reach.

This is not the only time Mourinho has been proved right in the long run, with a number of other assertive comments showing he sometimes knows what he’s talking about…

The Portuguese coach has enjoyed a trophy-laden career, but he stunned many by claiming that his greatest achievement was guiding Manchester United to a second-placed finish in the Premier League in 2017-18, citing the way the club was being run behind the scenes.

Given United’s status at the minute, his words seem increasingly accurate.

The United goalkeeper’s shortcomings playing out from the back were brutally exposed against Brentford on Saturday. And it was after the Spaniard was handed a new deal worth £375,000 a week two years ago that Mourinho claimed the club should not be paying that much money for a player who cannot adapt to the role of a modern keeper. 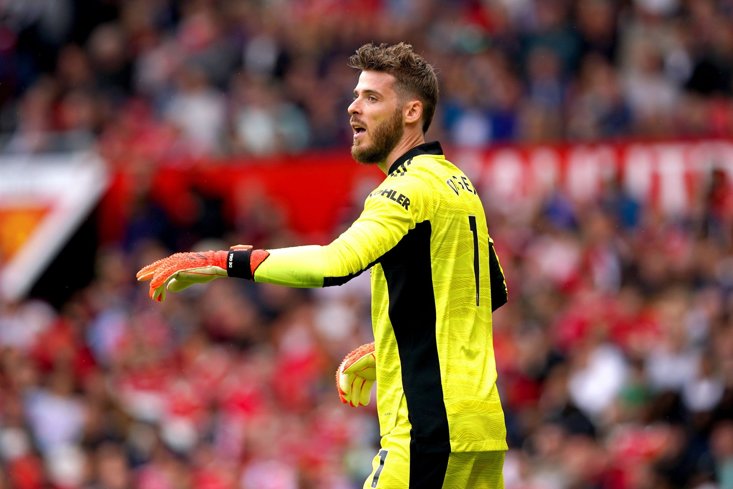 Marcus Rashford not being the main man

Rashford was thought to be United’s long-term answer to fill the centre-forward role when he burst onto the scene as a target man under Louis van Gaal in 2016.

But Mourinho was quick to identify that Rashford’s physicality and particular playing style didn’t suit the role of a traditional number nine, saying he was not the kind of forward to play with his back to goal and not a target man. The England star has since made his name in the attacking midfield line behind a main striker.

When the French midfielder became Spurs’ record signing months before Mourinho took over from Mauricio Pochettino, there was expectation on the player to make an instant impact. He initially struggled to adapt to the English game and after being subbed at half-time by Mourinho against Burnley at Turf Moor the manager publicly rebuked him for his lack of effort.

Mourinho, who knew there was a talented player in there, then took Ndombele for a private training session on Hadley Common during the Covid-19 lockdown, and, while Mou found himself in hot water, the player soon started delivering better performances.

United's need for a world-class centre-back

Yep, United’s backline and defending has been chaotic for the last couple of years, but Mourinho said back in 2018 that the club was in desperate need of star-studded quality in defence.

And while the club refused to back his instinct by signing Toby Alderweireld and Harry Maguire at that time, they spent £80m on the Leicester City defender a year later under Mou’s successor, Ole Gunnar Solskjaer. Not that it’s done anything to solve their defensive problems.