This generation finally has a Boxing Day to rival the much-memed festive fixtures of 1963. There were goals galore across the four Premier League fixtures that went ahead on Sunday afternoon. Manchester City’s thrilling 6-3 win over Leicester City was the pick of the bunch. A potential rout at half time, with Pep Guardiola’s men four goals to the good, the Foxes made a real game of it in an electric second half.

The resurgent Kevin de Bruyne helped City start as they meant to go on, converting a lovely ball over the top from Fernandinho five minutes in. The game had not even reached the quarter-hour mark before Youri Tielemans brought down Aymeric Laporte in the box, and Leicester old boy Riyad Mahrez buried the spot kick. Ilkay Gundogan turned the screw with a tap-in after Kasper Schmeichel’s punch from a cross couldn’t clear the onrushing German. Tielemans piled more misery upon his side, who had been desperately poor throughout the half, when he gave away another penalty. Raheem Sterling was the victim this time, but he got off the floor from the midfielder’s trip and fired home the penalty. The situation looked dire going into the break.

Whatever Leicester City manager Brendan Rodgers said to his underperforming charges at half time, it seemed to have an impact. James Maddison grabbed a goal that already looked like a consolation ten minutes after the break. But when Ademola Lookman dispatched a perfectly-weighted Kelechi Iheanacho ball, there were a few furrowed brows amongst the City support. Former City striker Iheanacho then bloodied his former club again, this time by netting a rebound after Maddison’s audacious long-ranger.

The fire of a potential comeback was quelled when Laporte restored the two-goal margin. The defender rose highest from a corner to nod the ball past Schmeichel. Sterling put a bow on this Christmas cracker with a late tap-in from a Ruben Dias knockdown, finally removing the impending threat of a Leicester fightback. An extraordinary festive fixture ended 6-3. 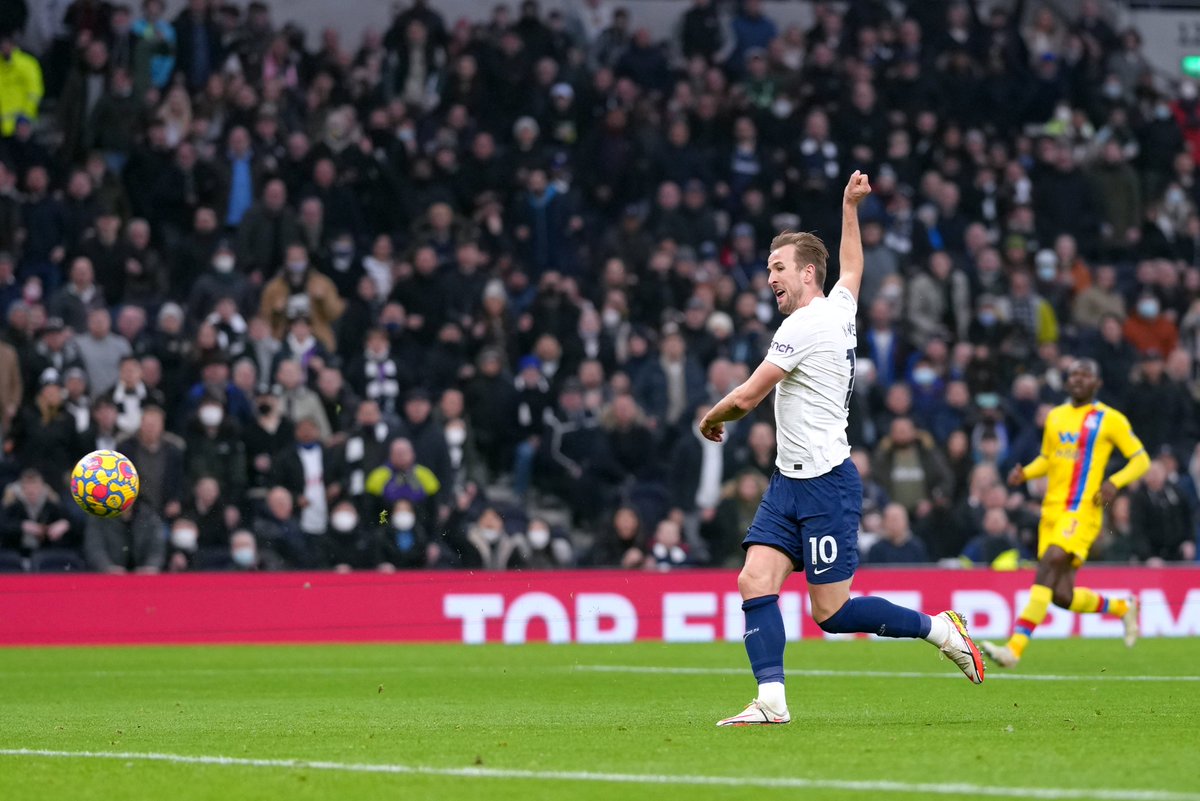 The Tottenham Hotspur resurgence under Antonio Conte continues, with Crystal Palace seeing red on the way to a 3-0 defeat. A frenetic period just after the half-hour mark proved decisive. First, Harry Kane continued his return to goalscoring form after finishing a blistering run and creative pass from Lucas Moura. Then the Brazilian got himself on the scoresheet, doubling Spurs’ lead with a header from an Emerson Royal cross. Then Wilfried Zaha received a second yellow card for a petulant shove on Davinson Sanchez. The winger struggled to hide his frustration at both the scoreline and the dismissal, and Palace were up against it now.

Tottenham were in the driver's seat now, with Conte feeling comfortable enough to substitute Kane in the second half. Heung-Min Son put matters beyond doubt when Moura’s near-post cross found the South Korean. Conte’s side now haven’t lost a Premier League game in almost two months, and the Italian great has them looking better and better every week.

West Ham United and Southampton gave us a late Christmas present with an utterly thrilling back-and-forth game. Mohamed Elyounoussi opened the scoring on eight minutes. 1-0 is how the score stayed going into half time, before West Ham’s talisman was brought into the fray. Michail Antonio came on for the second half, and scored just two minutes after his introduction.

Craig Dawson’s clumsy foul on Armando Broja saw James Ward-Prowse step up to the spot. It was a confident penalty, beating Lukasz Fabianski despite the goalkeeper going the right way. Said Benrahma levelled just three minutes later, in a game where neither team could afford to settle. A superb free kick from Ward-Prowse teed up Jan Bednarek for what turned out to be the winner twenty minutes from the end. It was a battling display from Ralph Hasenhuttl’s men, and a crucial three points.

Arsenal were utterly irrepressible at Carrow Road, running out 5-0 winners against Norwich City. Mikel Arteta’s side had been struck by a number of COVID withdrawals in the build-up, but those that played put in a superb display. Bukayo Saka finished a slick passing move after six minutes to put the Gunners in front, becoming the second youngest player to reach ten Premier League goals for Arsenal, after Nicolas Anelka.

Kieran Tierney doubled the lead just before half time, before Saka struck again in the second half. Arsenal were free-wheeling by this point, and could have had even more goals if a Gabriel Martinelli strike had been allowed to stand. Alexandre Lacazette’s penalty six minutes from time looked to have ended the festivities, but then that man Emile Smith Rowe emerged from the bench to grab a fifth in injury time. A superb display from the Gunners.

Aston Villa are 4/1 to beat Chelsea with Betfred*