Football
News
The French forward would be a smart purchase for many clubs in or chasing European football
Conor Keane
11:05, 28 Dec 2021

“Welcome to Manchester United, Anthony Martial.” It is very hard to forget that famous line of commentary from Martin Tyler as the Frenchman announced himself at Old Trafford with a goal on his debut against Liverpool. The former Monaco starlet has undoubtedly had huge amounts of pressure weighing on his shoulders but it has been known for a while that his career was never going to progress at the Theatre of Dreams.

Interim United boss Ralf Rangnick has finally confirmed that Martial intends to leave the club after a disappointing six-and-a-half-year stint in the north west of England. The German coach said he “spoke at length” with the forward who said “it’s the right time for change.” After over half a decade at the club, with no real signs of reaching his promising potential from a young age, it is not surprising that the player is actively pursuing a new chapter.

Martial is fortunate that he is still just 26 years old and that he still has his peak years ahead of him, and from this decision he wants to make the most of them at a club he feels he can make the difference. His time at United wasn’t a complete disaster; his 2019/20 campaign under Ole Gunnar Solskjaer was quite memorable as he registered 17 goals in the Premier League – his highest ever tally in the division. But Martial’s biggest setback was inconsistency.

Following that magnificent individual season, everyone expected him to push on and cement himself as a starring man at Old Trafford but he could not maintain his form and only managed four goals in 2020/21. 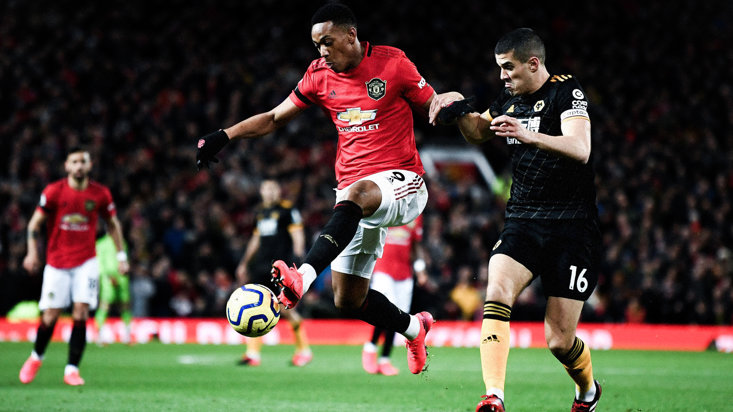 There has never been any doubt about the attacker’s technical ability as it has been showcased at times, just not enough, and it is why he has had a really tough time trying to become a star at one of the most prestigious clubs in the world. With his game time limited this season, Martial knew that if he wanted to start enjoying his football again he would need a fresh start and with just two starts in the league this year, it seems unlikely he was going to be given another real chance with the Red Devils.

Rangnick understands the striker’s situation and will have no issue with parting with Martial, as he has not selected him for any of the games he has overseen at the club so far. Reports in the media have suggested that the Frenchman’s preference would be a move to Spanish side Sevilla, who are believed to have made an approach.

A new beginning would almost certainly do him good. He is technically gifted, can score goals when brimming with confidence, and he can link up well with players around him. He would be a smart purchase for many clubs in or chasing European football and he wouldn’t be that expensive either.

Should Martial and United part ways next month, it will be amicable. He may not have hit the heights that were expected but he leaves the club having contributed 79 goals in 268 appearances, along with one FA Cup, one EFL Cup and one Europa League title.