Football
News
Apples stopped play and Mourinho was happy to see the back of Amazon
Kris Voakes
12:26, 14 Sep 2020

Just like that, we’re back in the room. There’s new rules (on and off the pitch), and renewed rivalries (Liverpool vs Leeds, what a game), but the unmistakable sight and sound of the beautiful game is back in our lives. You’ve read the headlines, heard the big talking points, but here’s some of the lesser known stories that may have passed you by...

HE CAN’T DO THAT…CAN HE?

We all know the basic laws of football, don’t we? Well, we all think we do. Southend United’s defenders certainly thought they had a firm grasp of the recent changes to the goal-kick law until League Two newbies Harrogate Town did them up like a kipper on Saturday.

You see, Southend do that frustrating thing that lots of lower-league clubs do. They play it out from the back, thinking they’re Barcelona, with their goalkeeper using the 2019 update of the laws to play the ball to a waiting defender inside the area.

But when centre-back Shaun Hobson received the ball from keeper Mark Oxley inside his own box at Roots Hall, he was dispossessed by lurking Harrogate striker Aaron Martin, who slipped it back for Jack Muldoon to curl past Oxley to put the visitors 4-0 up. While everyone in blue suddenly appealed for the referee’s intervention, it turns out they’d forgotten to read the bit of the new ruling which says that the opponents don’t have to continue their retreat from the penalty area if the keeper takes a quick goal kick.

Monday’s training at Southend will largely be taking place in front of a blackboard. 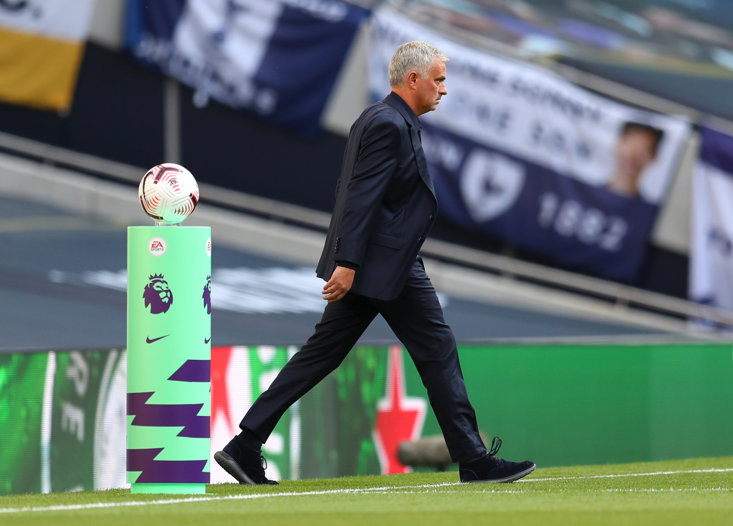 Remember that bit of the Tottenham Hotspur documentary with Mauricio Pochettino? No, us neither, since it was over in a flash. The whole ‘All Or Nothing’ series came across as more of a Jose Mourinho project than a look into life at Spurs.

The idea was that they were following Harry Kane and Co. around for the duration of the 2019-20 season, and while the Covid-19 break ensured that Amazon Prime Video got more than they initially bargained for, so did the arrival of Mourinho in November 2019.

But there will be no encore in 2020-21, and nobody is happier than Jose. Asked after Sunday’s loss to Everton what he would be telling his players, the Portuguese told the BBC, “My message is inside, and I’m so happy there’s no more Amazon so the things can stay inside, between us. That’s the way I like.”

We’ve all been at games delayed by something emerging on the pitch. Dogs, streakers, flares and the like have all been known to have caused a temporary halt in proceedings at one time or another.

So the news that Saturday’s League One game between Fleetwood Town and Burton Albion was paused for over a minute after projectiles were thrown onto the pitch shouldn’t come as much of a surprise. At least not until you remember that the game was being played behind closed doors.

And the projectiles in question were apples.

It turns out that a group of Fleetwood fans who wanted to be a part of the action in absentia had spent their matchday beer money down the local shop, buying up a job lot of apples and launching them over the stand and onto the playing surface, leaving players and officials alike completely baffled. It's not the kind of headlines a club managed by Joey Barton is used to, but it's good news for the grocery trade if nothing else. And the whole episode just goes to show that football is nothing without its hardcore supporters. I thank you. 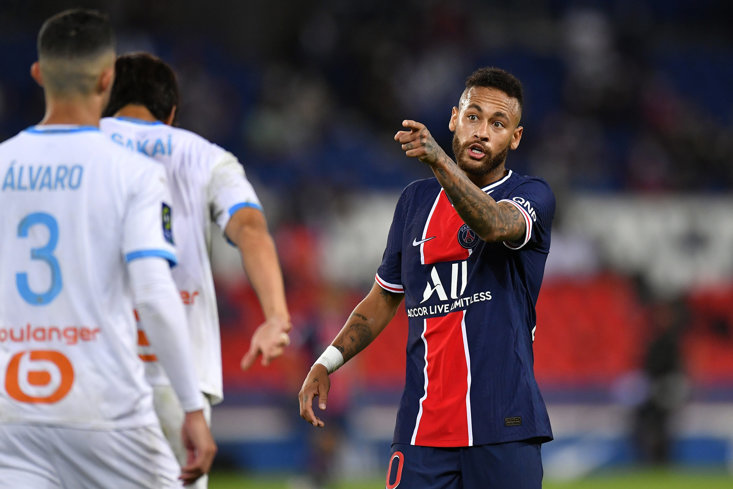 Paris Saint-Germain’s start to the 2020-21 season has hardly been befitting of Champions League finalists. Since that defeat to Bayern Munich in Lisbon, Les Parisiens have begun their new campaign with back-to-back 1-0 losses, sparking early talk of a rare Ligue 1 title race in the months to come.

Opposing teams will be boosted by the prospect of PSG going without a number of first-teamers in the weeks ahead after the embarrassing scenes at the end of their home defeat in Sunday’s Le Classique match-up against Marseille, which saw five players sent off, including three from PSG.

Neymar’s VAR-reviewed red grabbed all the headlines, with the Brazilian icon claiming that a racist slur from Alvaro Gonzalez was behind his decision to thump the Spaniard around the back of the head, telling reporters, “I only regret that I didn’t hit him in the face.”

The whole melee had occurred after OM’s Dario Benedetto fouled Leandro Paredes, with the PSG man responding by punching Benedetto and then shoving the on-rushing Gonzalez, who fell to the ground. As others intervened, Layvin Kurzawa and Jordan Amavi exchanged a couple of kicks, ensuring that they would be shown red cards to follow Benedetto and Paredes for an early bath.

It was all fairly unedifying stuff, and one has to feel for poor Jerome Brisard, who will likely spend the whole of this week completing his referee’s report following the 14 yellows and five reds he showed in the Battle of Parc des Princes. 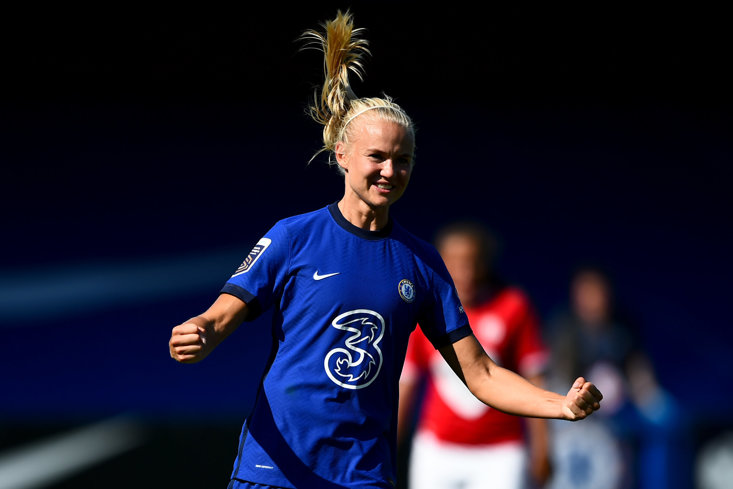 NINE OUT OF NINE

Alex Morgan’s imminent arrival at Tottenham on a short-term deal caught the attention of many a fan of women’s football, with most of us wondering whether she’ll recreate her tea-drinking celebration from the 2019 World Cup upon netting her first Spurs goal.

But the Women’s Super League threw up a curiosity on the field on Sunday during Chelsea’s 9-0 win against Bristol City, as the Blues benefitted from goals from nine different players.

Fran Kirby opened the scoring with her first goal in over a year, and Maren Mjelde, Melanie Leupolz, Erin Cuthbert and Millie Bright netted further efforts before half-time to put the result beyond any doubt.

Yet Emma Hayes’ side continued to share the joy around in the second period, with Beth England, Niamh Charles and Pernille Harder scoring further goals before Australian superstar Sam Kerr rounded out the scoring with a late ninth. With seven starters and two substitutes having struck, you almost feel as sorry for the Chelsea players that didn’t score as you do for the Bristol City players on the end of it.