Friday night’s Premier League encounter is your absolutely classic relegation six-pointer. The team derided by almost every pundit and fan so far this term, Norwich City, can actually move outside of the relegation zone, should they win against the team directly above them, Watford - in front of the Sky cameras.

It would be easy to say this is a remarkable turnaround for the Canaries, but it isn’t. They have been an absolutely shambolic outfit over the last six weeks, but have also suffered on the pitch as a result of their games not being called off for Covid, while almost every other side in the league has had games postponed at the drop of a hat.

The only joy their fans and new manager have enjoyed is the fact that last time out, they secured their first league win since the end of November, by beating Everton 2-1 - a result took them off the foot of the table and sealed the fate of Rafael Benitez in the opposite dugout. Dean Smith’s start to life as Norwich manager has been tough, given the lack of playing ability in the squad, and the lack of first team players available to him - but the situation is slowly improving.

However, the real issue comes for the Canaries in front of goal. They are the division’s lowest scorers and have not looked like producing in front of goal with forwards such as Josh Sargant, Teemu Pukki and Adam Idah, who bagged his first Premier League goal against the Toffees, all struggling to perform at this level. But even against Everton, it took a comical own goal, and a fortunate finish for the home side to give themselves a two-goal cushion which led to three points.

Their xG suggests they should have two more points than they currently do, but that table also concludes that Burnley and Newcastle should be on 15 points - with Watford only marginally ahead on 17. The truth of the matter is this, there are four woeful sides in the Premier League, and these are two of them. Only one of Newcastle, Burnley, Norwich and Watford can stay up this term - and the confidence finally getting out of the drop zone could give Norwich can not be overstated, even with Burnley’s plethora of games in hand.

For Watford, this match provides the perfect palate cleanser after a tough draw away at Newcastle. For many, with their new signings and Eddie Howe in charge, the north-east side are favourites to survive, but Claudio Ranieri’s men were able to pick up a point, and deny their hosts all three. 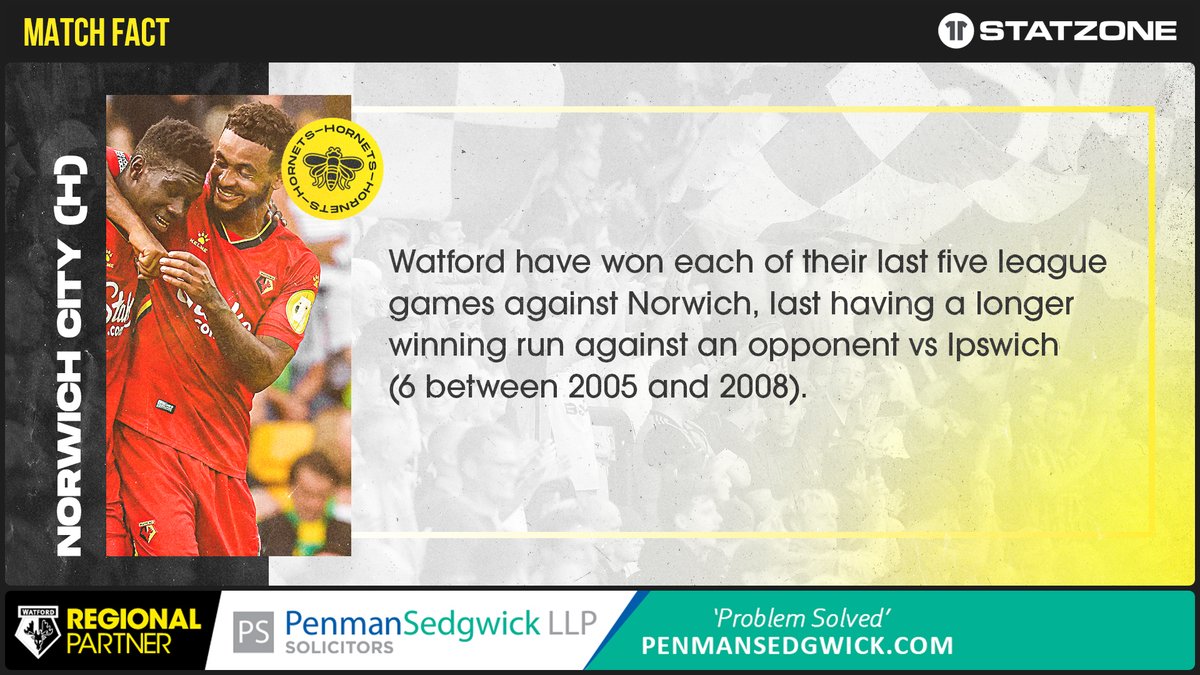 But now this home match against Norwich comes at an intriguing time in Watford’s season. You see, due to postponements and an early FA Cup exit, their next game is not scheduled to take place until 8 February, effectively giving them a mini-break, midway through the season.

Heading into that break with a four point gap between them and the relegation zone, having beaten one of their rivals will feel very different than being stuck in the bottom three - after a damaging defeat to the side many thought were dead and buried. This one sits right on a knife edge.

These postponements also mean that the whole misplaced furore over Watford’s AFCON treatment of Emmanuel Dennis and Ismalia Sarr was bizarre, given they will have only played two league matches over the duration of the competition.

A loss to Watford almost certainly extinguishes Norwich’s hopes of staying up and allows Watford to enter their mini-break in high spirits, ready to refocus. However, a win for the Canaries will change the outlook of the entire club, as they rise above that dreaded dotted line for the first time this season. Just the psychological impact of that and the confidence it can bring to the players at the club, could mean the relegation battle takes another unexpected twist.

Four are in the battle, three have got to go down and two of them meet on Friday night. Which one will come out victorious?