Football
News
The Portuguese manager will leave Molineux after four successful years at the helm this summer
Simon Lillicrap
15:00, 21 May 2021

Nuno Espírito Santo will manage his final game as Wolves manager this weekend as he says farewell to the club where he has spent four incredibly successful years. He first walked through the Molineux doors in the summer of 2017 and now he leaves the club completely transformed, having overseen their promotion and established them as a competitive Premier League side.

Things were very different four years ago. Wolves had just finished 15th in the Championship under Paul Lambert, 36 points behind champions Newcastle and they looked so far away from competing at that level. That squad included current Premier League stars Matt Doherty, Conor Coady, Romain Saiss and Helder Costa yet they were consistently underperforming in the second tier.

Then in came Nuno. Yes, he was financially backed as he brought in the likes of Ruben Neves and Diogo Jota on loan, but he also massively improved the aforementioned players that were already at his disposal. If Marcelo Bielsa rightfully receives a massive amount of praise for improving Championship standard players, Espirito Santo must also be praised for turning the likes of Coady into England internationals.

From the moment he walked in, he just seemed to ‘get’ what this club was about. He understood the history and the rivalries. He wore his heart on his sleeve and he bridged the gap between the fans and the team. Steve Bull, Derek Parkin, Kenny Hibbitt - he made your club proud.

The 17/18 season, Nuno’s first in charge, was an absolute bloodbath for the rest of the Championship. One of the finest teams the second tier has ever seen ran away with the division, winning a phenomenal 30 games and amassing a whopping 99 points. With Neves in midfield, and Jota scoring 17 in his first season in English football, the title was never in doubt. 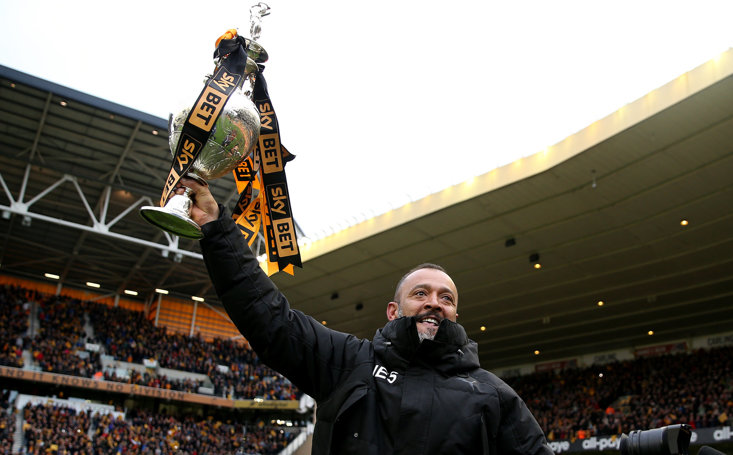 Espirito Santo had morphed this Wolves side into his own image, focusing on a steady base to build his flowing attacking football upon. Their back three transformed Conor Coady, who became an irreplaceable cog in that defence, missing just one league game all season. And so the Premier League called, and despite their investment, many expected Wolves to be in a relegation battle.

As Fulham and others have shown in recent years, investment in the Premier League does not always guarantee survival, but Espirito Santo showed remarkable composure and nous to lead Wolves on a charge for Europe. Raul Jiminez was signed and scored the goals, while Adama Traore, Rui Patricio and Willy Boly all came in to turn the newly-promoted side into a Premier League force.

Despite the new signings, Espirito Santo made sure the club never felt like it was in chaos, despite the upheaval of the new arrivals. He had a project. He had a plan. He was the captain of the ship that would finish seventh and narrowly lose in the FA Cup semi-finals, all in his very first season in the English top flight. Put simply, the Portuguese boss was making management look easy.

Another seventh place finish followed as Wolves managed to stay competitive at the top end of the Premier League, despite also reaching the quarter-finals of the Europa League. The Championship side he walked into were now contending for European trophies in the space of just three years. 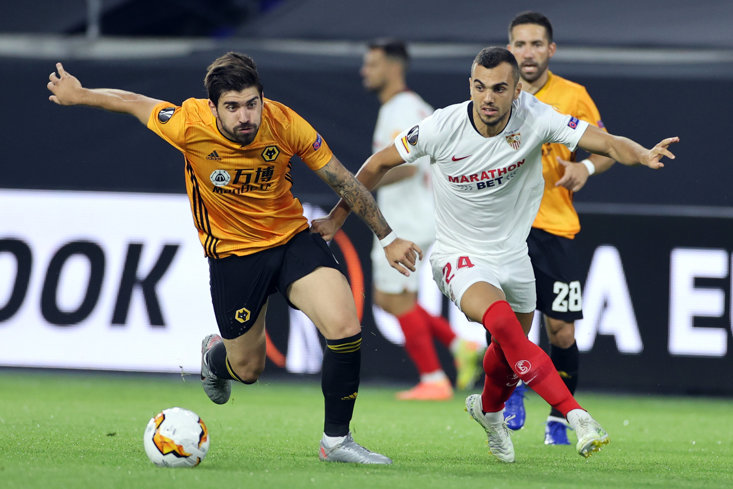 Of course, this season has been slightly disappointing given the standards Espirito Santo had set for himself, with the club finishing in the bottom half of the Premier League for the first time under his tenure, but if you’d have offered the fans a 12th Premier League finish four years ago, they’d have snapped your hand off, without even considering a European run in that time span.

He leaves Wolves in an incredibly strong position moving forward, as he moves on to his next venture, wherever that may be. But these four years have been absolutely remarkable. Success after success, a squad transformation and the improvement of players who never looked like they would make it in the Premier League. Espirito Santo bows out at Wolves with his name firmly in the hearts of the Molineux faithful.