Football
News
The European Super League announcement on this day in 2021 drew ire, conjecture, and even protests
Kris Voakes
11:39, 18 Apr 2022

If you go to thesuperleague.com, there is still the landing page which rocked the footballing world one year ago today. The 12 clubs who signed up still have their logos emblazoned across the site, and the press release and format explanation remain. The only thing missing right now is the Super League itself.

One year on, its spectre still hangs over European football, with many of its proposals set to exist in principle in the revised Uefa Champions League format which has been unveiled for 2024-25. There will be invites for clubs who haven’t qualified, a longer group stage and an imbalanced schedule, just as ‘The 12’ wanted.

And the threat of a complete breakaway never goes away. Every time the elite European clubs have a bone to pick with Uefa there are leaks claiming that the Super League idea might resurface. At some point, one has to believe, even the new Champions League setup won’t be enough for them and a rebel tournament will indeed come into effect.

The announcement on 18 April 2021 drew ire, conjecture, and even protests. It brought about speedy backtracks from the six English clubs in particular and before long there were only Barcelona, Real Madrid and Juventus left. The outcry which led to Manchester United’s Premier League game with Liverpool being postponed after fans stormed Old Trafford and got onto the pitch looked likely to be just the start of the fightback. 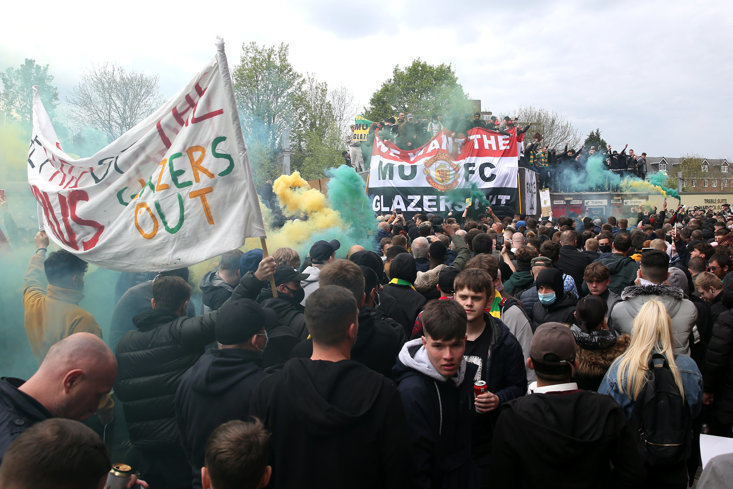 But in truth the noise has died down. The Champions League changes drew no such action, despite the threat being similar. It is another step away from the importance of domestic performances in a club’s European makeup. Real Madrid could finish 15th every year in La Liga but keep getting invited to the Champions League so long as they’re making the latter stages in Europe each season.

The protests at Manchester United this weekend happened because Manchester United are bad right now, make no mistake. Sure, the subject of the Super League came up as another stick with which to beat the Glazer family who own the club, but United fans wouldn’t have taken to the streets before the win over Norwich City if their Champions League future was secure.

This is how it will remain for now. The top six English clubs will keep dominating the major trophies – only Leicester and Blackburn have won the Premier League in the last 30 years from those not in cahoots over the Super League – and the rest will have to watch on while they are left out of all the major conversations.

Maybe it’s time to rip off the Band-Aid and cut the top six adrift. Follow the example of Australian rugby league’s Super League war of the mid-1990s where traditional clubs who were being excluded from the breakaway persuaded many of the top stars to stay within the common structure.

Clubs such as Aston Villa, Everton, West Ham United and Leeds United have been pulling in decent attendances for years, they have been successful in their own rights and don’t have tourist fans only turning up to watch the big six come to town. In fact, it goes deeper than that. Look at the average attendances of Sheffield United, Nottingham Forest, Derby County or Stoke City in the Championship, or even Sunderland, Sheffield Wednesday and Ipswich Town in League One… These clubs don’t depend on Manchester United, Liverpool et al to make their money. 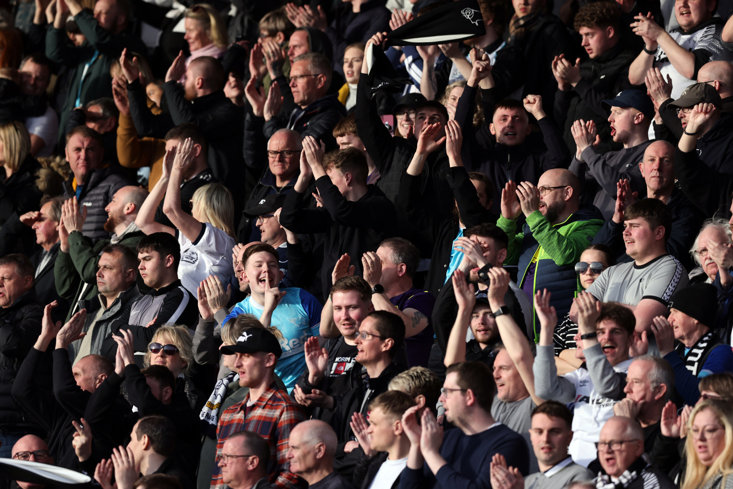 TV money would be hit if the top six were no longer part of the 92-club structure, but clubs survived long before the Premier League influx and would make it work again. Perhaps players and organisations would even become closer to their fan bases again in a way which has been far less apparent in recent times.

Whether the Super League does eventually come around – which it surely will – or the Champions League just becomes a de-facto Super League – which is already happening – the prospect of the big six shunning the Premier League is about to become a very real issue. But it doesn’t have to be an end-of-days prospect for the rest of the pyramid, however it shakes out.