The England football stars of yesteryear could have the chance to shine in an international competition once again.

The Football Association have been approached by the German Football Federation about creating an England ‘legends’ team, with the future possibility of an international competition for similar teams all around Europe.

This news comes on the eve of Azzurri Legends vs DFB All-Stars, where the likes of Francesco Totti, Andrea Pirlo and Gennaro Gattuso will be facing Jürgen Klinsmann, Torsten Frings and Uwe Bein at the Sportpark Ronhof in Fürth, Bavaria.

The funds generated by the fixture on October 7 will go to educational activities in schools and to former footballers who are struggling after retiring.

Many retired footballers get involved in the game when they can, often in charity games and testimonials, but the German and Italian sides now have dedicated coaches and physios for these ‘legends’ games.

England already have a ‘Masters’ team which has featured the likes of Paul Scholes, Michael Owen, Steve McManaman and Paul Gascoigne in the past but there is no connection between the FA and those who run and choose the ‘Masters’ team

With the creation of an FA controlled team, it’s expected that there would be a bigger turnout from fans and players alike. It could even see Alan Shearer and Michael Owen play together again, the two famously fell out on social media a few weeks ago.

The FA made no comment when The Sportsman approached them on the creation of a ‘legends’ team.

Although nothing is concrete from the FA, they would surely create a ‘legends’ team for England to join the already existing teams and let the players, who gave us so much entertainment in their primes, do so once again.

In the meantime, we’ve come up with a squad that we’d like to see if England were to enter the competition, complete with the first XI and subs... 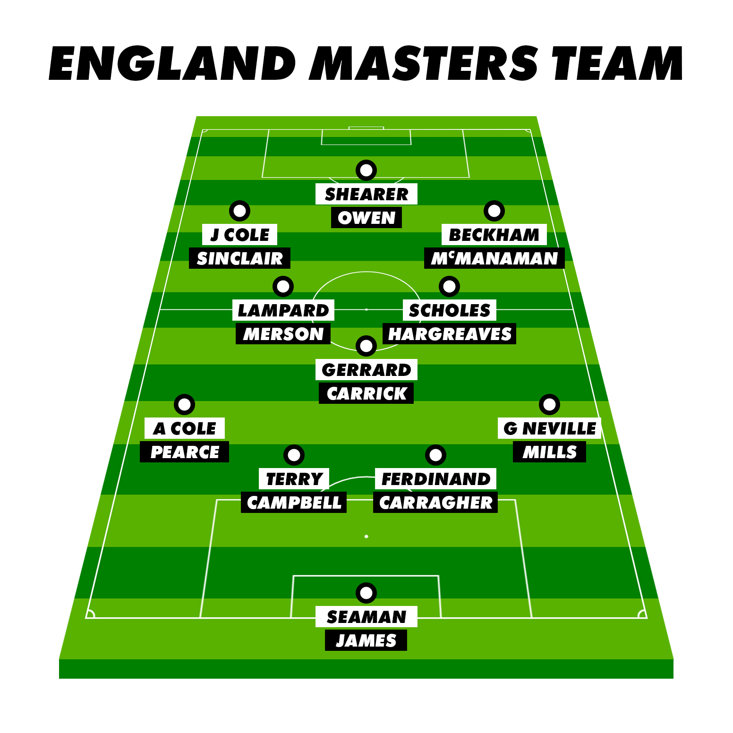