Aston Villa have confirmed the signing of Philippe Coutinho from Barcelona on loan, with an option to buy. The attacking midfielder reunites with former Liverpool teammates Steven Gerrard, who is now head coach at Villa Park. The move offers respite from a troubled stint at Camp Nou, where he arrived as the club’s record signing but has failed to ever fully integrate.

Coutinho is still only 29, and the fact thirteenth-place Aston Villa are the only Premier League team willing to take a punt on him shows how far his stock has fallen. He was indisputably Liverpool’s best player when they parted ways with him in January 2018. The Brazil international left with his head held high too. Despite a collapsed move to the Catalan giants causing disquiet the previous summer, Coutinho did not down tools. His final half-season in Liverpool red saw him score twelve goals and notch nine assists in his final twenty appearances.

This form would largely not follow Villa’s new acquisition to Barcelona. Coutinho joined the club during a turbulent time in their recent history. Neymar had departed in the summer for a world record fee, while Andres Iniesta had made clear this would be his final season for the Blaugrana. Two totems of the club were on their way out, and Coutinho could not reasonably be expected to replace both. Tactically, he could not hope to replace either. While Neymar was a bewitching and pacy wide forward, Iniesta was a midfield string-puller. Coutinho was known as an archetypal number ten, and therein lay the problem.

Barcelona’s bread and butter was, and remains to this day, a front three. Lionel Messi, Luis Suarez and Neymar had comprised the famed ‘MSN’ partnership, a combination that had taken them all the way to winning the treble in 2015. But Coutinho was no winger, and instead preferred to create from between the lines. This led to a conflict of interests with Messi, and at Camp Nou during that period there was only one man winning such a conflict. Barcelona’s record signing began to look like a square peg in a round hole as he flattered to deceive on the flank, far away from where he does his best work. The Catalan giants had signed a player based on name and prestige, rather than tactical suitability. 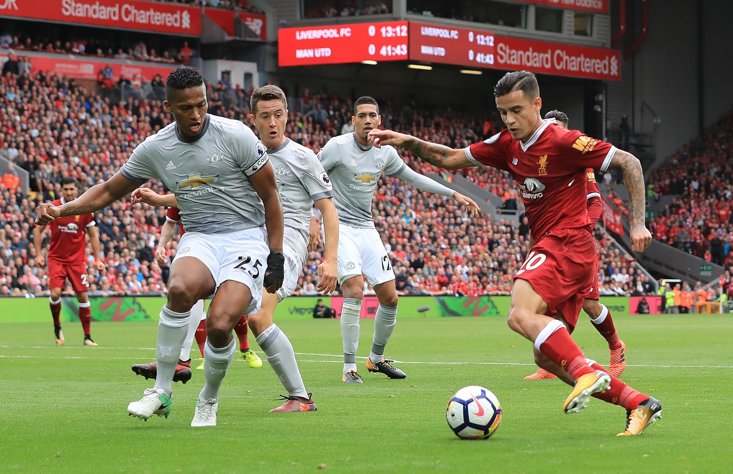 Barcelona’s search for a replacement part to soup-up their front-line continued when it became clear Coutinho was no Neymar successor. Antoine Griezmann joined in 2019, and Coutinho was sent on loan to Bayern Munich to accommodate the new arrival. The Frenchman would have his own struggles in the transition from Atletico Madrid’s star player to a supporting actor in the Lionel Messi franchise. An indication perhaps that the failure to integrate was not solely Coutinho’s fault.

Life outside the Catalan goldfish bowl agreed with Coutinho. He never quite returned to the heights he had scaled at Anfield, but he was a valuable part of Bayern Munich’s treble-winning season. The midfielder spoke of how happy he was in Germany during interviews, and hoped the Bundesliga club would exercise their option to buy. Unfortunately for Coutinho, his substitute appearance in the 2020 Champions League final would be his last for Die Roten. Bayern were pleased with his tenure, but decided a move for Manchester City’s Leroy Sane was a better use of funds. The Brazilian would depart the Allianz Arena with three new medals in tow, hoping to impress new Barcelona head coach Ronald Koeman.

Instead, he returned to a club in turmoil. The Messi saga that finally concluded this past summer had begun, with the iconic Argentine wanting to leave the club. The ‘S’ of ‘MSN’ had gone too, when Luis Suarez departed for Atletico Madrid. The realities of the club’s financial peril began to tell also. With players in attacking roles either leaving or on strike, the chance was there for Coutinho to turn a negative into a positive and nail down a starting place. Then he suffered a knee injury that kept him out for the entire latter half of the season.

Out of sight, out of mind. The absence put Coutinho squarely on the chopping block when it became clear the club’s monetary crisis was not going away. Barcelona have finally managed to engineer a move, with Aston Villa reportedly set to cover the majority of Coutinho’s wages for his loan spell. It is a vital chance for the player, still in his prime years, to prove he has plenty left.

Circumstances in Spain have never quite favoured Coutinho, but under a sympathetic coach in Gerrard, he can thrive. There is no shadow cast by a talisman like Messi. No rival creator to get in his way on the pitch. Coutinho comes to a club crying out for the sort of creativity Jack Grealish took with him when he left for Manchester City last summer. The last time Philippe Coutinho was asked to be a Premier League team’s star player and creative fulcrum, he dominated. Gerrard will be hoping history can repeat itself.