Aston Villa have had a very underwhelming start to their Premier League season and parted ways with manager Dean Smith on Sunday after five straight defeats. There were high expectations after an exciting summer of recruitment, even despite Jack Grealish’s departure, but the results have been wayward and performances have been worrying as they sit two points above the relegation zone.

BETFRED ODDS: 9/2 to get relegated

The additions of Emiliano Buendia, Leon Bailey and Danny Ings in response to Jack Grealish’s departure were eye-catching to say the least. And while the players have not yet gelled, which is perhaps unsurprising, the overall performances of the side have been poor compared to last year and that is what cost Smith his job. The defence has looked weak, while the attacking threat has currently been limited.

ASTON VILLA 9/2 TO BE RELEGATED

Regan Foy – Under A Gaslit Lamp

"If you looked at it in a way that an employer would look at me and you, it would be “not meeting expectations”. Smith hadn’t received the easiest of hands to deal with, with the loss of his totemic captain, paired with a horrific injury record and a shocking pre-season, but nobody expected this poor of a start to the season.

"There have been highlights, but at the same time, it’s looked from the outside like his grip is slipping just a bit. It’s been tough to watch, and I think a lot of fans think it’s the right time, but are also quite sad about him leaving. We’ve had no identity for a while on the pitch, and even less since the departure of Grealish." 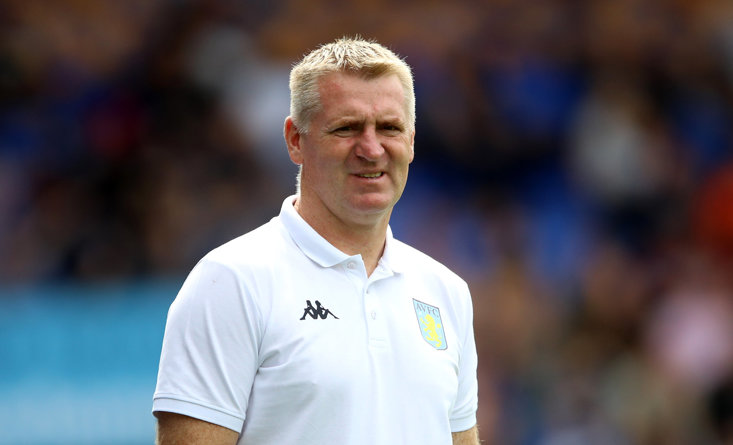 Smith became a victim of his own success. The role he played in Villa’s return to the Premier League was incredible and came so quickly under his watch and the bar kept getting raised. He did well to keep the club up in their first season back, and they reached the Carabao Cup final as well. He then built on that with a solid 11th-place finish last year. With more money invested in the summer in attacking areas, the pressure was always going to be on him to deliver results quickly.

"The high points certainly outweigh the low points. The 10-win streak and play-off experience under Smith, keeping us up on the last day of our first season in the Premier League, taking us to the Carabao Cup final, the 7-2 drubbing of Liverpool and many of last season’s performances.

"The lows? Any loss streak we’ve been on, and the last month or so. He’s been a revelation since arriving, and many fans think he’s given us an Aston Villa to be proud of again, but we’re stagnating currently and precariously close to the relegation zone, and the owners want more.

"Who’s next? Hopefully not Craig Shakespeare, hopefully not Steven Gerrard and hopefully not John Terry. We can’t afford someone who’s not vastly experienced, although I think Terry will be considered. We’ve been linked already with Ralph Hasenhuttl, Paulo Fonseca and Denmark’s Kasper Hjulmand - I think the Southampton boss would probably be the best option out of those. But honesty, I don’t know. The market is pretty tight right now."

D – A very underwhelming start to the season and with five straight defeats, given the quality in the squad, is simply not good enough. Safety has become the priority now.