When Aaron Ramsey stepped through the door at the Allianz Stadium three years ago with a jaw-dropping £400,000-a-week contract in hand, a significant pressure to earn his place at Juventus came with him.

The decision by player and club to rip up the agreement this week with one year remaining on his deal says much about the Welsh midfielder’s ability to live up to the expectation since his arrival from Arsenal.

As one of the highest-paid players in the world and with his salary being common knowledge, he became an easy target for any kind of slip-up in matches. People close to him will have undoubtedly advised him the move would be a risk, but Ramsey clearly backed himself to succeed as one of relatively few British players to try their hand on the continent.

After all, Ramsey had been one of Arsenal’s best players for several years, helping them to win three FA Cups as well as being a key member of Wales’ Euro 2016 squad which reached the semi-finals.

Upon thrusting himself into this new challenge he made 24 Serie A appearances under former Chelsea boss Maurizio Sarri and helped the Old Lady claim the league title. Despite this, he found it difficult to be embraced by the supporters, who now seem pleased to seen the whole Ramsey experience put to bed. A Coppa Italia and Supercoppa Italiana double followed in 2020-21, but they were not the trophies he was expected to help the Bianconeri challenge for in return for £400k a week, and his inability to reproduce his Wales form has been a stick to beat him with for the majority of his stay.

If he were one of Juve’s leading men there is no way he would have spent the second half of last season on loan at Rangers, where even there he failed to make the impact that was expected of him in a league many thought he would tear up. While the loan gave him a chance to rediscover his form, it all but ended his Juventus career. His decline in club football in recent years was summed up perfectly when he missed a key penalty in Rangers’ Europa League final defeat against Eintracht Frankfurt. 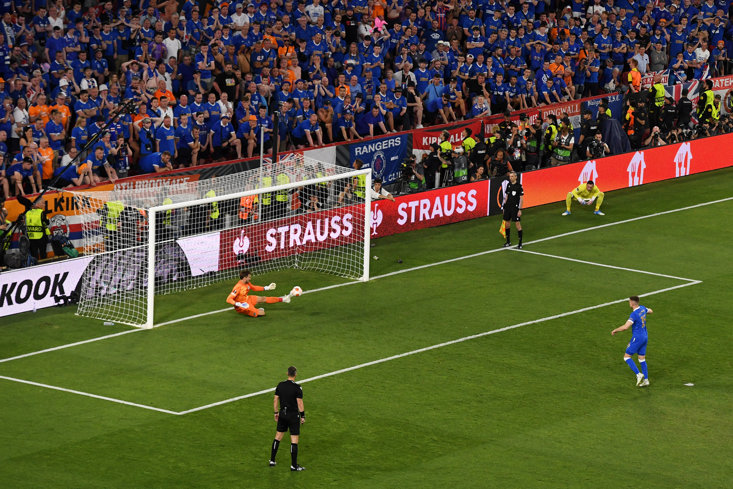 By no means has Ramsey been the worst player to ever play for Juventus, but his hefty salary essentially put a target on his back. Who knows what might have been if the intricate details of his contract hadn’t been revealed?

This disappointing period of his career is now at an end and while it didn’t go the way the 31-year-old would’ve hoped, he does leave as a former Serie A champion at least. Now he must look ahead to the future and he needs to really calculate where would be best for his last few years as a player.

There have been reports that he is a target for Monza as their chief Silvio Berlusconi goes searching for big names for the 22-23 season. It has also been reported that Ramsey turned down an approach from his former Juve boss Andrea Pirlo to join him at Turkish side Karagumruk. After this ordeal, Ramsey may want to play it safe and return to the UK, where his name might still be worth something to some low-end Premier League clubs. Or he could follow in the footsteps of compatriot Gareth Bale and head to MLS.

Whatever the next step, it is likely that he will want to find a new home as soon as possible, and like Bale, he will want to keep himself fresh and match-fit ahead of Wales’ first World Cup finals since 1958 with Ramsey expected to play a starring role.

The thought of being a part of Welsh history again will help him to forget his nightmare in Turin and spur him on to once again be the player who was exceptional during Euro 2016. But his next choice of club is critical for this to happen.