Football
News
The Red Devils ran out 3-0 winners at Old Trafford to strengthen their grip on a Europa League spot
Kieran Spratt
22:08, 02 May 2022

Manchester United turned up the heat on Monday night to beat Brentford 3-0 in the Premier League and strengthen their grip on a place in the Europa League next season.

Ralf Rangnick signed off with a comfortable win in his last match in the Old Trafford dugout and on a night of anti-Glazer protests, the Austrian manager at least gave the United faithful something to cheer about following a largely forgettable season.

Brentford started brightly and had their own chances but tailed off after going a goal down. Ex-Bees player Chris Kamara called time on his role at Sky Sports this weekend, but unlike the popular pundit’s famous adage, Brentford did anything but “defend like beavers.”

United had a great chance to open the scoring early after Diogo Dalot’s sublime over-the-top ball put Cristiano Ronaldo on his way but, on a stretch, the Portuguese star couldn’t quite poke home.

The hosts didn’t have to wait long for a breakthrough though. Dalot was instrumental again, finding Anthony Elanga with a perfect pass. The Swedish youngster then turned on the pace, getting away from the defence on the right before entering the box where he cut back for Bruno Fernandes who rifled in from eight yards. It was the midfielder’s 50th for the club and first since February. 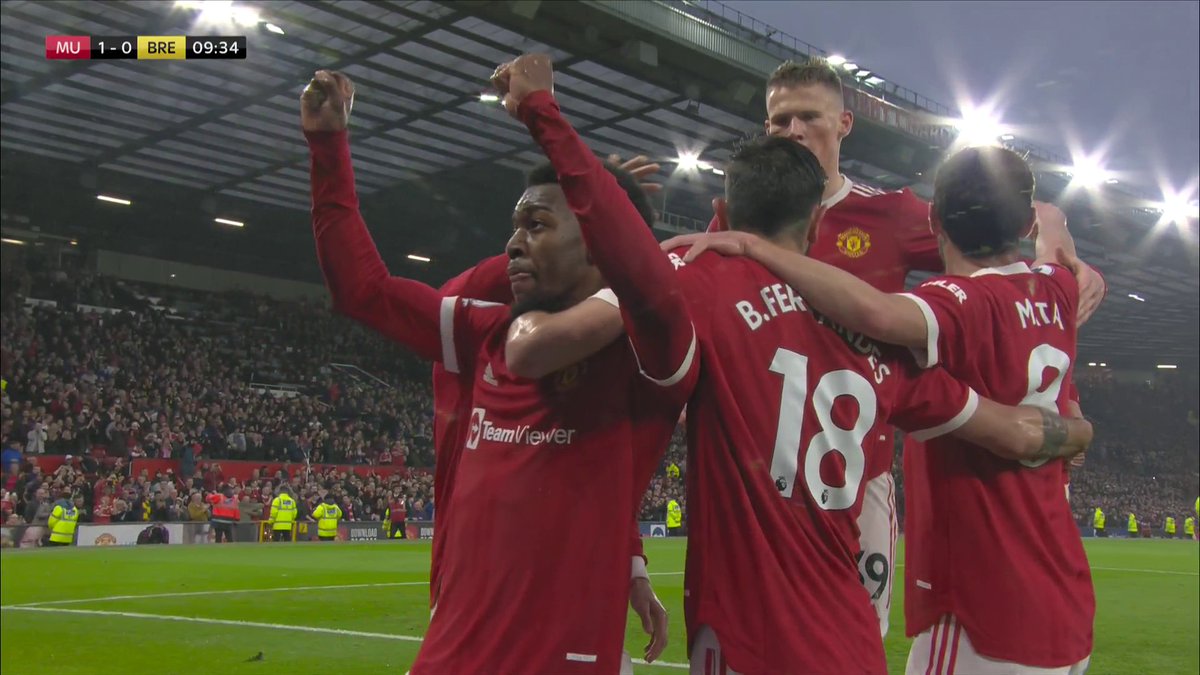 It was a high-tempo first half affair with chances at both ends. Some individual magic from Christian Eriksen nearly helped level things for the Bees after he curled a sensational ball into the box for Ivan Toney, who did well to get the better of the centre-backs, but headed well over the bar. United then had a huge chance to double their lead when Ronaldo produced a fantastic flick to set up Juan Mata from 15 yards, but the Spaniard put it just wide of the post.

Ronaldo thought he had made it 2-0 on the cusp of half-time. However, VAR ruled him offside by the tightest of margins and the goal was disallowed.

The second half continued at the same frenetic pace. Toney was found once again by Eriksen, but the striker’s effort was sent wayward and at the other end, Ronaldo threaded Dalot through on goal but his attempt was blocked by Raya and onto the crossbar. The offside flag was up anyway.

Brentford continued to push for an equaliser. United failed to clear a corner and Toney found space on the angle. This time he found the target, but David De Gea was there to make a strong save with his legs. Unfortunately for the Bees, looking for their first win at Old Trafford since 1937, they were given an even bigger mountain to climb when Ronaldo was hauled down by Rico Henry in the box. The 37-year-old is the bane of the Premier League’s promoted sides and he extended his record to 25 goals in his last 19 games against them with ease from the spot.

The game was wrapped up for the Red Devils ten minutes later through Rafael Varane. The French defender latched onto a corner and had a simple job to do to beat Raya for his first Manchester United goal. 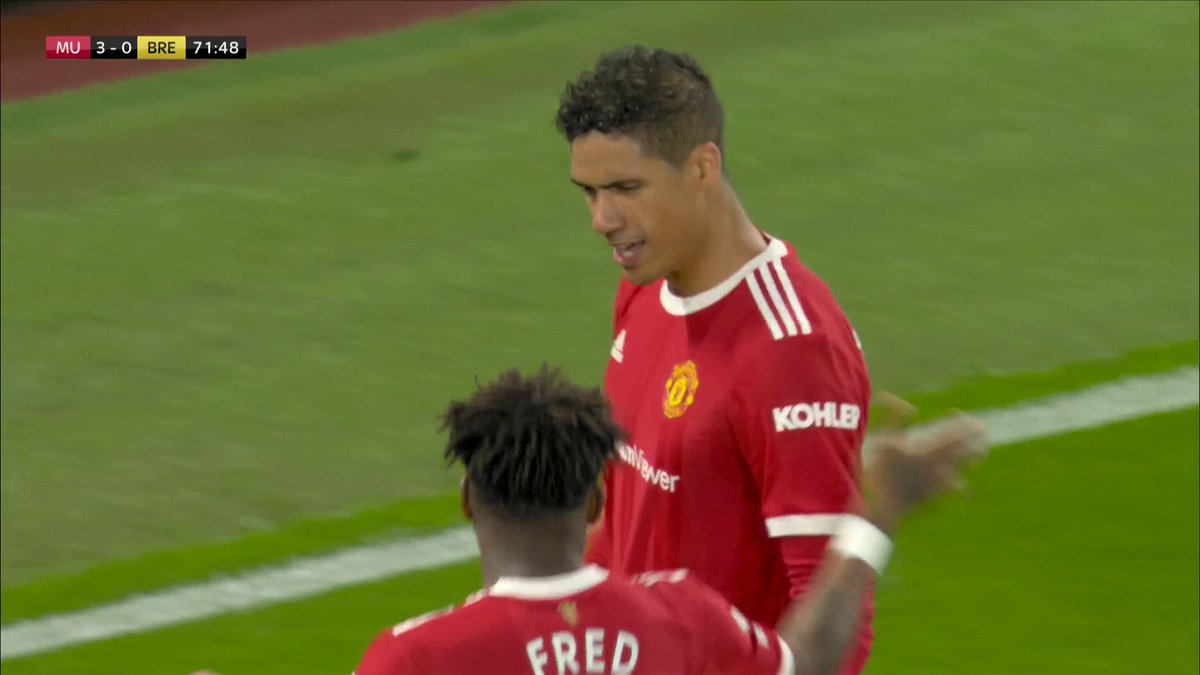 This victory keeps United on course for avoiding posting their lowest points tally in the Premier League era. However, they will still need to win their final two games which are away to Brighton and Crystal Palace.