Real Madrid eventually got what they wanted but not what they needed in the Madrid derby, Bayern got the better of Borussia Dortmund as is so often the case in Germany, Milan remain on Inter’s tail in the race for the Serie A title but it was embarrassment for Marseille in the French Cup. Here’s your round-up of what happened in Europe this weekend…

Real Madrid avoided defeat at rivals Atletico but missed out on the win they so crucially needed in the Liga title race and remain five points off the top. However, clinching an 88th-minute equaliser to draw 1-1 will have felt like a victory in the moment.

Luis Suarez had put the hosts ahead after only 15 minutes with his 17th goal of the season, finishing off a great surging run from Marcos Llorente. Real applied pressure throughout but Diego Simeone’s men looked to have held on until Karim Benzema pounced with only two minutes to go, the Frenchman combining with Casemiro to tap home.

The draw at the Wanda Metropolitano was good news for Barcelona, who beat Osasuna 2-0 to go second. Jordi Alba put the Catalan giants ahead on the hour mark before 18-year-old Ilaix Moriba made sure of the victory with a curling effort into the corner to score his first goal for the club. However, despite a good day at the office, Ronald Koeman’s side remain three points off the summit having played a game more than Atletico.

Fourth-placed Sevilla suffered a shock loss at struggling Elche and Celta Vigo beat Huesca 4-3, while Valencia allayed fears of being dragged into a relegation fight with a 2-1 home win over Levante.

Bayern Get Better Of BVB 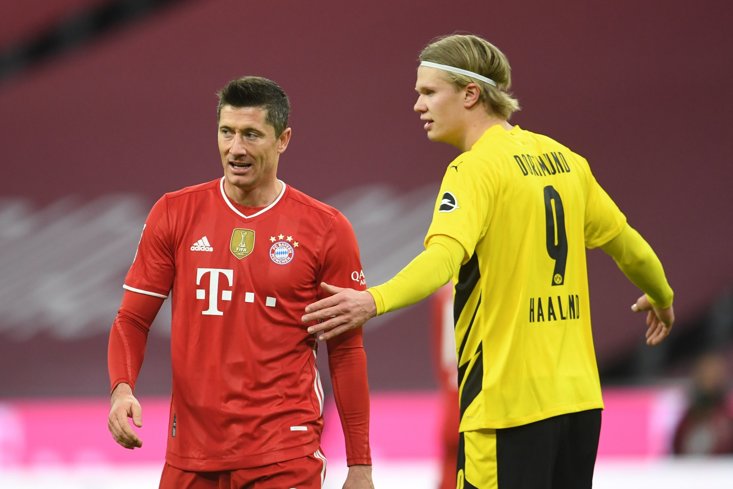 Borussia Dortmund may have battled Bayern Munich for supremacy for a decade now, but the Bavarians always seem to get the better of the Black and Yellows and did so again on Saturday, coming from behind to win 4-2.

Dortmund were two goals ahead after only nine minutes thanks to Erling Haaland’s brace but Robert Lewandowski replied with a hat-trick, netting from the penalty spot in the 90th minute after Leon Goretzka had got Bayern’s third.

It’s not all plain sailing for the defending German champions though, as RB Leipzig kept the gap between first and second at two points with a 3-0 win over Freiburg. Wolfsburg lost 2-1 at Hoffenheim but stayed third as Eintracht Frankfurt were held to a 1-1 draw at home to Stuttgart.

Bottom club Schalke earned only their 10th point of the campaign courtesy of a stalemate with Mainz.

Milan And Juve Back To Winning Ways In Italy 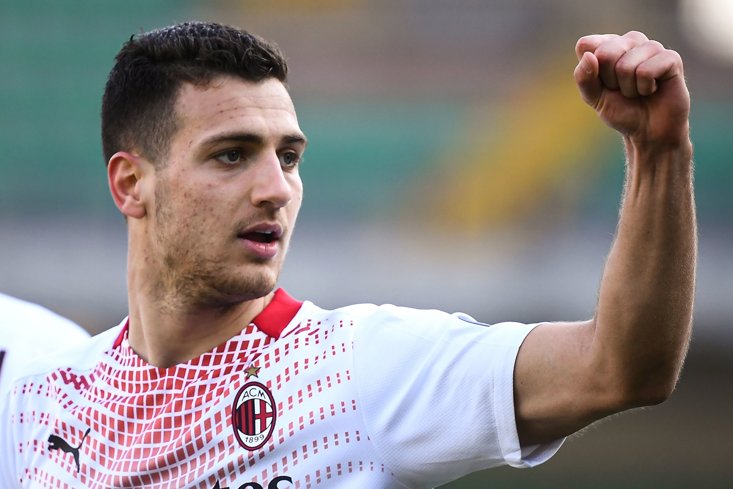 AC Milan moved to within three points of top spot in Serie A courtesy of a 2-0 victory over Verona, with leaders Inter hosting Atalanta on Monday night. Rade Krunic and Diogo Dalot, on loan from Manchester United, got the goals for the Rossoneri, who had lost ground in the title race after failing to win in three of their previous four matches.

Juventus returned to winning ways too, coming from a goal down to beat Lazio 3-1 as Alvaro Morata netted a brace, but the Bianconeri are still seven points off first place in third. Roma are fourth after Gianluca Mancini scored the winner in a 1-0 triumph over Genoa, while Napoli, who beat Bologna 3-1, are sixth.

Fiorentina and Parma, meanwhile, played out a 3-3 thriller. Parma defender Simone Iacoponi turned the ball into his own net in the 94th minute to cancel out teammate Valentin Mihaila’s 90th minute penalty which had looked set to settle the match.

Marseille Crash Out Of French Cup At Hands of Amateurs 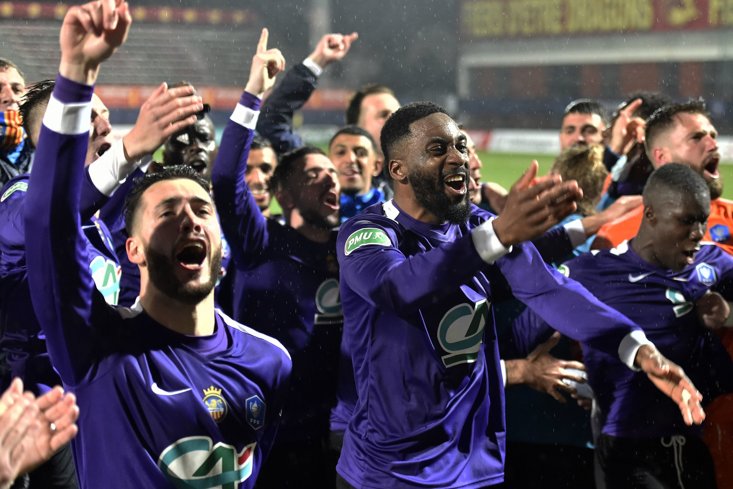 There was no Ligue 1 action as the Coupe de France took centre stage, and Marseille suffered humiliation, being dumped out in the Round of 32 by fourth-tier amateurs Canet-en-Roussillon. Arkadiusz Milik levelled after the French giants went behind but they had no reply to Yohan Bai’s 71st-minute winner.

Elsewhere, Paris Saint-Germain reached the last 16 of the competition as a Kylian Mbappe double helped Mauricio Pochettino’s side to a 3-0 win at Brest. League leaders Lille continued to enjoy their season with a 3-1 victory away from home against Ajaccio.

In Portugal, Porto beat Gil Vicente 2-0 on Saturday but remain 10 points behind leaders Sporting, who defeated Santa Clara 2-1 at home on Friday night. Rui Costa (not the Milan icon) equalised for the visitors on 84 minutes, but former Liverpool defender Sebastian Coates grabbed an important winner deep in injury time.

Benfica, who are struggling in fourth place a full 16 points off the top, head to Lisbon rivals Belenenses on Monday.

Ajax maintained their six-point lead at the top of the Eredivisie with a 3-1 win over Groningen. Seb Haller, who signed in January from West Ham, added to Ryan Gravenberch’s opener before former Southampton playmaker Dusan Tadic put the gloss on the win with a penalty.

Second-placed PSV won by the same scoreline at Fortuna Sittard, while it was a big weekend for Vitesse Arnhem, who beat third-placed AZ Alkmaar 2-1 to move to within a point of their opponents. Feyenoord also took advantage and are themselves only a win off AZ after hammering VVV Venlo 6-0 at De Kuip.