Football
News
The Serbian team could be the perfect antidote for Spurs' woeful start to the season
Jack Porter
13:45, 22 Oct 2019

As unflattering as their own recent run has been, Tottenham Hotspur’s latest Champions League group-stage opponents Crvena Zvezda (Red Star Belgrade) have a sorry record on English soil.

Red Star have won just one of their 10 UEFA European away games in visits to English shores - the last time almost half a century ago against Liverpool at the beginning November 1973, when they had a more premier reputation in Europe.

November 1973: Edward Heath was the British Prime Minister, David Cassidy was top of the UK charts, the Twin Towers of the World Trade Center were a little over half a year old, the most decorated player in English football history Ryan Giggs was just about to make his way into the world, and Last of the Summer Wine had just started airing.

Liverpool suffering defeat on that day led to an Anfield boot room crisis meeting, featuring that iconic triumvirate Bill Shankly, Bob Paisley and Joe Fagan. It proved something of a turning point and kicked started the Reds' European fortunes in the following years.

Tottenham can now themselves reinvigorate what has so far been a torrid start to their 2019/20 season with a convincing showing against Red Star in their third Champions League group-stage game tonight.

Spurs have won just one of their last seven matches in all competitions; a startling run that includes being knocked out of the Carabao Cup by League Two Colchester on penalties, and becoming the first English team to have lost by five goals in a home European match when Bayern Munich struck seven past them to Spurs’ two in their most recent Champions League fixture in north London.

Emulating their 2018/19 UCL campaign, when they were one half of the first all-English final in over a decade, has stuttered, with a single point from a possible six after meetings with Bayern Munich and Olympiakos in the group stage. 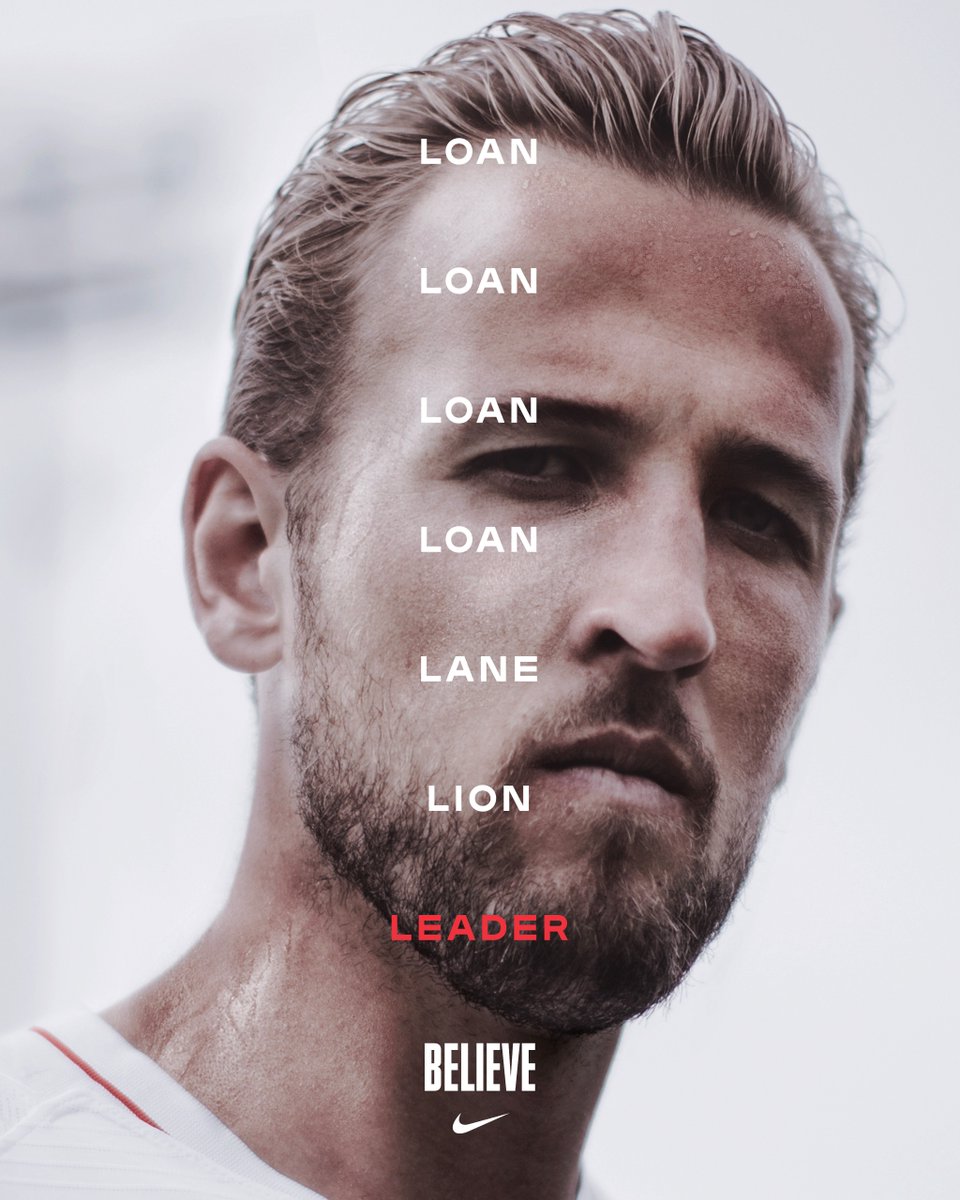 There are, however, the genuine ‘worldies’ whom the Spurs faithful have good reason to rely on, none more so than the man usually spearheading the attack. The talismanic Harry Kane has scored 14 goals in 16 UEFA Champions League group stage matches since the England skipper’s debut in the competition in September. Only Robert Lewandowski and five-time Ballon d’Or winner Lionel Messi have scored more in the group stages, with both having collected a haul of 19.

Manager Mauricio Pochettino maybe feeling the heat at the highest temperature of his five years at the helm of the Lilywhites, but in the Argentine Spurs have one of the most talented, relatively young and sought-after gaffers in the game. The recent barren run needs a real thrust, of which the opportunity against the Serbian side is there.

Pochettino, for one, is fairly nonplussed in regards to the speculation on his future, and their European opponents, stating in his pre-match press conference;

“The rumours happen in any club when you don’t win. That doesn’t mean they are true and you need to care or pay attention about what has happened. But I understand it’s the business.

“And if we don’t improve our performance, what is going to be the result?

“Always the same in football.

“In the Champions League you need to respect every opponent.

"It’s a different competition and they all have quality. Respect is most important. We are in a situation now where we need to improve ourselves and to be focussed on ourselves.

"We always try to focus on us and in this period, even more. Red Star have very good players, a very good squad and will be dangerous. If we are not ready to compete at our best, it will always be difficult. Every game is important and we need to recover our best feelings, play a solid game and try to win.”

Shortly after their Champions League match, Spurs visit Anfield to face Premier League table-toppers Liverpool, the Reds unbeaten in nine games of the new season, extending a run stretching back to the beginning of 2019. Anfield has been a merciless fortress since September 2018. A team claiming all three league points at Liverpool stretches back even longer, to April 2017.

A positive European midweek result for Spurs is surely required for what will be a monumental league challenge at the weekend. Red Star Belgrade may offer the respite Spurs require, and may prove to be the kick-start Pochettino’s men urgently need.

Football on BT Sport
@btsportfootball
Harry Kane running full pelt 😂
Pochettino's tears of joy 🙏
Lucas in dreamland 🙌
The images that will live in the memories of Tottenham fans forever!

256
2322
More
football
Book Review - King Eric: Portrait Of The Artist Who Changed...
Leeds. Irwin. £1million. Title. Double. Palace. Kick. Ban. Seagulls. Return. Liverpool. Double. [ ... ]
football
Replacing Rapinoe And Morgan? The Ladies Who Can Light Up The...
Write off 2020. The best thing about it is remembering how good 2019 actually was. One of the undeniable [ ... ]
football
Wembley Woe: When England Lost To Germany At Euro ‘96
In the summer of 1990 England tasted their first ever penalty shootout heartbreak when they went out [ ... ]
football
Get Ready For A Nostalgia-Fest With Italia '90 Podcast Vincerà!
Hosted by Mark Godfrey and running from June 8th to July 8th, Vincerà! is a 24-part podcast series [ ... ]
football
Harry's Heroes, Vinnie Jones And Revenge At The Battle Of San...
When Vinnie Jones started crunching San Marino players left, right and centre, it was clear the friendly [ ... ]
football
Prodigal Talent Of The German Game Is Turning RB Leipzig Into...
This article first appeared in The Sportsman on 07/12/19 What were you doing at the age of 28? If it [ ... ]
football
''I Was Really Wasted'': When Jurgen Klopp Woke Up Hungover...
This article first appeared in The Sportsman on 05/09/19 Anyone watching the Amazon Prime documentary [ ... ]
football
Book Review - Yer Joking Aren't Ya?: The Story Of Middlesbrough's...
In 1997, Middlesbrough Football Club reached the finals of both the League and FA Cup, had the might [ ... ]
football
Carragher's Brilliant Podcast Shows The Greatest Games Are The...
What’s the greatest football game you’ve ever seen?  Jamie Carragher doesn’t [ ... ]
football
Red Bull And The Football Training Centre Of The Future... Today!
It is now 33 years since Red Bull sold its first ever energy drink. Pre-April Fool’s Day 1987 [ ... ]
football
On This Day Messi's Barcelona Tally Hits 500 In El Clásico Triumph
If you’re going to hit a milestone, and one that no one in your club’s illustrious history [ ... ]
football
The Secret Behind The Success Of Lineker, Shearer And Wright's...
The unavoidable hiatus to the broadcast of the BBC’s flagship football programme will not deny [ ... ]
football
Neymar Jr... Junior! Santos Like The Look Of Ronaldo-Imitating...
On March 7 2009, a slightly-built 17-year-old from Mogi das Cruzes, São Paulo, walked out onto [ ... ]
football
Business As Usual: A Beginners Guide To The Belarus Premier...
If you’re going out of your mind without your football fix, well we’re sorry you just haven’t [ ... ]
football
Why June 30 Could Be D-Day For The Fate Of Premier League Season
England captain Harry Kane has added his voice to the growing calls for the Premier League season to [ ... ]
football
You Heard It Here First - Brescia's Sandro Tonali Is Italy's...
Since winning the World Cup in 2006, it has been turbulent time on the international stage for Italy. [ ... ]
football
A Reunion With Ancelotti Could Resurrect Rodriguez's Stuttering...
No club chews up and spits out world class players quite like Real Madrid. Yet, their sense of entitlement, [ ... ]
football
'Quickly Kevin' Is The 90s Football Nostalgia Podcast To Beat...
While the majority of sports podcasts scramble to fill the minutes within the disruption of the [ ... ]
football
Where Did It All Go Wrong For Phil Neville And The Lionesses?
Winning, Phil Neville recently said at the SheBelieves Cup, is what would bring England’s women [ ... ]
football
''Drop A Few Hand Grenades'' Keegan's Advice To Scholesy The...
A packed out Wembley roared like one of those indomitable Three Lions to greet England’s new messiah. [ ... ]
football
Rise Of The Couch Coach: Coronavirus Causes 119% Surge In Football...
Thousands of us are flocking to virtual reality and gaming to help fill the void of no live football, [ ... ]
football
Review: Diego Maradona - Drop Yourself Into The Great's Chaotic...
When Diego Armando Maradona arrived at Napoli in 1984 for a world-record fee, the entire city ground [ ... ]
football
Arsenal's Tough Choice - Is Donyell Malen The Ying To Aubameyang?
Arsenal’s inability to manage the contractual situations of their biggest stars has plagued them [ ... ]
football
Robbie Fowler Is Making His Mark As A Manager With Brisbane...
The curtains came down on one of the last bastions of football standing in 2020 this week. Before the [ ... ]
football
Long Live The King: Eric Will Always Be Manchester United's...
“If ever there was one player, anywhere in the world, that was made for Manchester United, it [ ... ]
football
I Was There - The Day Football Came Home To Wembley
The closest I ever got to attending the original Wembley Stadium was on its final day in operation in [ ... ]
football
'Sunderland Til I Die' Heads To The Boardroom In Netflix's Second...
The docks have been left deserted. The wealth has dried up. Wearside has become an impoverished place [ ... ]
football
How Chief Creator Silva Became New Face Of Premier League
Football has been cast into uncertainty by the coronavirus pandemic. As it stands, nobody is sure if [ ... ]
football
Lookback:Chelsea 6-0 Arsenal When Arsene's 1000th Game Went...
It was supposed to be an occasion to celebrate for Arsene Wenger, but his 1000th game in charge of Arsenal [ ... ]
football
Ronaldo, Kane, Hazard - The Winners And Losers Of Euro 2020...
So as of this week Euro 2020 became Euro 2021. Another casualty of the global Coronavirus epidemic. [ ... ]
This website uses cookies
Cookies help us and our partners provide statistics. By browsing this website, you consent to the use of cookies in accordance with our Privacy Policy and Cookies Policy.
Accept & Close