On Monday night Australia booked their place at the Qatar World Cup by beating Peru in their play-off match via penalty shootout. Socceroos shot-stopper Andrew Redmayne made himself the hero of the hour as his dancing antics were enough to put Alex Valera off and he saved the decisive penalty that sent his side through.

The clip of his pre-kick ritual has spread like wildfire across social media and has got us thinking about the other goalkeepers who have displayed their own unusual tactics to give them their best possible chance in shootouts.

The Liverpool legend delivered one of the most iconic goalkeeping penalty antics in history as he helped his side win the 1984 European Cup against Roma - the first European final to be won via penalties. The Zimbabwean approached his goal line wobbling his legs from side to side to put off Roma striker Francesco Graziani for the vital final spot-kick, which the Italian subsequently blazed over the bar. Grobbelaar’s ‘spaghetti legs’ have gone down in footballing folklore.

When Liverpool won the 2005 Champions League final, Dudek denied both Andrea Pirlo and Andriy Shevchenko to inspire his side to victory. Defender Jamie Carragher encouraged the Pole to emulate Grobbelaar and he demonstrated some sort of shuffle dance across his line as players were stepping up to hit their penalties. 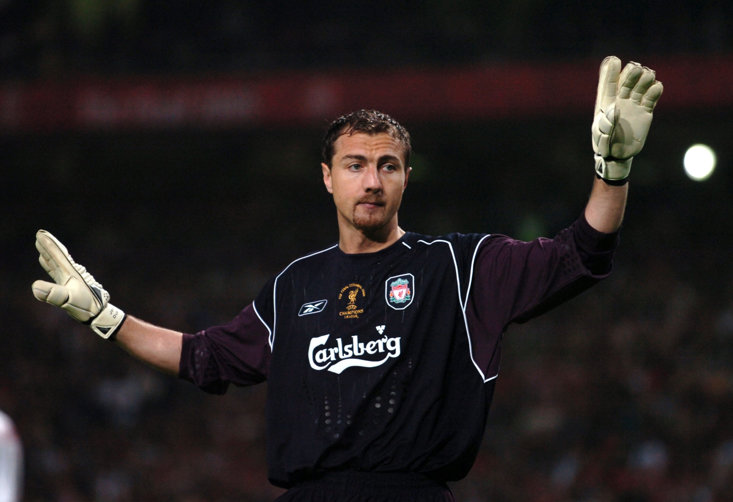 In a US college match in 2009, Hartford were up against Stony Brook and the Hartford goalkeeper Nenad Cudic deployed a bizarre tactic to put off one of the penalty takers to face him: cartwheels. Yes, that is correct, he decided to cartwheel around his goal line in an attempt to get into the striker’s head and, as you can probably imagine, it didn’t work. To rub it in the goalkeeper’s face, the striker did a cartwheel in celebration.

While there’s nothing wrong with a dance or wobbly legs, some goalkeepers try to give themselves another type of advantage. In this example from a K-League match in 2015, Lee was seen digging up the penalty spot as the officials were distracted by the players protesting against the decision to award a penalty. His plan worked as the spot-kick was blazed over the crossbar to the delight of Lee and his teammates.

More recently, Brice Samba made himself the hero as he booked Nottingham Forest’s place in the Championship play-off final in May. He saved three penalties and his source of power was research - specifically, some notes strapped to his water bottle. He had a list of all the Sheffield United players and where to dive for their penalty kicks. It’s fair to say it worked perfectly.