Football
News
The injured midfielder will miss the next couple of games but can't come back quick enough
Conor Keane
14:02, 21 Sep 2021

It has taken a year, and a difficult year at that, but Liverpool playmaker Thiago Alcantara has started to find his feet at Anfield in the heart of Jurgen Klopp’s midfield. The calf injury he sustained against Crystal Palace on Saturday could not have come at a worse time for him as he had just started to build momentum in his performances.

It had been an unfruitful first year in England for the Spain international. He wasn’t played in the role that he was expecting to come in and fulfil, with Klopp forced to play Thiago deeper than he would normally drop in the midfield due to the injury crisis the club went through last season. Midfield battler Fabinho was thrown into the heart of the defence to fill the large Virgil van Dijk-shaped hole that the Merseyside club suddenly had after the Dutchman sustained a season-ending injury. As a result, Thiago was left playing a hybrid role, breaking up play while also trying to implement his usual metronomic style in matches.

He would have been elated, along with everyone else associated with the club, at Van Dijk’s return to the side as it marked the point where the natural order would be restored to Liverpool’s lineup. This has allowed the Anfield faithful to witness the Thiago that they signed and the player who they saw light up Europe with Bayern Munich. The Spanish sorcerer has been a key figure in Klopp’s midfield in the early stages of this season and he has formed a solid partnership with Fabinho, which has looked perfectly balanced, with the Brazilian doing the hard work off the ball and Thiago being allowed to influence the game with his shrewd passing and excellent vision. 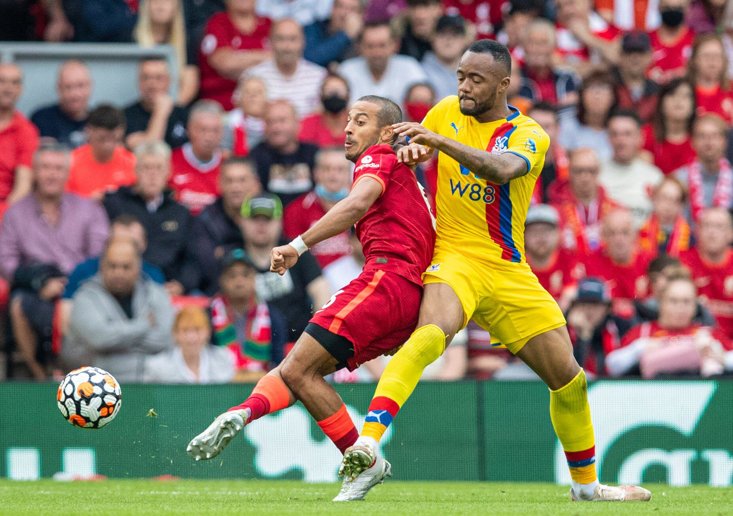 THIAGO HAS FINALLY BEEN ABLE TO PLAY HIS NATURAL GAME

With one assist already to his name this campaign, he has already surpassed his total last season, which just shows how the injury crisis at the club last year prevented him from having the impact on games that his abilities would suggest. It is a blow that he will be unavailable for a minimum of two matches with the calf injury that forced him off in the comfortable victory against Palace. Hopefully it is just two games he misses, as the midfielder has shown so far this term how influential he can be for the Reds in his natural position. With the freedom to receive the ball and progressively work it up the pitch, he will help move the ball quicker into dangerous positions to set the likes of Mohamed Salah and Sadio Mane away.

It was never in doubt that Thiago would come good on Merseyside. Players of his ilk never lose their God-given talents, and now we should start to see Liverpool reap the rewards from having such an experienced player in the middle of the park. They will just be hoping that his injury only keeps him out of just the two matches they expect as the club looks to reclaim the Premier League title from Manchester City this season.

Betfred are offering 7/2 on Liverpool to win the Premier League this season.