Football
News
After an opening day defeat, Chelsea could welcome back the likes of Sam Kerr and Fran Kirby to the starting line-up against Everton
Kieran Spratt
06:55, 12 Sep 2021

Reigning Women’s Super League champions Chelsea only lost one league game on their way to back-to-back-titles last season but Emma Hayes’ side were dealt a bitter blow in the opening game of the 2021/22 campaign as they were beaten 3-2 by London rivals Arsenal.

Though last weekend’s defeat comes as a bit of a shock, there are a number of reasons why the Chelsea faithful can feel optimistic for the rest of the term; it was only the opening game of a nine-month campaign, Beth Mead’s winning goal was offside and, perhaps most importantly, the Blues’ returning Olympians could enter the fray when they take on Everton at Kingsmeadow on Sunday and that will make a world of difference.

A number of Chelsea players were in action for their respective countries this summer at the Olympic Games in Tokyo and while most returned to training at the end of August, Hayes opted to give her returning stars an extended break when it came to starting a full 90 minutes.

“My players got a break,” Hayes said. “After a long 18 months, think of the players that didn’t get a break. They might be okay today, but these professional players are putting in a lot of time.”

“You can’t expect the players who have been playing for seven weeks pushing their levels to a certain point are going to be ahead of the players that have just returned.”

The likes of Sam Kerr and Fran Kirby especially, who were in action for Australia and Team GB respectively in Japan, were utterly crucial to Chelsea’s blockbuster season last time out. The duo, compared to Andy Cole and Dwight Yorke by their manager, were absolutely sensational, with Golden Boot winner Kerr chipping in with 21 goals and seven assists and Kirby notching 16 goals and 11 assists. 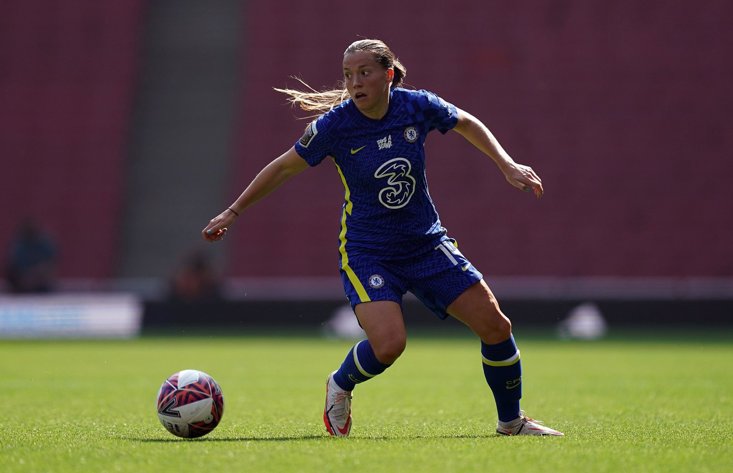 The duo only made bit-part appearances at the weekend, both coming on at the 56th minute mark and while they were obviously still working themselves back to their brilliant best, they will be as deadly as ever once they’ve regained their sharpness.

Chelsea face Everton this weekend, who themselves suffered a horror opener in the WSL last weekend, crashing to a 4-0 defeat against Manchester City at Goodison Park. The Toffees are tipped to potentially gatecrash the league’s top four season though, so a defeat to City, who finished second behind Chelsea last season by a single point, is hardly cause for concern.

Willie Kirk’s side will be eager to prove a point though and Hayes will have a big decision to make with regards to the return of some of her returning superstars, particularly Kerr and Kirby. Give them more of a role from the bench against the Merseyside outfit and she could rue the missing firepower like she did against Arsenal. Roll the dice and let them start from the beginning of the match and she could potentially curtail some much-needed recovery.

Chelsea have been absolutely dominant in recent seasons but there are already signs that this campaign will provide Hayes with her sternest test yet. They're quite rightly the favourites, but a third WSL title in a row is far from a given.