St Helens’ latest Grand Final win underlined their dominance of the domestic rugby league landscape and begged the question, who on earth can stop them?

Underdogs Leeds gave it everything under the Old Trafford lights on Saturday night but still got nowhere near Kristian Woolf’s champions, with their head coach now proudly acclaiming them the greatest side in the Super League era.

So what did we learn from the 2022 Grand Final?

We learned that this St Helens team epitomises what champions are all about.

From opting to stay at home rather than a hotel, from ignoring all hype and disciplinary headlines surrounding their players in the build up, to the manner in which they dispatched Leeds with the air of a side who had another couple of gears left if required.

We learned again that Jack Welsby is a superstar. His halfback partner Jonny Lomax took the headlines as man-of-the-match, but the 21-year old Welsby was class again, both on the pitch where he ran the Rhinos ragged, to off it, as he stayed late for media interviews while clutching two bottles of beer in each hand.

We learned that Kristian Woolf leaves big shoes to fill. The Australian has endured a dream three years at Saints, winning the Grand Final in every season. He heads home to the NRL with a heavy heart and told The Sportsman he has become a much better coach through his time at Saints than he was when he arrived.

We learned that resurgent Leeds are still way off competing for silverware again. Just reaching the Grand Final having been second bottom when Rohan Smith took over represented a staggering feat, but there is plenty for Smith to do to bolster this squad and make the club into a heavyweight again. Saints won’t admit it but they were glad to be playing Leeds rather than rivals Wigan on Saturday. Expect Wigan to be Saints’ closest challengers as they bid for five in a row next season. 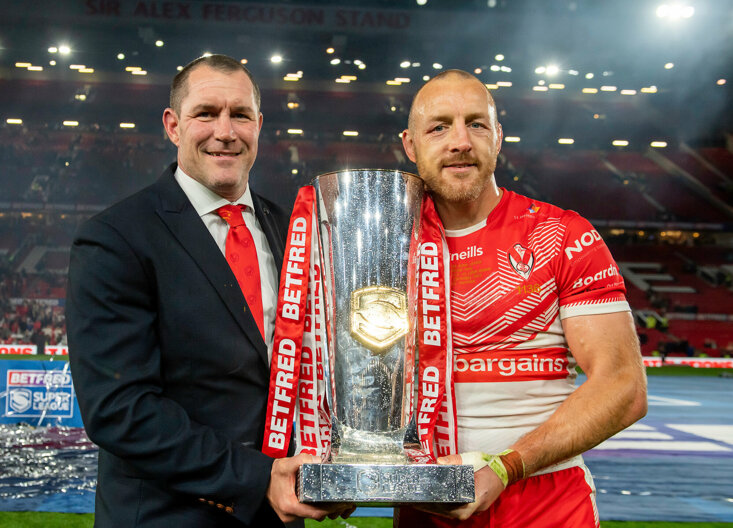 And we learned that the Grand Final remains a brilliant rugby league occasion. Just over 60,000 turned up, which is comparatively low on attendance figures down the years, but given the way the world is right now, and with a home World Cup imminent, it looked, sounded and felt like a big success.

The other huge talking point throughout Grand Final week has also spilled into this week. Domestic bans counting for the World Cup and denying this showpiece competition some of our biggest stars.

At a time where the sport is in need of top-to-bottom revitalisation, sidelining our superstars from the biggest global showcase it currently has - for mistimed tackles in club games - just feels like the most self-destructive, indeed the most rugby league thing ever.

Wigan’s John Bateman was hit with a three-match ban for his semi-final sending off against Leeds, prompting the farcical situation by which he was named in the England Knights squad to see out his ban for the second string.

St Helens then used the disciplinary panel’s own words against them to “free” Morgan Knowles after his ban, although he’s since been hit with another.

Gil Dudson seeing his hopes of a last World Cup with Wales go up in smoke in a split-second flashpoint at Catalans.

Tonga are deprived of Jason Taumalolo following his suspension for a high shot in the NRL playoffs with Parramatta. It’s a long list.

Sure you can’t have a free-for-all where blind eyes are turned to domestic discretions just because there’s a World Cup looming, but football seems to work okay with not transferring Premier League bans into European competition.

Elsewhere, Featherstone felt the cut-throat reality of sport at the top level, as their promotion hopes went up in smoke without reaching the Grand Final.

Rovers went all out for promotion this year, bringing in legendary coach Brian McDermott to steer the ship, but were left stunned at home to Batley who will instead play favourites Leigh in the Grand Final. McDermott then resigned - so where does he go from here?

With just the Championship and Betfred League 1 playoffs to conclude, attention will soon switch to a home World Cup which the entire sport hopes can be the springboard to capture the public’s imagination in the same way that football’s Lionesses did during the summer’s Euros.