In Liverpool you are traditionally a red or a blue – but this weekend it’s fine to be a Purple.

City of Liverpool FC, founded only in 2015 as a protest against the commercialisation of the Premier League, take on Buxton on Saturday in FA Cup qualifying. And ‘The Purps’ are no shrinking violets, but a highly politicised supporter-owned club that have rattled a few cages.

Many of their small but fiercely loyal band of fans – in exile currently in Ellesmere Port having ground-shared with Bootle - have turned their backs on top-flight football. The ones that haven’t, and still go along to Anfield or Goodison Park occasionally, are still warmly welcomed and affectionately dubbed ‘Lilacs’.

The role models for City of Liverpool are not Manchester City or Chelsea – but similarly member-owned Clapton FC in east London, and Merthyr Town in Wales.

Chairman and co-founder Paul Manning said: “We were a small group of Liverpool supporters who were sick of the way things were going.

“Not so much the club even, more the effect of the Premier League. It was getting so expensive, you couldn’t get access to tickets and there were so many tourist fans.

“We wanted an alternative to the globalisation and monetisation for people that had been priced out.

“We have hard-core fans, maybe 200, who have completely stepped away from Liverpool, Everton and the Premier League – they are ‘Purples’.

“And we have fans who still go to Liverpool and Everton if they get a chance, and they are ‘Lilacs.’

“As a club we have spoken out about things, and it has hurt us at times. We have upset the applecart at a local level, overtaking clubs quickly. But I think we’ve lit a fire under a few of them.

“If we have ruffled feathers it is also the causes we support. We were big supporters of Jeremy Corbyn, socialism and fairness in society.

“That mantra you hear ‘Keep politics out of football’…except neo-liberal capitalism, apparently that’s okay because that’s what the world runs on.

“Disappointingly we are in Ellesmere Port, we hope temporarily, at the moment after years sharing with Bootle.

“When we started it soon became apparent why it was hard for a non-league club actually in the city of Liverpool - there was no facility. There still isn’t. 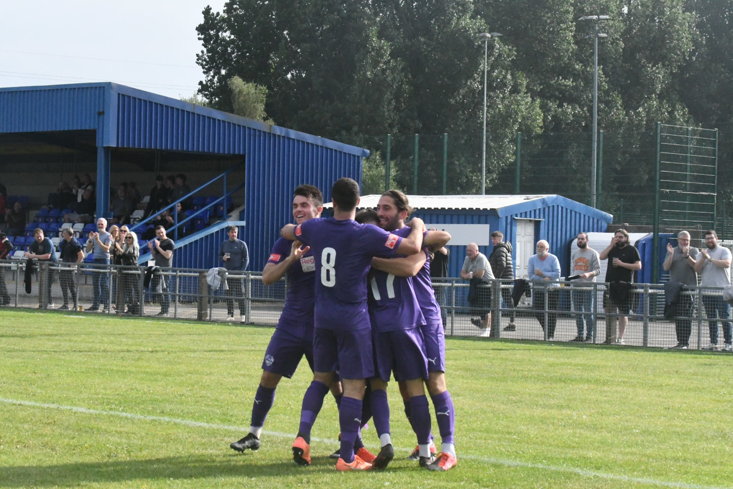 “But we are working very closely with the city council trying to develop a community football stadium in the Fazakerley. It is a disgrace that a club representing the city can’t play in the city.

“However we are on a very sound financial footing, we are supporter-owned with at any one time between 1,500 and 1,700 members. They all carried on paying last season even when it stopped.

“And even with the pandemic or us being out of the city for a season or two there is no chance whatsoever the club will sink.

“The Buxton game is huge for us. We beat Farsley Celtic from two levels above in the last round and Buxton are only a level up, plus we beat them in the FA Trophy last season.

“They are owned by a multimillionaire, so that’s a culture clash.

“We dreamed about getting to the first round of the FA Cup when we formed the club. We should grow out of these dreams as grown-ups - but we don’t.”

City of Liverpool’s proud captain Nathan Burke was on the books at Anfield until being let go in 2014 – so played alongside the likes of Harry Wilson, Sergi Canos, Jordon Ibe and Sheyi Ojo.

The 26-year-old Scouser and midfield driving force for the team works as a football coach during the week, combined with some window-cleaning.

He said: “I was at Liverpool for nine years and loved every minute. People might say for me ‘you left Liverpool, where are you at now’.

“But I consider it a privilege to be playing at the level I am. Many fall by the wayside when they don’t get a pro contract and just stop playing football altogether.

“I also played for FC United in Manchester and the two clubs are very similar in their outlook, almost identical.

“They are both fan-owned, although FC have more history and are further ahead in their development. ​​​​​​

“City of Liverpool is just starting really, but I do believe they could even go a step further if we can get our own stadium in the city.

“Normally there is only bitter rivalry between Liverpool and Manchester but there is common ground over the love of non-league football and community you find in these clubs.

“My FA Cup highlight so far was at Warrington Town when we beat Exeter in the first round, that was televised and really special. 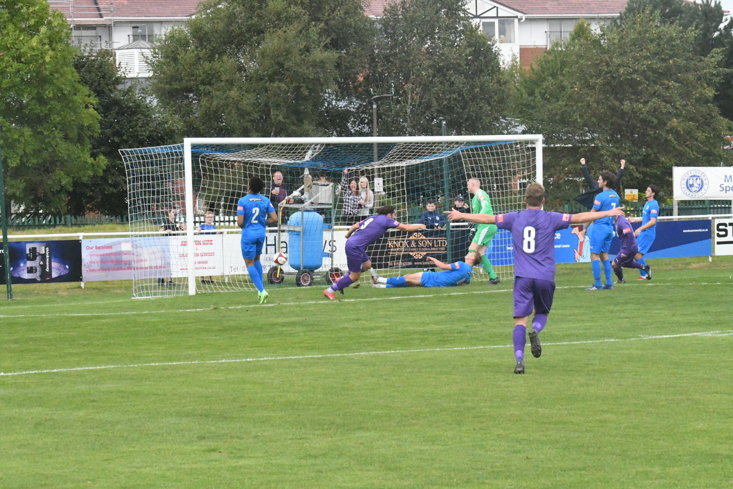 “So I have tasted that and to get to the first round with City of Liverpool would be unbelievable.

“My family is like many in Liverpool – it’s pretty split with a lot of Reds and also Blues. So even though I’m a Liverpool red, purple is okay for me.”