Football
News
Wayne Rooney thrived on the big occasions as a player, now he has the chance to do it as a manager
Simon Lillicrap
17:00, 26 Feb 2021

Since he burst onto the scene as a 16-year-old, scoring that goal against David Seaman in the Arsenal net, Rooney has thrived on the big occasions. Having played and scored in both the Merseyside derby and the Manchester derby, as well relentlessly winding up Liverpool fans throughout his career, now he will attempt to take his strong record into the dugout, as we approach his first East Midlands derby.

His start to his managerial career has been nothing short of impressive. At the time of his appointment many questioned his experience, his tactical nous and his man management skills but Rooney has silenced those doubters and led Derby away from the bottom three. Having won nine of his 21 games in charge, to give him a win percentage of 41%, he has taken the Rams from the bottom of the table to within five points of the top half. 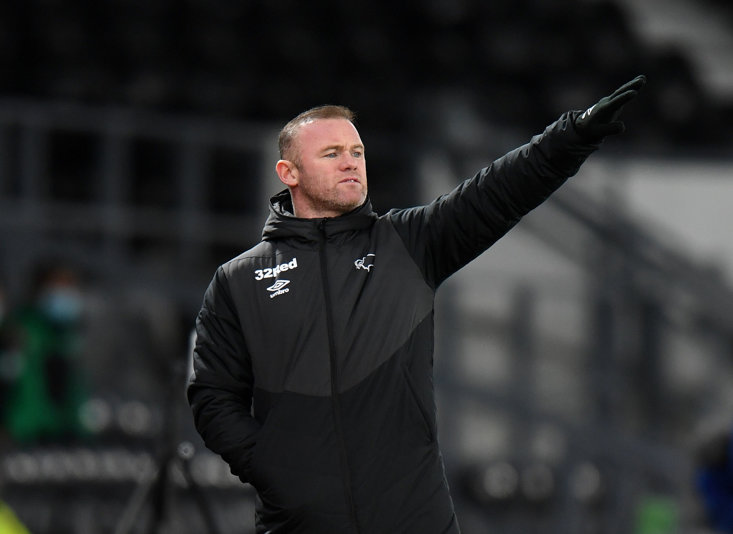 His main success has been sorting out a defence so leaky it had left them bottom of the table. Three consecutive clean sheets in early December against Brentford, Stoke and Swansea gave them belief, and they haven’t looked back since, following that up with three crucial 1-0 wins in January. Andre Wisdom has stepped up as a centre-back and 19-year-old Lee Buchanan has been trusted by Rooney and made the left-back position his own. Those two have formed a good understanding and provided stability in a crucial area of the pitch.

Up front, Colin Kazim-Richards, the forward with more clubs than Rory McIllroy has settled down at Pride Park and impressed the new boss so much he has just signed a contract extension. His physicality gives Derby an easy out ball when under pressure while he has also scored six goals this term.

Rooney’s tactical flexibility, switching from four at the back to five at times, as he did in the win over Huddersfield in midweek, also shows the confidence of a manager who knows relegation is no longer a threat. Having got the basics right early doors, these slight tweaks in formation show Rooney and his Derby side are still developing, and he has the nous to get the best out of his team, depending on the opponents. 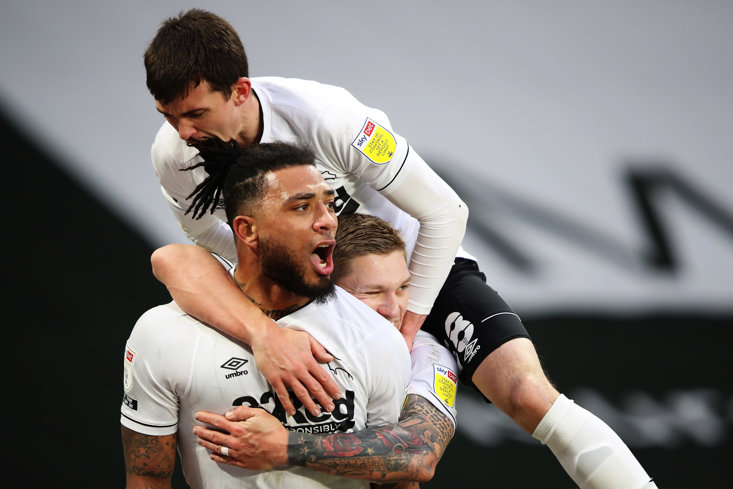 Talking of the opponents, they don’t come any bigger than Nottingham Forest for the Rams. Their arch-rivals have mirrored their own season, in the relegation zone at the start before sacking Sabri Lamouchi and bringing in a new manager, who has led them away from danger. Chris Hughton certainly boasts more dugout experience than Rooney, having managed in the top flight, but can the former England international use his big game experience to secure a vital win on Friday night?

The real shame building up to this one is that there will be no fans in attendance. After a sunny day, a Friday night derby under the lights at Pride Park with the crowd roaring both teams onto the pitch would have made the hairs stand up on the back of your neck. Rooney is yet to experience the Pride Park faithful in full voice, and he would’ve surely thrived off their support, but he can be sure everyone one of them will be right behind him tonight in spirit.

The overhead kick at Old Trafford to stun City. Cupping his ears in front of an enraged Kop after silencing them with a long range effort. We may not get a classic Rooney celebration tonight, but beware Forest, derby day tends to bring the best out of him.